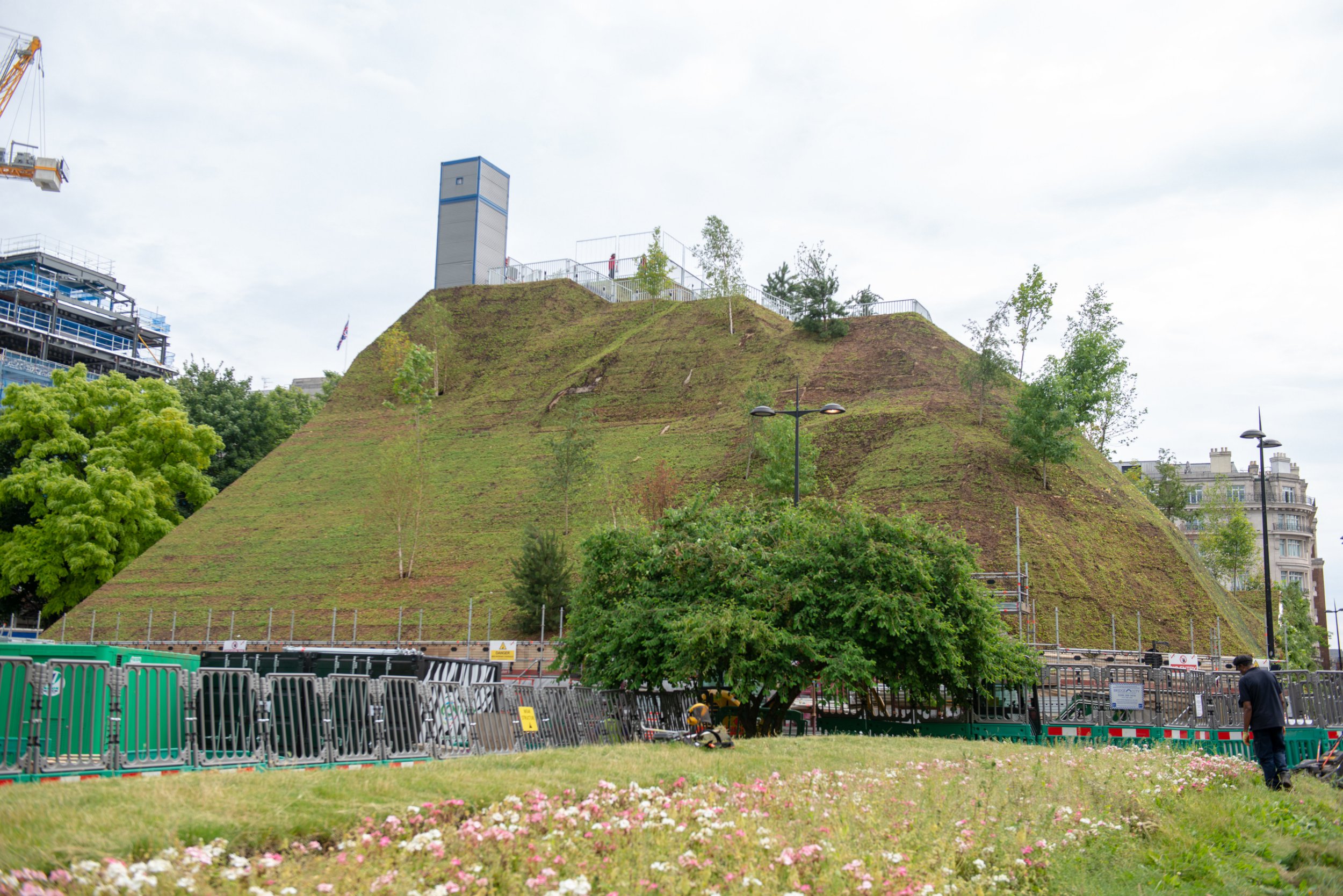 The Marble Arch Mound has been closed just two days after opening after being branded ‘the worst attraction in London’.

Visitors paying £6.50-a-ticket to see the attraction felt let down, with people branding it a ‘trash heap’, comparing it to a hill from Tellytubby Land.

City of Westminster Council admitted it was ‘clear that it is not ready’, but didn’t say why the mound was opened on Monday if it wasn’t finished.

The mound was designed by Rotterdam-based MVRDV architects, a world-renowned design firm who hoped the mound would create new jobs and fight pollution.

But looking at it now is very underwhelming, compared to the 3D design of a lush green landscape that set everyone’s expectations far higher.

Families living near the site had begged authorities to ‘end this madness’ before it was even built, begging councillors to reject a planning application in February.

A council spokesman told the Times: ‘It is clear that it is not ready. People who have paid should have the right to go up.

‘But ultimately we know it’s not ready. We acknowledge that. That’s why we are not letting people up.’