Meghan and Harry introduced Archie Harrison Mountbatten-Windsor to the public a few days after his birth, during a press conference at Windsor Castle in May 2019. The couple appeared besotted with their son and took the opportunity to introduce him to Prince Philip and the Queen, too. However, due to the couples’ determination to raise their child as a “private citizen”, many royal fans have speculated that they may have not been completely honest about their son’s birth.

In an article from May last year, US outlet The List explained: “Within a few days of Archie’s birth, a strange new rumour began spreading.”

Many sceptics allegedly thought Meghan and Harry were lying about Archie’s real age, based on the Duke of Sussex’s description of his son.

During the Windsor Castle press conference three days after Archie’s birth, Harry told the media: “Everyone says that babies change so much over two weeks, so we’re sort of monitoring how this changing process happens over this next month really.”

However, some figures online challenged Harry and claimed he had actually said: “Everyone says that the baby has changed so much over two weeks.” 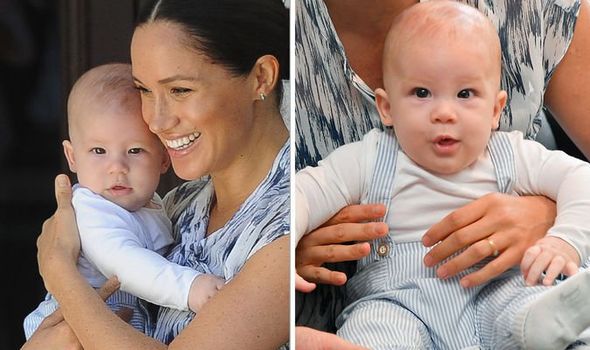 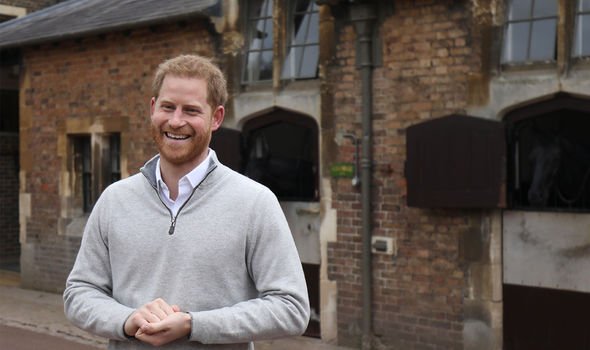 Lady Colin Campbell is expected to refer to this in her revelatory new book, ‘Meghan and Harry: The Real Story’ which was released last week.

Royal fans commented on Twitter, who said they have already read Lady Colin’s book, backed up this theory.

One claimed: “As Archie was introduced to the press as being two-days old, Harry says Archie changed so much over the past two weeks.

She added: “Note the change in MM’s [sic] expression following the gaffe.” 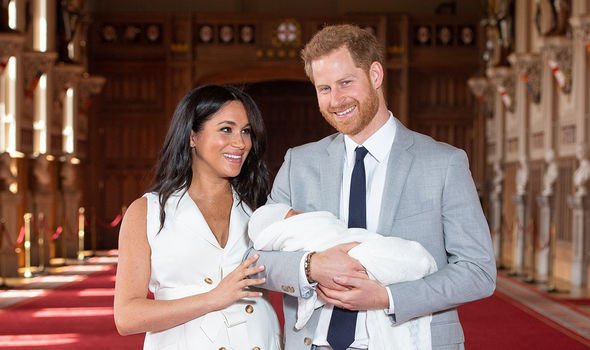 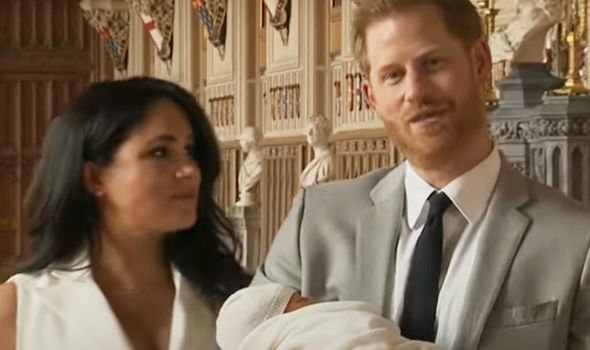 This tweet, with 211 likes and 24 retweets, was published yesterday and noted how Meghan fiddles a lot while Harry is talking.

Indeed, Entertainment Tonight reported in January 2019 that Meghan herself told an anonymous woman she was expecting to go into labour between late April and early May.

The List pointed out: “If Meghan did give birth in late April, it’s also reasonable to believe that we might not have known.

“After all, Buckingham Palace revealed that Meghan and Harry would be keeping the ‘plans around the arrival of their baby private’ and would share the news ‘once they have had an opportunity to celebrate privately as a family’.”

The Palace then released a statement on May 6 claiming Meghan had gone into labour when later information revealed she had already delivered Archie by the time of the announcement. 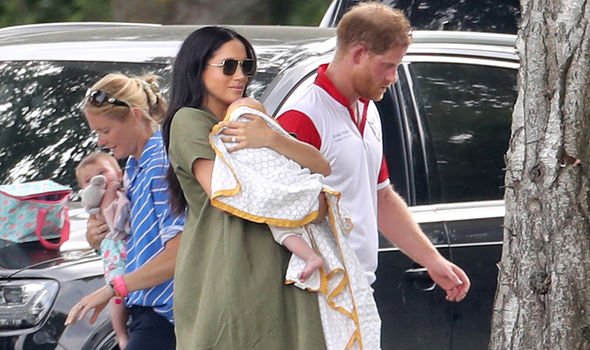 The List also pointed out that April 26, 2019, an ambulance and a helicopter were seen near Meghan and Harry’s home.

It added: “Prior to the official birth announcement — but after the ambulance hullabaloo — Queen Elizabeth paid a visit to Harry and Meghan’s home.”

Royal tradition dictates that the reigning monarch must always be the first person to know of a royal birth.

Prince William and Kate Middleton also visited Frogmore Cottage before the announcement, although the reason for their trip was never clarified.

Others asked why Harry had been determined not to show Archie’s face too closely during the press conference. 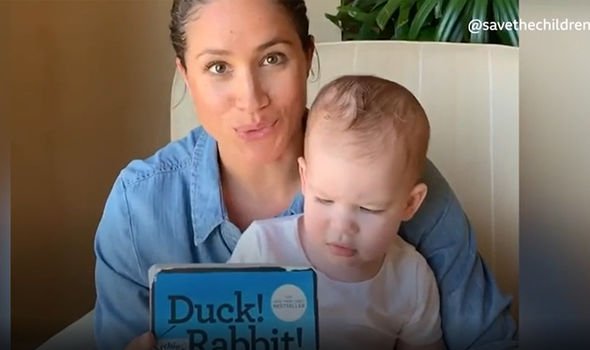 Some fan accounts pointed out that, despite having a booming Instagram account at the time of Archie’s birth, the couple refused to upload photographs of him when he was an infant.

One royal fan account asked: “Where are the photos of Archie??

“He’s gotta [sic] be 3 months old — and we’ve seen [Duchess of Cambridge’s] children at such a young age — even Louis was photographed at 13 days!”

However, Archie’s official birth certificate states that he was born at Portland Hospital in London, England, on May 6.