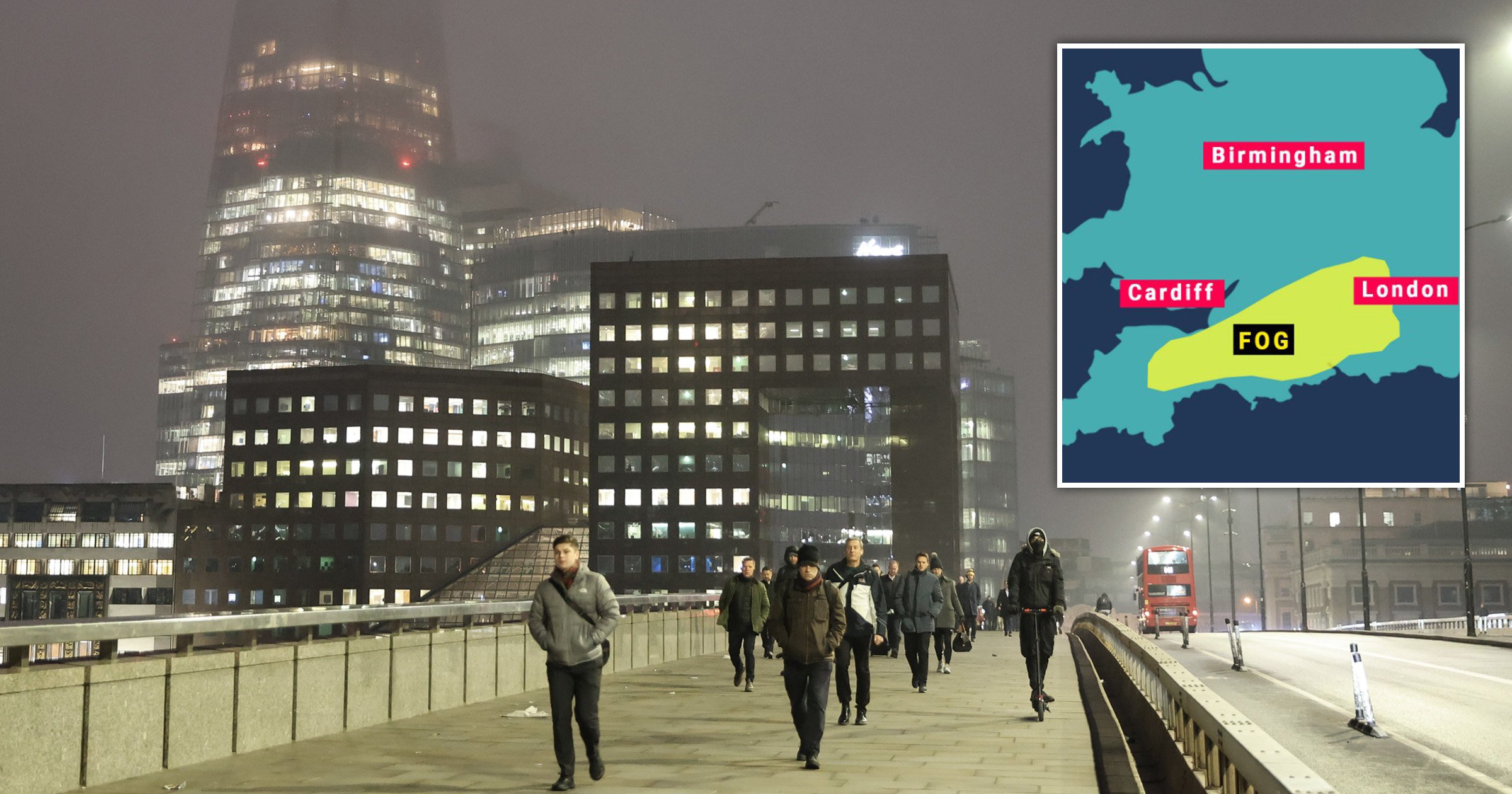 Parts of the south of England have been told to brace for a new yellow weather warning for ‘freezing fog’ this morning.

The Met Office last night said the warning had been issued for London, as well as the south-west and south-east of England, and is in place until 8am today.

The Met Office said ‘patchy freezing fog’ over parts of Dorset, Somerset and Wiltshire would be dense at times overnight but should clear on Wednesday morning.

Areas stretching from Exeter to Oxford are set to be affected, with lows in that region of -5C recorded at Benson in Oxfordshire, Farnborough in Hampshire and Wiltshire’s MoD Boscombe Down.

Earlier this week more than 80 British Airways flights were grounded and 12,000 passengers were impacted after the fog covered the runways.

Numerous other airlines were also affected as temperatures hit lows of -5°C on Monday.

Experts said visibility could be as low as 50 to 100 metres was likely in a few areas and some untreated surfaces could turn icy, resulting in ‘potentially difficult driving conditions’.

Commuters have been told to brace for delays both on the road and on public transport services. There was also a chance of delays or cancellations to flights.

The fog was also due to hit Bath, Bournemouth, Christchurch, Poole, Devon, South Gloucestershire and Swindon.

An overnight low of  -8.6C was recorded in Benson on Monday, with Altnaharra in northern Scotland a comparatively balmy 10.6C.

The Environment Agency has 23 flood warnings in place across England.