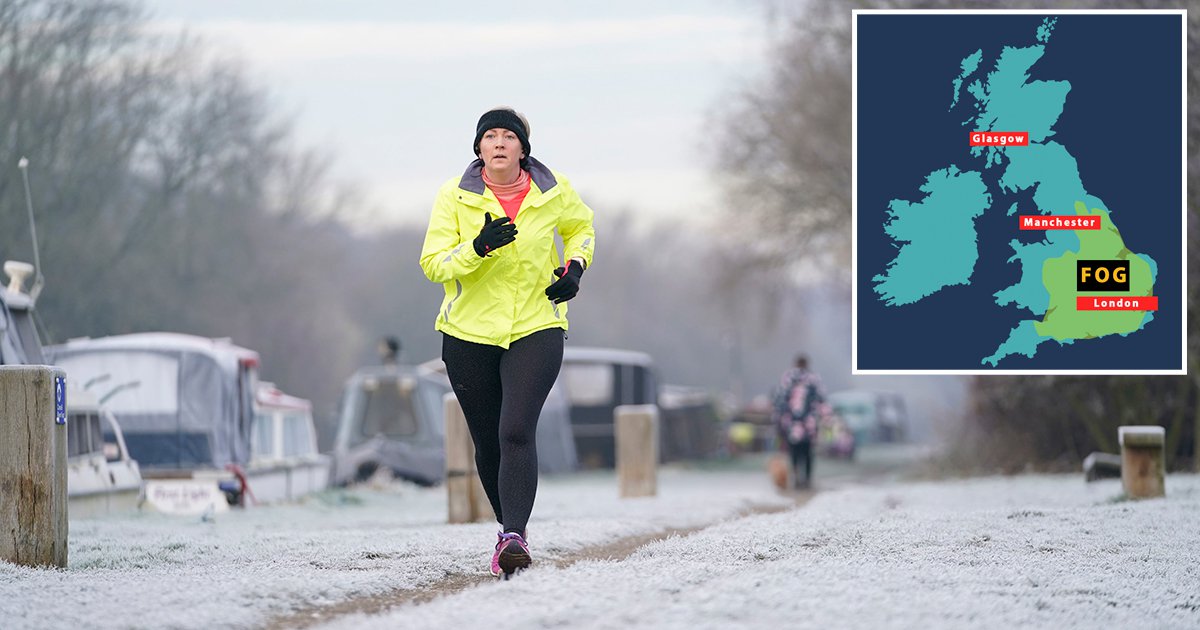 If you live in England, there’s a good chance you noticed scenes like these after looking out the window this morning.

Last night was a proper winter’s night, leaving frost on the ground and misty, foggy skies.

Photographs show white landscapes and people braving the cold to take their dogs for a walk or even go for a jog.

Temperatures fell to below zero in many areas overnight, with Benson in Oxfordshire dipping as low as -6C.

The Met Office said there had been a ‘frosty start for much of England and Wales with patches of freezing fog, slow to clear in some parts of central and southern England’.

For the coming night, people should expect ‘clear intervals with possible frost in parts in the south and east along with a few fog patches’.

They said it would be windier in the north and west, with bands of cloud and rain moving southeastwards.

A yellow warning for fog is in place until midday today covering much of England.

The Met Office said it could freeze in some places and disrupt transport across England and the eastern edge of Wales.

He said: ‘The fog is going to be most widespread in southern, eastern England, into the Midlands and the east side of Wales too.

‘Not everywhere within that warning will be foggy, but the main message to drivers is to allow some extra time for your journey because there could be fog around.’