Food retailers give discounts and free samples as inflation peaks

FOX Business correspondent Madison Alworth has the latest on response to record-high inflation on ‘Varney & Co.’

Various limited-edition kitchen items will be included in a themed breakfast bundle to be released on January 27, 2023, the brand said.

THE POPULAR CEREAL THAT DEBUTED THE DECADE YOU WERE BORN

The new drop will feature General Mills-themed items such as a Cinnamon Toast Crunch mini fridge.

The mini fridge is a Cinnamon Toast Crunch-themed, table-top fridge to store breakfast essentials such as cereal and milk. 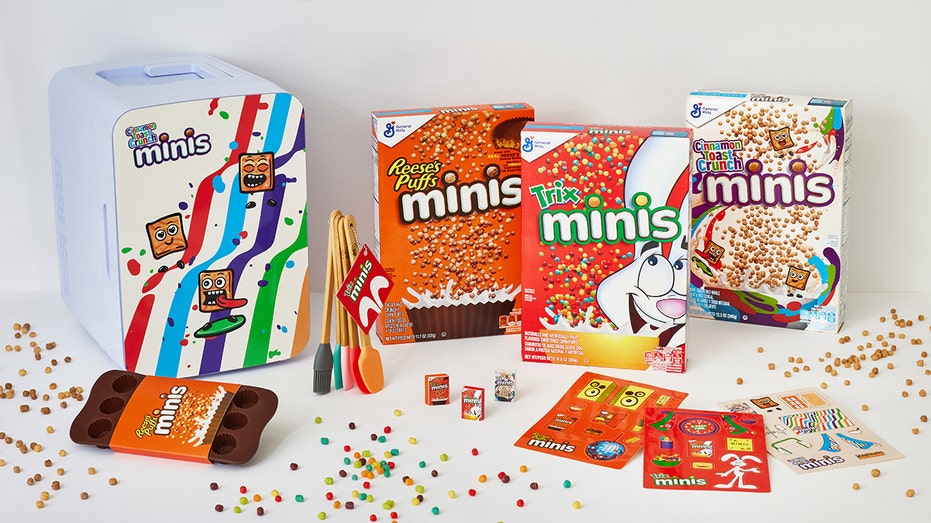 It will also include a Trix mini utensil set with tools to make mini Trix waffles and pancakes.

The bundle also holds a Reese’s Puffs silicone mini mold to use for baking mini cereal into muffins. 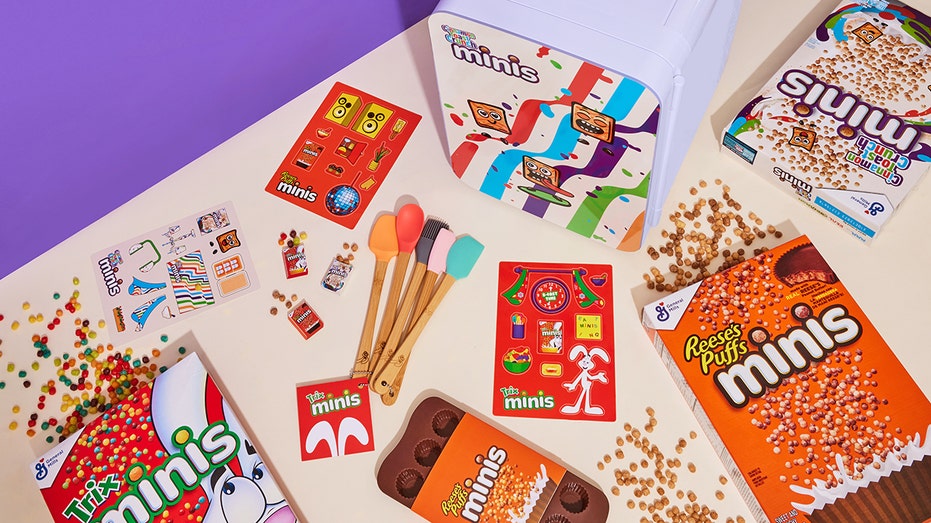 "After we saw such a positive reaction with our initial minis drop, we wanted to bring fans an even bigger, mini surprise," she said in a media statement.

The bundle can be purchased at cerealsociety.com on January 27 for $45.

"By shrinking the kitchen to match our minis cereals, new culinary creativity is unlocked, and the entire breakfast experience is transformed," the communications manager said. 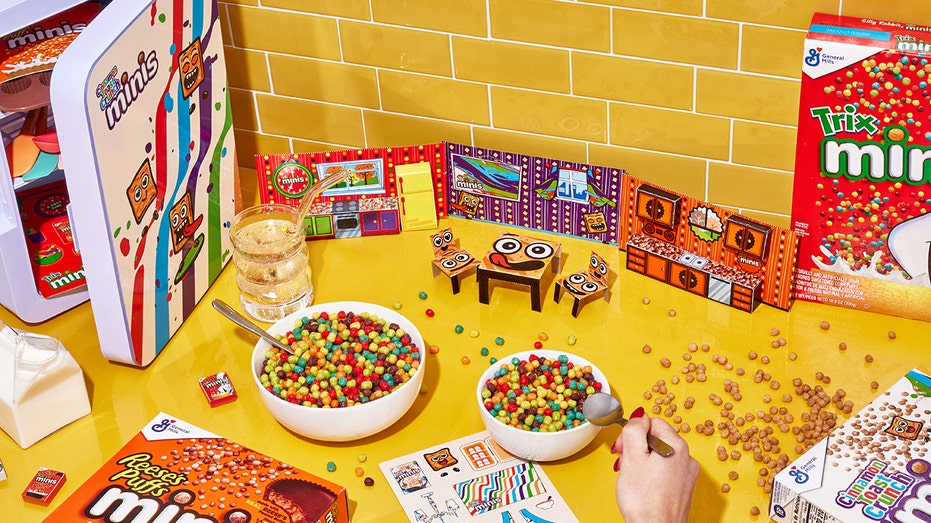 The bundle also includes stickers inspired by Cinnamon Toast Crunch, Trix and Reese’s Puffs to be used to decorate mini kitchens printed on the back of the cereal boxes.

"We can’t wait to see the fun [that] families cook up together," she said about the activities that consumers can enjoy with the bundle.

General Mills is the parent company of other food brands such as Cheerios, Nature Valley, Pillsbury and Betty Crocker.