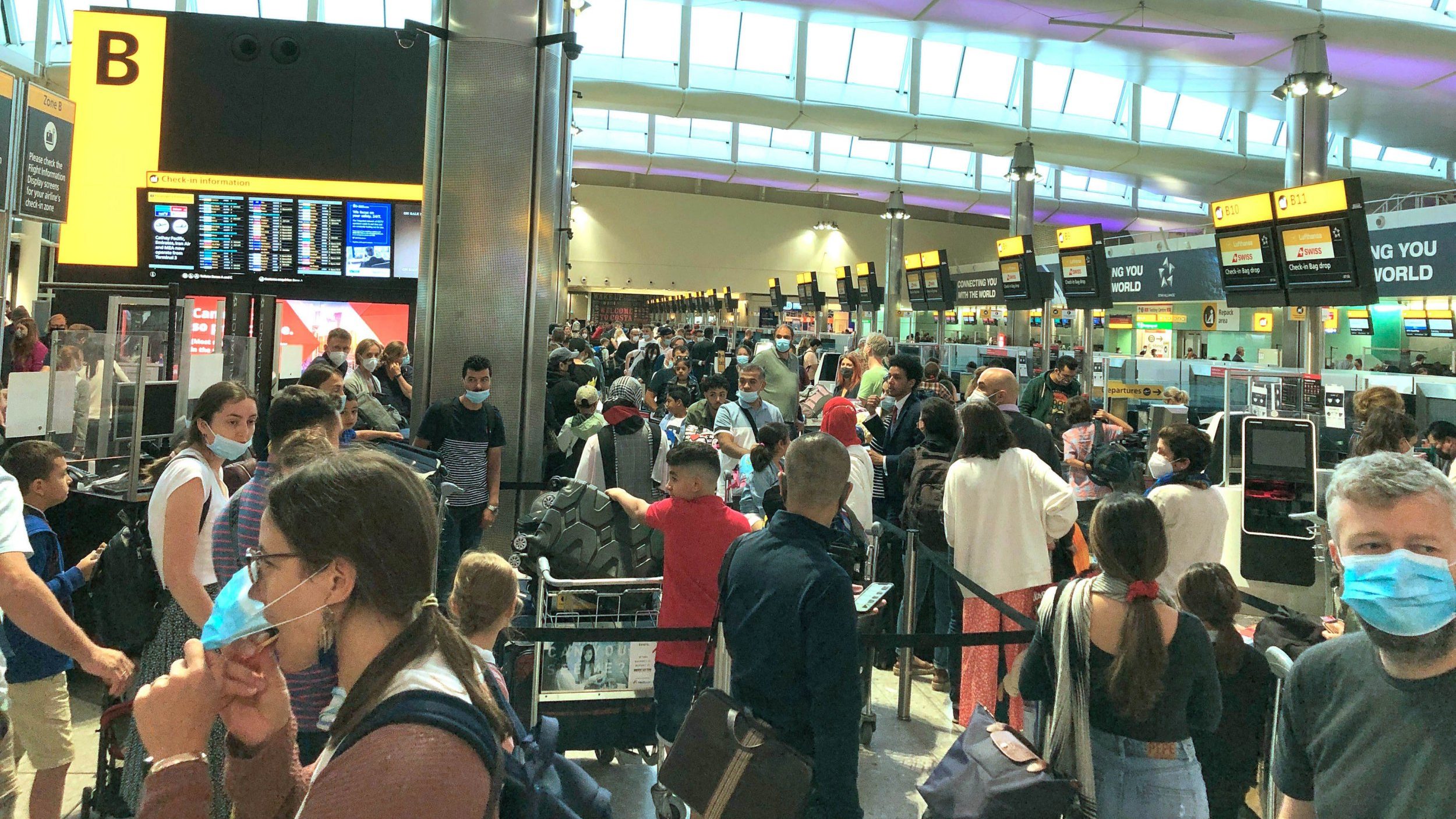 A minister has apologised for delays at the border after holidaymakers complained about ‘total chaos’ at airports.

As schools closed and summer holidays began for millions, airports and airlines are expecting their busiest weekend of the year, with hundreds more flights and thousands more passengers than at the peak of the pandemic.

But passengers complained of long queues to get through departures and arrivals yesterday, with images posted on social media showing crowded terminals.

Policing minister Kit Malthouse suggested airline staff could be among those given isolation exemptions to relieve the ‘pingdemic’.

He told Times Radio: ‘I know Border Force are one of the frontline services that will be able to access more of this test and release.

‘And I think at Heathrow yesterday we had a technical issue with the e-gates where they went down for 90 minutes or so. That caused a problem and I’m very sorry about that, and I’m sorry for the people that were inconvenienced.

‘Hopefully Border Force will be relieved of some of the aspects of the pingdemic.’

More than 600,000 people in England and Wales were told to quarantine by the NHS Covid app in the week to July 14, with the Government saying on Saturday that an extra 200 testing sites will be opened so that daily contact testing can be ‘rolled out to further critical workplaces in England’.

Chief executive John Holland-Kaye said additional staff would be on hand to ensure passengers have a ‘smooth journey’.

But Fiona Brett, a violinist travelling to Frankfurt with the Chamber Orchestra of Europe, said she had to queue for two hours to check in to her flight from Heathrow on Saturday morning.

Ms Brett, from Watlington, Oxfordshire, said she had checked in online but then had to show her Covid vaccination certificate to staff, adding that the ‘total chaos’ resulted in her 9.30am flight being delayed.

‘They were constantly calling people out of the queue for the next flight that was closing,’ she said.

‘Actually it would have been better to turn up at 8.30 and get called from the back of the queue to the front – total chaos.

‘I believe the queues were caused not by too many people but by the airlines having to do all the extra checks before properly checking in.’

Other passengers took to social media to complain about queues at London Stansted, with one describing the scenes as ‘chaotic’.

Meanwhile, Gatwick Airport said it expects to see around 250 to 260 flights and between 25,000 and 27,000 passengers a day over the weekend, up from a low of just 15 flights a day at the height of the pandemic.