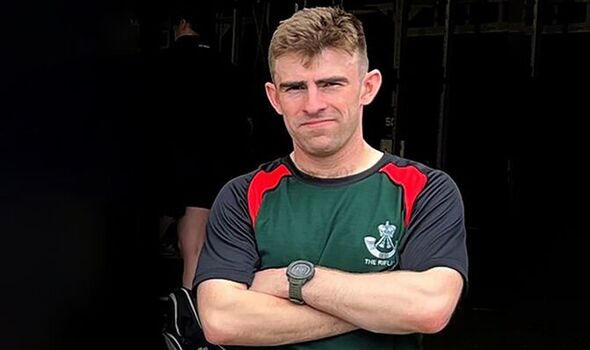 A tribute has been released in memory of Second Lieutenant (2Lt) Max George who was an officer with the 5th Battalion The Rifles based in Bulford, Oxfordshire. During a eulogy from The Ministry of Defence (MoD) today (June 23), he was described as “loved” and “humble”, following the news of his death, reports Wiltshire Live.

Emergency services were scrambled to an area of Salisbury Plain, just east of Tidworth, Wiltshire at around 10.45am on Tuesday, June 21.

They had received a report that a man had been involved in a collision with a Warrior armoured fighting vehicle during a routine training exercise.

The 26-year-old , who had sustained significant head injuries, died at the scene.

2Lt George’s death is being investigated by Wiltshire Police alongside the Defence Safety Authority.

An Army spokesperson said on Thursday: “It is with sadness that we confirm the death of Second Lieutenant (2Lt) Max George of 5th Battalion The Rifles on 21st June 2022 in Wiltshire.

“His death is being investigated and therefore it would be inappropriate to comment further.

“Our thoughts are with 2Lt George’s family and friends at this difficult time and we ask that their privacy is respected.” 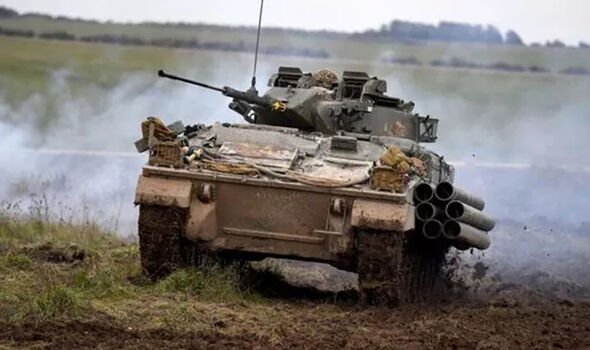 The MoD have released a eulogy to the soldier in which they mark his achievements and character.

It states: “In December 2021, 2Lt Max George commissioned into the 5th Battalion The Rifles (5 RIFLES), and as the Queen’s Medal Winner.

“Buoyed by reserve service in his University Officer Training Corps and with Z Company of the 5th Battalion The Royal Regiment of Fusiliers, he completed the tactics phase of the arduous Platoon Commander’s Battle Course with apparent ease, finishing in the top 10.

“He joined his battalion early, having already gained his range qualifications through reserve service and he proudly took command of 13 Platoon, D Company, 5 RIFLES.

“Even at this early stage, there was an effortless leadership quality about Max that marked him out.

“Humble and grounded, he was keen and energetic. His leadership was backed by steely determination and grit; he was tough but compassionate and naturally, his Riflemen loved him for it.”

“We loved him for it. He stood out, and still stands out; we are so much poorer for his loss.

“My thoughts and prayers are with his family and friends.”

He said: “Diligent, bright-eyed, and quick off the mark, he slotted into his role commanding 13 Platoon from the off; we were only starting to understand Max’s exceptional potential.

“Unassuming and meticulous, Max needed very little time to bed into his role.

“Jumping feet first into battalion life, Max gripped command of his platoon from the outset.

“His care for his Rifleman was evident from his frequent and insightful questions about how he could best care for them.

“Incredibly fit, Max was a natural and immediate addition to the 5 RIFLES’ Warrior Fitness Team, demonstrating to his platoon the qualities he expected of them.

“Max was at the very forefront of his peer group in terms of ability.

“Marked out at the Royal Military Academy Sandhurst for his intellect, all round military ability and practical performance, he was awarded the Queen’s Medal, not that he would have let you know in conversation.

“These qualities were clear from the start and throughout his tragically short time with D Company.

“Max’s death will leave a gaping hole in 13 Platoon and the wider company, who have benefitted enormously from the care and leadership he was so ably providing.

“Martin, Vivienne, Claudia and the wider family, our hearts go out to you. D Company have a time-honoured tradition of maintaining links with those who move on from the Company, in that tradition; 2Lt Max George, once a dog, always a dog.” 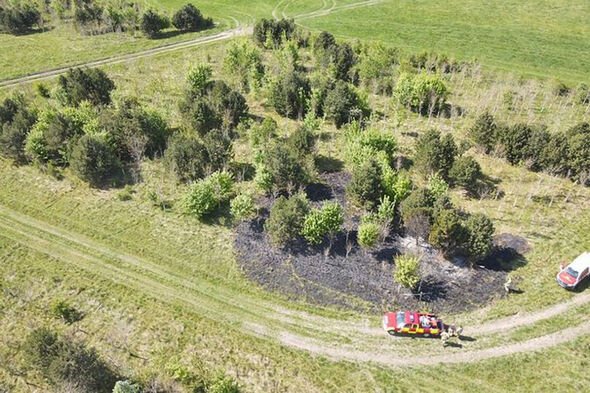 He said: “I knew Max not only as a fellow platoon commander within D Company but also as a dear friend.

“He was an individual who was easy to get along with and someone who I could speak openly with about anything.

“Max and I shared a brotherhood only few will have the honour of understanding.

“Platoon Commanders in The Rifles are expected to display humility and a selfless approach to the individuals they command.

“Max displayed all these qualities. Max was a diligent individual whose attention to detail was remarkable.

“Anything he set his mind to he excelled at, and this is only further testament to his tenacious character.

“Max was not only adored by his peers but also the Riflemen within his command.

“Max loved his job, and this was clear to see by all. Max’s drive and determination wore off on all within the chain of command around him; as a fellow Platoon Commander it was clear that 13 Platoon was in safe hands.

“He made me want to strive to be the best alongside him.

“Max will be sorely missed by the Regiment, his brother officers and the entirety of D Company.

“Max George, once a dog always a dog.”

Collective thoughts, 13 Platoon Riflemen, D Company, 5 RIFLES: “2Lt Max George had only been with 13 Platoon for a few months but in that time he made a lasting and profound impression on everyone he worked with.

“Right from the start it was clear that 2Lt George was a highly competent young officer.

“His rare talent was his interest and dedication to us; the Riflemen he commanded.

“He knew that he worked for us and not the other way round.

“This instantly inspired us as a platoon to want to constantly improve and grow, as soldiers and individuals.

“2Lt George always put himself out, day and night, to help those around him.

“He put himself on the same level as those he commanded, never expecting extra treatment, and always repaying favours received.

“2Lt Max George wasn’t all work though. We had great social events, some that he organised such as our visit to the Regiment’s Sounding Retreat or evening trips to Sandhurst to check on the potential officers.

“We would say he was always ‘one of the blokes’, a proper Rifleman!”

Defence Secretary, Ben Wallace said: “The passing of 2Lt George is an especially poignant reminder, as we mark Armed Forces Week, that our service personnel are always in harm’s way working to keep us safe.

“We are forever grateful.

“Max exemplified all the qualities the Army stands for and as the testimonies show, we have lost a bright and talented young man who will be sorely missed.

“My thoughts are with his family, his friends, and his regiment during this difficult time.” 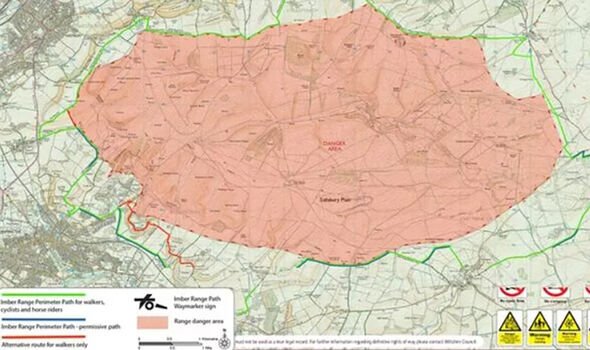 The Salisbury Plain Training Area measures is on 38,000 hectares of land and covers 25 miles x 10 miles – one-ninth of the entire county of Wiltshire.

Around 12,150 hectares is currently used for live firing and as impact areas.