An Iranian nuclear scientist was assassinated by a remote-controlled machine gun mounted on a car, the country’s semi-official Fars news agency has reported.

Al Alam, Iranian state TV’s Arabic language channel, has made a similar claim stating that weapons “controlled by satellite” were used in the killing of Mohsen Fakhrizadeh on Friday.

However the channel has not said what type of weapons were used.

Iran’s foreign minister has blamed Israel for the attack near the capital Tehran. 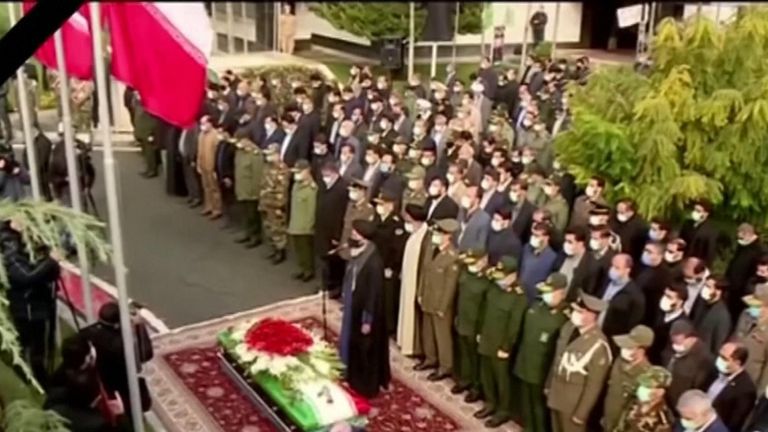 Mr Fakhrizadeh was travelling in a bulletproof car alongside three security personnel vehicles when he heard what sounded like bullets hitting his car, Fars reported on Sunday.

He is said to have exited the vehicle to see what had happened.

A Nissan fitted with a remote-controlled machine gun then opened fire of Mr Fakhrizadeh from about 150 yards away, Fars reports. 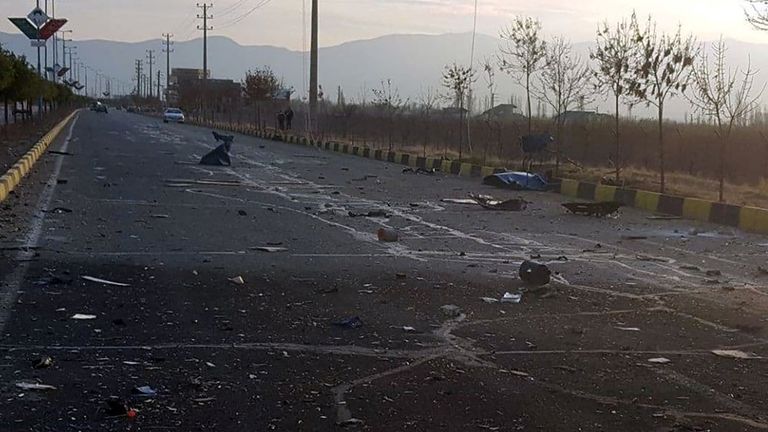 The Iranian news agency added that Mr Fakhrizadeh was hit at least three times in an attack that lasted around three minutes.

Al Alam and Fars have not immediately offered evidence supporting their claims.

Mr Shamkhani made the claims as he spoke at the scientist’s funeral on Monday.

Iran’s English-language Press TV has reported a weapon recovered from the scene of the attack bore “the logo and specifications of the Israeli military industry”.

Iranian authorities had initially said a truck exploded before gunmen opened fire. Witnesses told state TV they saw gunmen on the ground during the attack.

Israel, long-suspected of killing Iranian nuclear scientists over the last decade, has declined to comment on the attack.

The US and Israel have alleged the program was a military operation looking at the feasibility of building a nuclear weapon.

Israel insists Iran has ambitions of developing such weapons, pointing to Tehran’s ballistic missile program and research into other technologies.

Iran has long-maintained its nuclear programme is peaceful.

In response to the assassination, Iran’s parliament has begun a review of a bill that would stop inspections by the International Atomic Energy Agency.

British Foreign Secretary Dominic Raab told Sky’s Sophy Ridge on Sunday programme: “We are concerned about the situation in Iran and the wider region. We do want to see de-escalation of tensions.

“We’re still waiting to see the full facts of what’s happened in Iran, but I would say that we stick to the rule of international humanitarian law, which is very clear against targeting civilians.”