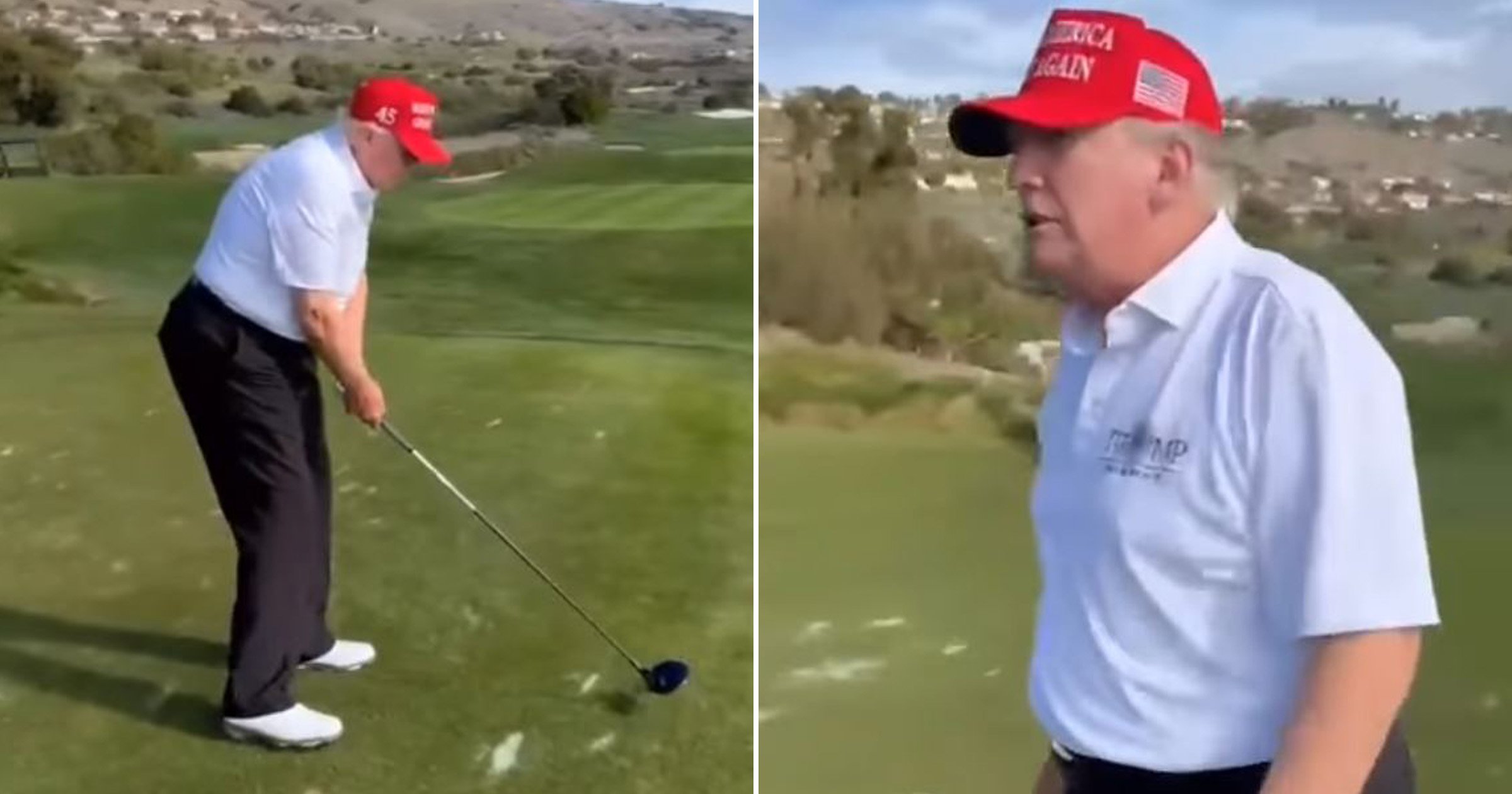 Former President Donald Trump continues to keep the world waiting on whether he will run in 2024, but while playing golf, he declared himself the ’47th’ president of the United States.

Trump was walking to the first tee at one of his golf clubs when one of the people he was playing with said, ‘Now on the tee, the 45th president of the United States’.

In a video shared on Instagram, Trump, wearing his trademark red Make America Great Again hat with ’45’, stands up after setting the golf ball and takes a walk around.

The ex-president’s playing partners can be heard cheering to his remark and one of them says, ‘Yes, I love that!’

After Trump takes the swing, a person says, ‘Beautiful. What an easy game.’

The 45th president made his bold remark at Trump National, though the person behind the video did not specify which one of the many that bear the name.

Trump has teased running for president multiple times but has not given an definitive decision. He has also held several rallies ahead of the 2022 midterm elections.

Several polls conducted this month have shown Trump with a substantial lead over other potential Republican candidates.

A Reuters/Ipsos poll released in late December had Trump leading Florida Governor Ron DeSantis by a whopping 43 percentage points. Specifically, more than half of Republicans, 54%, said they would back Trump as the Republican nominee for president, versus just 11% supporting DeSantis.

Trump’s next Save America Rally is scheduled for January 29 at the Montgomery County Fairgrounds in Conroe, Texas. Trump ‘will be joined by endorsed candidates, members of the Texas Congressional Delegation, and other special guests’, his Save America political action committee stated about the upcoming event.

‘This Save America rally is a continuation of President Trump’s unprecedented effort to advance the MAGA agenda by energizing voters and highlighting America First candidates and causes.’