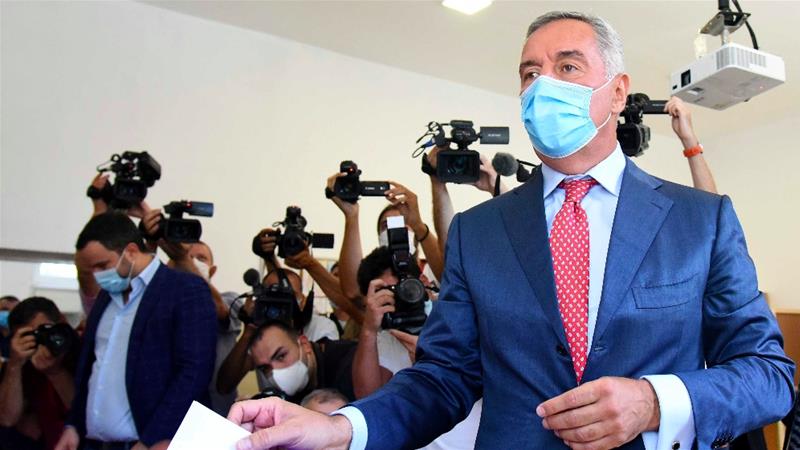 Polls have closed in Montenegro’s tense parliamentary election that is pitting a long-ruling, pro-Western party against an opposition alliance seeking closer ties with Serbia and Russia.

The pro-Western Democratic Party of Socialists (DPS) of President Milo Djukanovic was in close call against the pro-Serbian and pro-Russian alliance on Sunday, pollster CEMI said in a preliminary forecast.

On the basis of just over 49 percent of ballots from a sample of polling stations, CEMI forecast the DPS garnered 34.2 percent of votes, while the alliance of mainly Serb nationalist parties, For the Future of Montenegro, which wants closer ties with Serbia and Russia, was just behind with 33.7 percent.

Peace is Our Nation, an alliance of centrist and pro-Western parties, came third with 12.6 percent, CEMI said.

By the time polls closed at 18:00 GMT, voter turnout stood at 75.9 percent, slightly higher than the 2016 parliamentary elections which marked a voter turnout of 73.4 percent.

Sunday’s parliamentary election was largely marked by a dispute over a law on religious rights introduced in late 2019 that is staunchly opposed by the influential Serbian Orthodox Church.

The church has argued the law allows the state to confiscate its property as a prelude to setting up a separate church. This has been denied by the government.

The Serbian Orthodox Church remains Montenegro’s largest religious institution and a third of its population identify as Serb.

The issue has fuelled divisions and sparked protests in the Adriatic nation of 620,000 people and a NATO member since 2017.

Djukanovic has led Montenegro for three decades and his DPS has never lost an election.

But its majority in parliament is razor thin, and this year the party has faced a challenge from an emboldened right-wing For the Future of Montenegro opposition alliance, which has backed the church-led protests against the religion law.

Ljubomir Filipovic, a policy analyst and former mayor of Budva, said the protests held in the country “all have to do with the church, with inter-ethnic tensions, with the divisive media campaign coming from Serbia, Russia and [Bosnia’s Serb-run entity] Republika Srpska in the last couple of months”.

Filipovic said a victory for the coalition of pro-Serb and anti-European Union parties backed by the church means Montenegro would have a “strong change” in foreign policy, directed from Belgrade or even Moscow.

“We would have a problem with the recognition of Kosovo, with our NATO membership and of course the very existence of the independent state of Montenegro is in question,” Filipovic said.

“Not only once, the main parties in the opposition have questioned the rationale for Montenegrin independence.”

Before the election, demonstrations have taken the form of car rallies, with protesters waving Serbian flags.

Djukanovic, who projects himself as a custodian of stability, has used such reactions to raise fears about a threat to Montenegro’s sovereignty.

The opposition parties are “the political infantry of Greater Serbia nationalism,” he said recently, referring to a Serb ultra-nationalist dream to unite all parts of the Balkans to form a Greater Serbia. 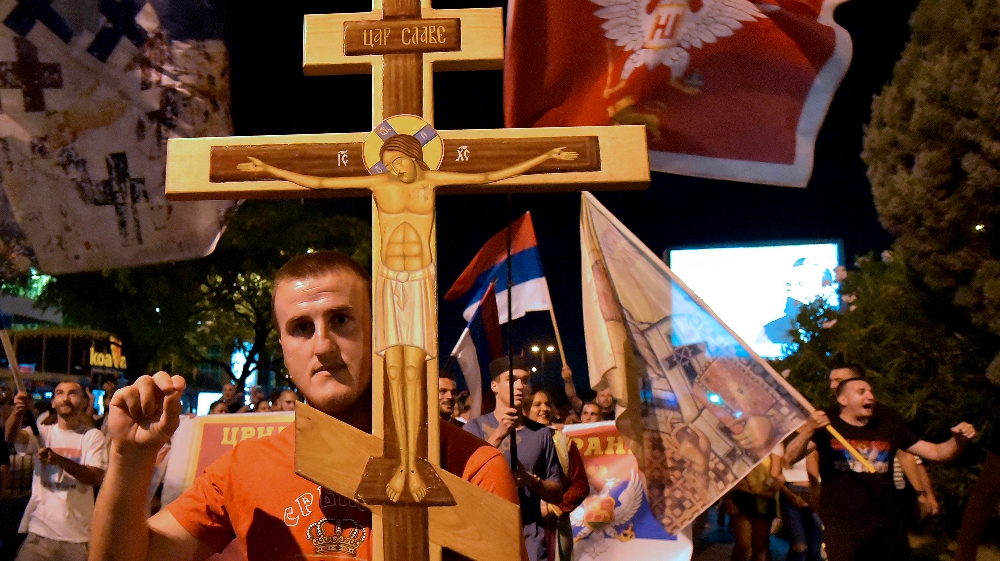 Zdravko Krivokapic, leader of the For the Future of Montenegro alliance, said on Sunday that he expected “a new day for Montenegro which will take a different path”.

Krivokapic said his grouping wants to unite a divided nation and “distribute this wealth we have equally for all”.

Indicating high interest in the election, more than half of eligible voters had cast their ballots by midday. Lines formed outside some polling stations on a very hot summer day.

Opinion polls ahead of the election predicted that the DPS will finish ahead of other groups, but might not garner enough votes to form government on its own. 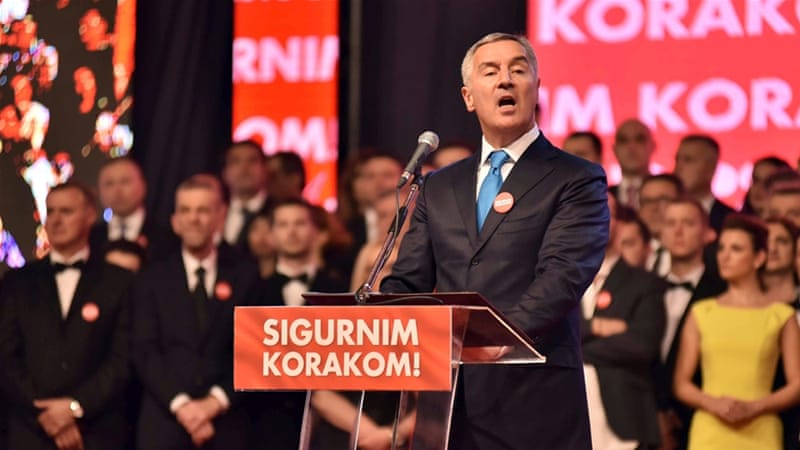