The retailer had recently announced that it will be closing a total of 32 stores as part of plans to move away from town centres. Stuart Machin, chief executive of M&S, said that London’s most famous shopping street is on “its knees” and sliding into irrelevance after falling prey to a “growing proliferation of tacky candy stores”.

Writing in the Telegraph, he called on Mr Gove, the Levelling Up Secretary, to allow M&S to demolish its landmark Marble Arch shop and replace it with a 10-storey retail and office block.

Mr Machin hit back at the Department for Levelling Up, saying there were “clear sustainability benefits to our plans”.

He added: “We need to back innovation, not breed a dinosaur district destined for extinction.

“We know Westminster Council is making attempts to arrest its decline and the New West End Company… is leading calls for the Government to get behind investment to restore Oxford Street as a global shopping destination.” 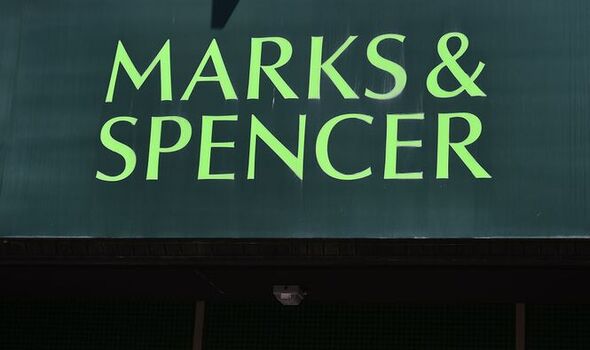 The retailer had secured approval from Westminster City Council and the Greater London Authority for the proposal, but Mr Gove has seized control of the planning application amid concerns about its environmental impact.

Tom Parkhill, former Tory councillor for Llanishen and Thornhill in Wales, took to Twitter to call the M&S departure from the urban high streets a “depressing” prospect.

He wrote: “The M&S closure in my home town a couple of years ago was the biggest signifier of the decline of its town centre.

“Completely dead now. Really depressing site to come back to and visit.”

The latest intervention comes after Mr Gove issued a so-called Article 31 order forcing developers to put the project on hold.

It will now be referred to a public inquiry overseen by the independent planning inspector, which will present its recommendation to the Government.
The process is expected to take at least six months.

Campaigners have lobbied against the proposals, citing concerns about the amount of carbon released during the construction process.

It is understood it will take about 16 years for the building to make up for the initial damage to the environment.

But Mr Machin said the proposed store will use less than a quarter of the energy of the current building and will significantly exceed the Government’s carbon reduction targets.

The retail boss also said Oxford Street is in desperate need of investment as retailers flee from the area.

He said: “When I walk down Oxford Street today, I see a stark reality staring back at me.

“One in five shops sit vacant, there is a growing proliferation of tacky candy stores and nearly £600,000 of counterfeit goods have been seized from hawkers this year.

“The effects of Covid have brought a street that was once the jewel of UK shopping to its knees.

“Footfall remains 30 percent down on already dwindling pre-pandemic levels, with recovery in Oxford Street trailing its near cousins in Bond Street and Regent Street, both of which have benefited from significant redevelopment and investment.

“With inflation at a 30-year high, the pressure on both retailers and consumers discretionary income will only increase.”