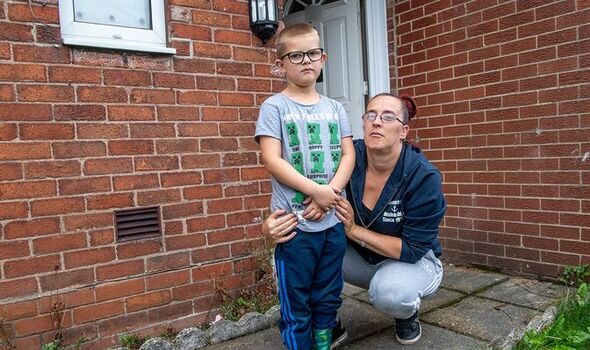 A mother has slammed a council as her son has been without a school place since he was expelled 10 weeks ago.

Nicholas Bailey, seven, was expelled from Co-op Academy Clarice Cliff in Fenton, Stoke-on-Trent, for behavioural reasons three weeks before the summer holidays. He’s still not been placed at another school by Stoke-on-Trent City Council and his mum Kellie Lees, 35, is becoming increasingly worried.

Kellie says Nicholas is unable to write his own name as he has missed so much education. The boy was reduced to half-days at the school, and then one-hour days, before being permanently kicked out.

The mum of four, from Longton, Stoke-on-Trent, says she has had to quit her job as a carer to look after her son, who no longer receives free school meals.

Kellie has also been calling for her son to be tested for ADHD for years – and this is now finally happening.

Speaking to Stoke-on-Trent Live, the mother said: “I have four children, Nicholas is the youngest, and I can see the differences in him compared to my other children. He doesn’t sit still, he’s constantly on the move, and the only time he’s quiet is when he’s asleep.

“He doesn’t like being told ‘no’, but the school kept telling him ‘no’. Now he’s permanently excluded.

“He’s at least a year behind and now he’s missing out on the start of year three. He deserves better.” 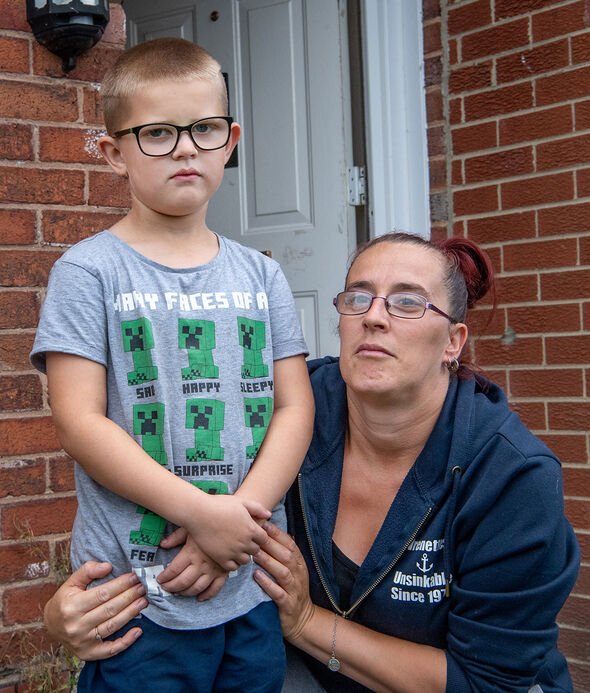 It’s understood Stoke-on-Trent City Council is trying to get a place for Nicholas at Kaleidoscope School, for children with complex needs.

Co-op Academy says it “could not meet his (Nicholas’) learning needs” and made the rare decision to exclude the boy.

But Kellie is worried how his lack of education is affecting his development.

“He was then in school for one hour a day and after that he was permanently excluded from the school. He hasn’t learnt anything at school for the past year, he can’t even write his full name properly or read properly.

“He’s being tested for ADHD now and a plan is going to be put in place to help him. I always said there was something wrong but it wasn’t picked up.

“He needs to be in education, he’s had more than 10 weeks off school and hasn’t learnt anything after a disruptive year. We were also in lockdown the year before that.” 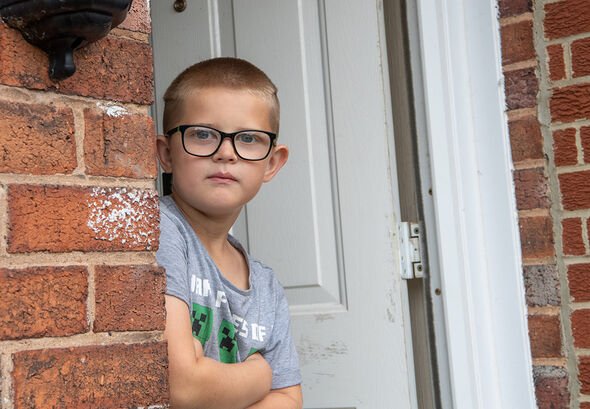 The mum continued: “I’ve had to stop working as I’ve got nobody to have him while he’s not been in school. Now he just thinks he doesn’t have to go to school because he hasn’t been for so long and his siblings are thinking if he doesn’t go to school why should they?

“He needs to be in school. The council should have found a place for him before the school holidays, but nothing has been found.

“They’ve had more than 10 weeks to find him a place, but nothing has been sorted. The council just say they are behind, that’s all I get.

“They told me they were looking at Kaleidoscope, but I’m still waiting. He can’t go to normal school as his exclusion has been upheld so he’s got to go to a special school.

“I’ve been on the phone to the council all day, but I can’t get an answer from anybody. I think more should be done to help him.”

The council has not responded to Express Online’s request for a statement regarding Nicholas’ case.

Co-op Academy Clarice Cliff headteacher Diane Broadhurst said: “Excluding a student is a very rare and heart-breaking decision for any school to make, especially in this case where a child has been with us since nursery. However, after a long process of trying to give him the support that he needs and consulting with multiple external agencies, specialists, professionals and the local authority, and implementing their advice, it was decided that Clarice Cliff could not meet his learning needs, nor could we ensure his safety at school.

“We appreciate that this has been a really difficult and frustrating process, and the family have been keen for him to be assessed. We therefore referred him for the appropriate tests with in addition to completing our own assessments to support his learning.

“His family have been involved throughout the entire process, engaging with all agencies. It was important for us to make sure the family were fully involved in the decisions made throughout this difficult time, and ensure that they understood why Clarice Cliff could not meet their child’s needs.

“This is not a decision that any of us wanted to make, and Nicholas deserves an education that meets his individual needs. Knowing that the local authority has not been able to find him a place is understandably very frustrating for him and his parents, and really upsetting for us as we wanted to help him find a setting in which he could thrive. We are doing everything we can to support the family, and advocate for them with the local authority to find him a place.”