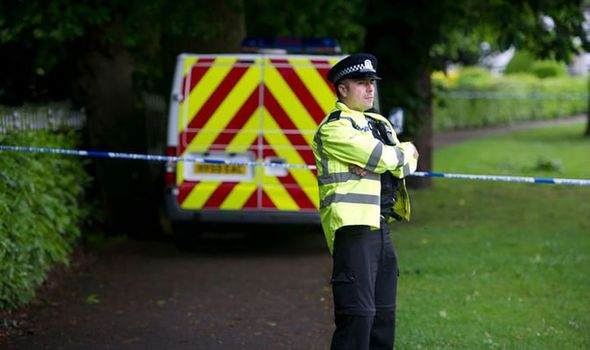 Babita Rai, 24, inflicted skull injuries which killed the girl, previously referred to as ‘Baby M’ by police. Officers found the tot dead near some trees in a park days later.

Rai was found not guilty of murder following a trial but instead was convicted of the lesser charge of infanticide, reports Hampshire Live.

She has spent the 385 days since her arrest in in custody on remand.

Mr Johnson said: “This is a very sad case. Late at night on the 15th of May, 2017 you gave birth to your daughter. You did so by a tree just outside Manor Park in Aldershot. On the afternoon of the 19th of May the baby was found dead just inside the park.

“She had suffered multiple skull injuries and had died shortly after birth.

“Following the trial, the jury acquitted you of murder and convicted you of infanticide. That means that the jury were sure that you were responsible for the infliction of the injuries that caused your baby’s death, but that the jury found that the balance of your mind was disturbed as a result of not having fully recovered from the effects of giving birth.”

The court heard Rai gave birth to her daughter near some trees just outside Manor Park in Aldershot, Hampshire, on May 15, 2017. The baby suffered multiple blunt force or crushing injuries to the head shortly after birth, and had bleeding on the brain and spine.

Rai had moved to Aldershot from Nepal in 2017 and lived with family in the town, but had concealed the pregnancy.

At the trial, it was heard that there was some evidence to suggest that there may have been somebody with Rai at the time of the birth, but Rai never disclosed any information about that.

The judge said: “You or possibly a person you were with inflicted dreadful injuries on that baby girl. She was left for dead and she did die within a very short time.”

The offence of infanticide means that the criminal responsibility of the mother is often greatly reduced. Although infanticide does carry a maximum sentence of life imprisonment, custodial sentences are extremely rare.

The court heard that, in the past 42 years, there has only been one recorded instance of a term of imprisonment being imposed for infanticide. That sentence was later overturned by the Court of Appeal.

Rai, from Aldershot, is of previous good character and had no previous convictions in either Nepal or the UK, and the judge made multiple references to a range of mitigating factors in Rai’s case.

During sentencing, Mr Justice Johnson also said: “None of that is to suggest that this is not serious, it was. It resulted in the ultimate harm to a newborn baby. But the mitigation in this case, as in many cases of its type, is overwhelming.”

Detective Chief Inspector Dave Storey, of Hampshire Police, said: “The circumstances surrounding the death of Baby M are truly heart-breaking, and I cannot begin to imagine what the mother, Babita Rai, was going through to drive her to such an extreme act.

“I want to assure you that if you find yourself in a similar situation, there is help available to you.

“Today’s verdict is the culmination of a long and harrowing investigation on which a significant number of experts provided vital evidence.

“This expert opinion was supported by sustained police activity, which included visiting 1,200 households, completing 5,000 questionnaires and the viewing of over 1,000 hours of CCTV footage in order to identify the mother.

“It cannot be underestimated how much such a terrible event affects the local community.

“The investigation and subsequent trial has provided important information and answers as to what occurred. The jury examined these facts and sensibly returned Infanticide as their verdict.

“This brings the case to a satisfactory conclusion but the death of Baby M will remain a tragedy for all involved.”

Chief Inspector John Halfacre said: “We are extremely grateful to the communities in Aldershot and the wider Rushmoor district for their support and assistance during this difficult investigation.

“This was a truly shocking and awful event. I want to reassure the local community that we are here for you; we will listen and respond to any concerns that are raised by the outcome of this trial.”