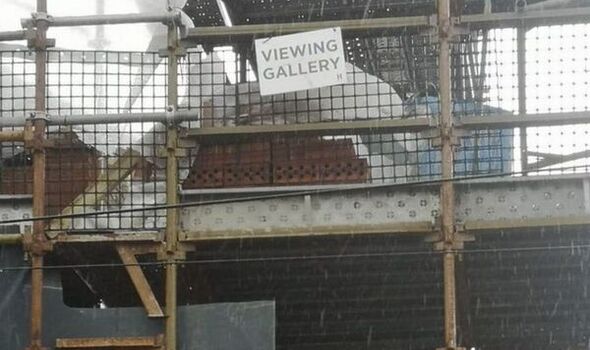 Angela Mills, from East Belfast, said she was forced to complain to the site manager after builders put the sign up on the building site. Residents living close to the Templemore Baths redevelopment claim they have had to endure “21 months of noise and disruption” as builders work on the housing estate.

People have complained of constant noise, dust covering their homes and streets and construction equipment blocking the roads, leaving them unable to access their cars in some cases.

Angela, who lives on Glenmore Street, complained after workers hung the “viewing gallery” sign on scaffolding that was directly opposite her bedroom window, reports Belfast Live.

Angela Mills spoke to Belfast Live regarding the incident saying: “For those of us living in Glenmore the past 21 months have been horrendous. We are dealing with constant noise, dirt and dust, although some residents are having far more trouble than others.

“In March I dealt with one incident that I found particularly worrying when I looked out of my bedroom window and saw that the workers had zip-tied a viewing gallery sign to the scaffolding directly opposite my window. This wasn’t on the ground level either, it was a few floors up where they would have been able to look directly into my room. 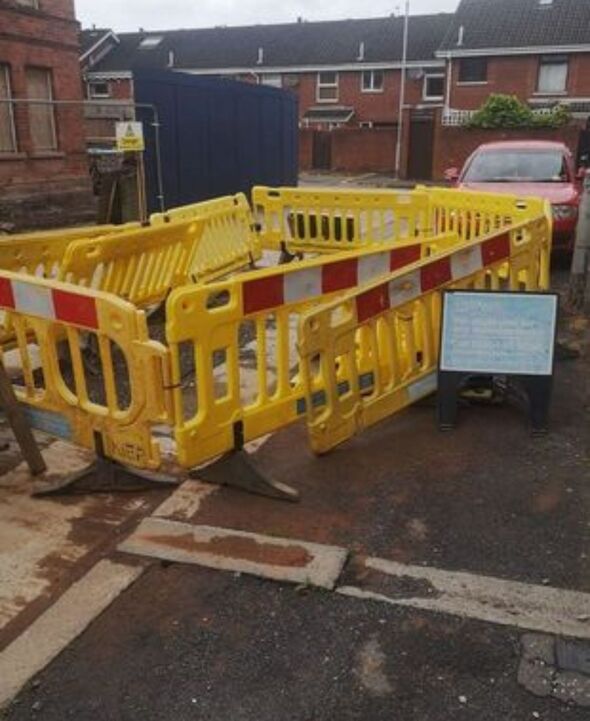 “I was disgusted by it and went straight to the site manager to report it, who thankfully apologised and had it removed, but it has left me feeling very uncomfortable in my own home on top of everything else that has gone on.”

Taxi driver Derek Coulter said that he had not had a decent night’s sleep in 21 months due to the construction and said that he is feeling “completely run down” due to the distribution to his life.

He said: “The past 21 months my life has been hell living next to this construction site. The constant noise and dirt has had such an impact on me that I am feeling completely run down and haven’t had a normal night’s sleep during the week since it began.

“Being a taxi driver I am usually not home until the early hours of the morning and by the time I am able to get to bed I am awoken a few hours later due to the noise outside. I have been forced to move to a camping bed on the other side of the house for a few hours just to get some sleep, but even that is not much use. 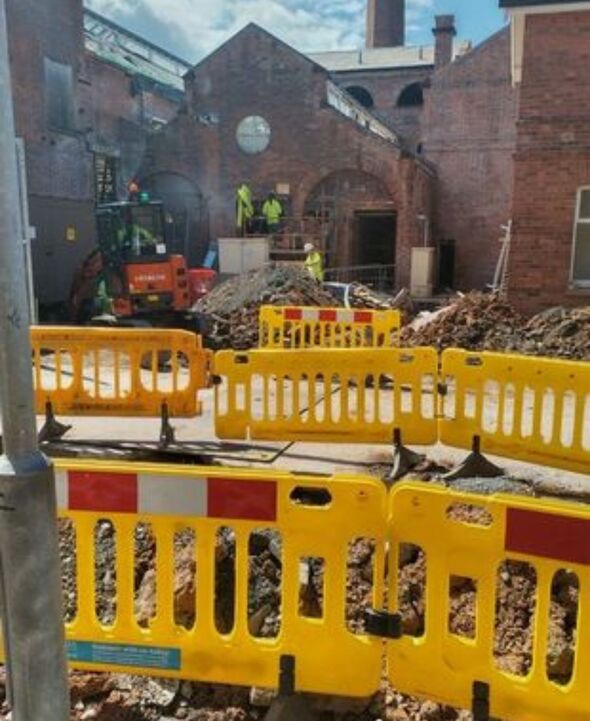 “Our houses and cars are constantly covered in dust and dirt from the site, which means I am having to wash my car daily in order to go to work, something I cannot afford to continue to do.

“I feel depressed that I am going to have even more months of this to deal with and am worried this will go on for over two years.

“My biggest issue is that there has been no engagement with local residents from the council over how this development has impacted our lives living here. We are not against the leisure centre at all, we just feel that more could have been done to recognise how living beside this building site has affected our lives.”

Ricky Jackson highlighted similar issues saying that he is unable to open the windows in his home due to the dust coming from the building site. 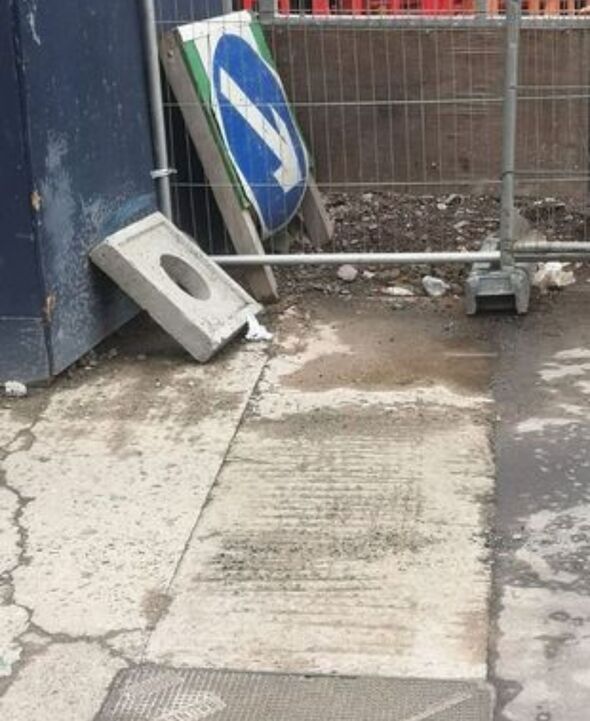 He said: “It is not just the noise that we are having to deal with, but the dust that seems to just be everywhere since this development started. You can’t open your windows at all otherwise your house is full of it and even then we are finding ourselves wiping down surfaces covered in it four or five times a day.

“Friday and Saturday have become the only days where we are able to get a good night’s sleep and those who have to work nights here have been having a very tough time with it all. We have not had one letter from the council about the work or had anyone come and speak to us about it and given how much disruption this has caused us, residents think it is the least that could have been done.”

A Belfast City Council spokesperson said: “Council has committed an ambitious £105million investment in its leisure estate across the city, offering a once-in-a-generation opportunity to improve the health and wellbeing of the people of Belfast and provide residents with modern and vibrant leisure facilities.

The council recognises that there is a degree of inconvenience with any new capital build however the restoration of Templemore Baths will bring this iconic heritage building fully back into use and help us to get more people, more active, more often in Belfast. In relation to the specific incident mentioned we were not aware of this and council has not received any complaints, but we note that the contractor has dealt with this issue.”