The miners were ‘smothered by a wave of mud’ caused by heavy rain, officials say. 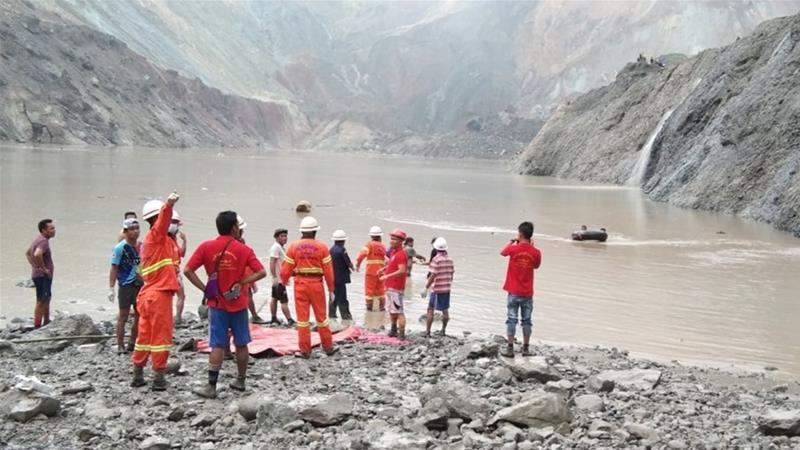 A landslide at a jade mine in northern Myanmar has killed at least 113 people, officials say, warning the death toll is likely to rise further.

The incident took place early on Thursday in the jade-rich Hpakant area of Kachin state after a bout of heavy rainfall, the Myanmar Fire Services Department said on Facebook.

“The jade miners were smothered by a wave of mud,” the statement said. “A total of 113 bodies have been found so far,” it added, raising the death toll from at least 50.

Photos posted on the Facebook page showed a search and rescue team wading through a valley apparently flooded by the mudslide.

‘No one could help them’

Maung Khaing, a 38-year-old miner from the area, said he saw a towering pile of waste that looked on the verge of collapse and was about to take a picture when people began shouting “run, run!”

“Within a minute, all the people at the bottom [of the hill] just disappeared,” he told Reuters news agency by phone.

“I feel empty in my heart. I still have goosebumps … There were people stuck in the mud shouting for help, but no one could help them.”

“Other bodies are in the mud. The numbers are going to rise,” he told Reuters. 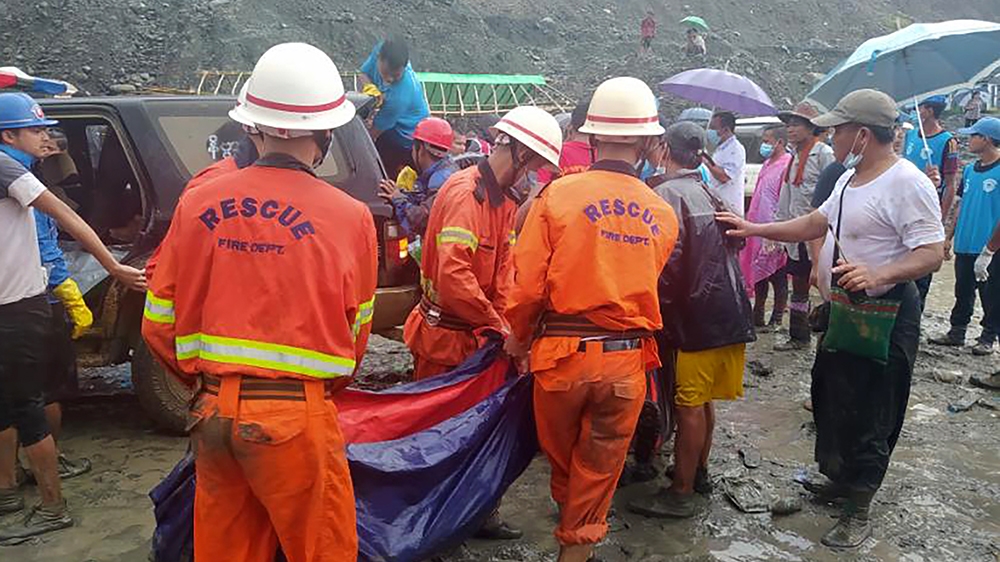 Fatal landslides are common in the poorly regulated mines of Hpakant, the victims often from impoverished communities who risk their lives hunting the translucent green gemstone.

The government of Myanmar leader Aung San Suu Kyi pledged to clean up the industry when it took power in 2016, but activists say little has changed.

Official sales of jade in Myanmar were worth $750.4m in 2016-2017, according to data published by the government as part of the Extractive Industries Transparency Initiative.

But experts believe the true value of the industry, which mainly exports to China, is much larger.

Northern Myanmar’s abundant natural resources – including jade, timber, gold and amber – have also helped finance both sides of a decades-long conflict between ethnic Kachin and the military.

The fight to control the mines and the revenues they bring frequently traps local civilians in the middle. 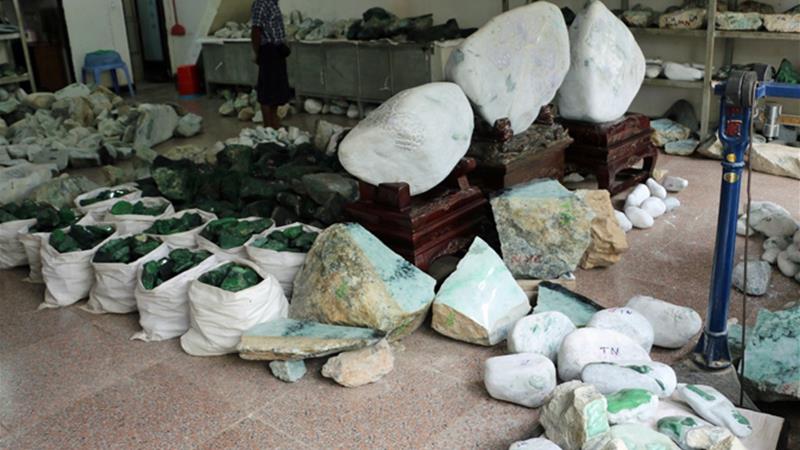