It has recently been reported that Prince Andrew is unlikely to return to a central role within the Royal Family. Various experts have discussed how King Charles will deal the Duke of York, who has taken a step back in recent years after he was accused of sexually assaulting Virginia Giuffre, who was trafficked by Andrew’s former friend Jeffrey Epstein.

Andrew has repeatedly and strenuously denied the allegations, but it appears that the new monarch has no plans to let Andrew play any role of substance in the future. Royal expert, Angela Levin, recently claimed that Andrew was “worried” about his brother becoming King long before the Duke stepped down from senior royal duties.

She told The Sun: “I think he’s quite worried about his older brother King Charles. They have never got on. 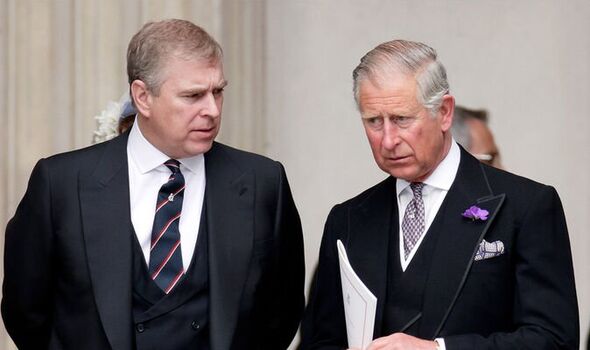 “Times have moved on and I don’t think he’s got over that. I think he will find it difficult with Charles as King.

“Charles has for a long time said he’s not coming back to being a member of the Royal Family. He’s 100 percent supported by William.”

Ms Levin was referring to reports that Prince William and Charles blocked Andrew from returning to public life earlier this year.

Royal expert Nigel Cawthorne also told The Sun recently that he can’t see any role for Andrew in the Royal Family other than looking after the Queen’s corgis.

He said: “I can’t see he’s got much of a role [in the Royals] aside from Lord High Dogwalker – keeper of the royal corgis.” 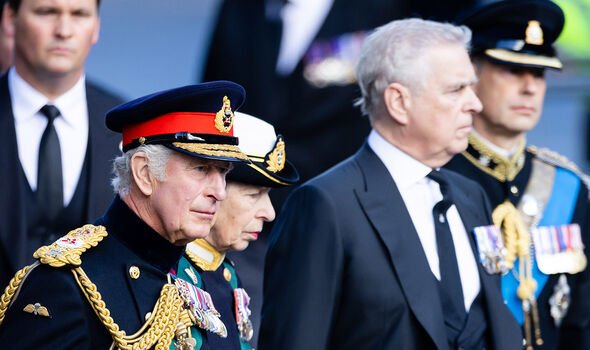 Following the Queen’s death, it was confirmed that Andrew and Sarah Ferguson will look after Sandy and Muick.

A source close to Andrew told the BBC: “The corgis will return to live at Royal Lodge with the duke and duchess. It was the duchess who found the puppies which were gifted to Her Majesty by the duke.

“The duchess bonded with Her Majesty over dog walking and riding horses, and even after her divorce, she would continue her great friendship with Her Majesty, by walking the dogs in Frogmore and chatting.”

King Charles seems determined to run the Royal Family in his own way, if reports in recent weeks are anything to go by. The Mirror quoted a source recently who claimed Charles will push through his plans for a slimmed-down monarchy. 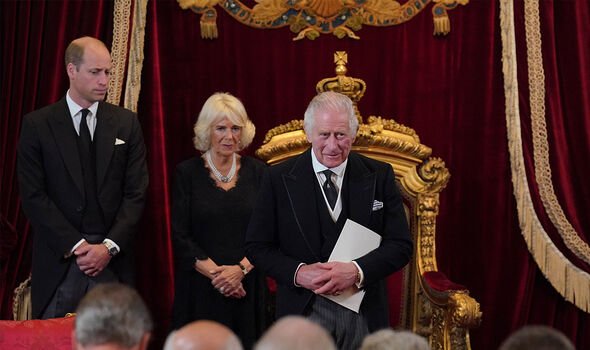 They also claimed that he wanted to have a cheaper coronation, adding: “The King is very aware of the struggles felt by modern Britons so will see his wishes carried through that although his coronation ceremony should stay right and true to the long-held traditions of the past, it should also be representative of a monarchy in a modern world.

“He has already spoken of his wish to continue his mother’s legacy and this includes continuing to recognise what the people are experiencing day by day,”

The Daily Express commissioned a poll recently which found 65 percent of people back a slimmed-down monarchy, with only seven percent against. It is believed that the number of working royals will be reduced to seven.

This will likely leave the King, Queen Consort, the Prince and Princess of Wales, the Princess Royal, and the Earl and Countess of Wessex.