The BBC’s new director general has said he doesn’t support any switch from the licence fee to a subscription service.

In his first speech since taking over, Tim Davie said such a change “would make us just another media company” that serves only “the few”.

But he told staff there must be “a radical shift in our focus” so everyone gets value from the licence fee.

He warned that the BBC currently faces a “significant risk” and has “no inalienable right to exist”.

He said: “If current trends continue, we will not feel indispensable enough to all our audience. We must evolve to protect what we cherish.”

The licence fee is currently guaranteed until 2027, but there is a debate about the BBC’s funding beyond that. 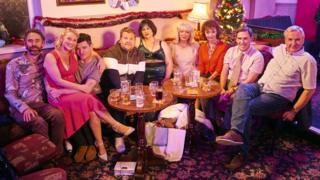 “For the avoidance of doubt, I do not want a subscription BBC that serves the few,” Davie said during the speech in Cardiff.

“We could make a decent business out of it, and I suspect it could do quite well in certain postcodes, but it would make us just another media company serving a specific group.”

Describing the BBC as “a brilliant national success”, he said: “We all recognise when someone says, ‘I would pay my licence fee for Radio 4, for Strictly, or for the website’.

“But this kind of connection is under pressure and cannot be taken for granted. Across the UK, across all political views, across all of society, and across all age groups, people must feel their BBC is here for them, not for us.”

That would not be achieved by beating rivals at their own game, but by being “more rather than less BBC, more distinctive, and committed to our unique public service mission”, he explained.

The top priority would be to “renew our commitment to impartiality”, he said.

Impartiality is “the very essence of who we are” and is possible to achieve even in polarised times.

“It is not simply about left or right. This is more about whether people feel we see the world from their point of view. Our research shows that too many perceive us to be shaped by a particular perspective.”

He added: “If you want to be an opinionated columnist or a partisan campaigner on social media then that is a valid choice, but you should not be working at the BBC.”

New social media guidelines for presenters and staff will be “rigorously enforced”, he said.

“Value for all”, the phrase Tim Davie says will define his tenure as DG, is clever. “Value” is a commercial idea, and therefore alludes to his background in the private sector and the ferocious competition the BBC faces globally today. And “all” connotes the idea of a universal public service.

In three words, that phrase captures both Davie’s heritage and challenge, and the “enlightened blend”, to borrow his phrase, of free market and public service sensibilities he embodies.

Print headlines will likely focus on his warning shot, especially but not exclusively to those on air, about impartiality. He thinks social media activism and column-writing don’t mix with working for the BBC. The big, as yet unanswered, question is whether he will clamp down on the tweeting of BBC contributors who don’t work for BBC News, such as Gary Lineker.

Davie is undoubtedly energetic and decisive, and of the two dozen staff I’ve spoken to in the past 24 hours, there was unanimous excitement and positive feeling. But as he himself acknowledged, talking about change is easy. Actually delivering it in a post-pandemic world is very hard. He’ll be judged on the latter.

After his speech, Davie was interviewed by BBC head of creative diversity June Sarpong, who later described his vision for “a truly inclusive BBC” as “a daunting and difficult task but one he is committed to achieving”.