Blue Peter usually introduces its new presenters doing something dramatic and daring, like jumping out of a plane.

But on Thursday, its 39th presenter – Mwaka Mudenda – will be unveiled virtually from home due to the UK’s lockdown restrictions.

That doesn’t mean she won’t face a challenge though – she will be tasked with breaking a surprise world record.

Mudenda, 25, who described landing her new role as “mind-blowing”, won’t find out what it is until her first show.

“Despite lockdown, I’ve felt so welcomed by the incredible behind-the-scenes team that help run and deliver such a wonderful show – and I already feel like a big part of the Blue Peter family,” Mudenda said. 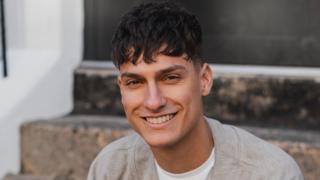 “I’m so excited to begin my adventure, with all the fun challenges it has in store. The chance to be a part of such a well-loved programme that has such an inspiring and creative young audience is a real blessing.”

Mudenda – known as Mwaksy – will be joining fellow presenters Lindsey, Richie and Henry the dog.

She was already working for the BBC in its sports department as an assistant producer in Salford when she was talent-spotted after appearing in some online sport videos.

The Londoner moved to Manchester to study anthropology before landing a job at the BBC two years ago.

Blue Peter editor Ellen Evans, says: “It’s going to be an extraordinary launch for Mwaksy in extraordinary times, she has had to do her first show – and her first Blue Peter presenter challenge – from her home, but I have been blown away by her positivity, her warmth, her humour and her willingness to give things a go so she’ll fit perfectly with the Blue Peter family.”

Mwaksy’s debut can be seen on CBBC on Thursday at 17:30 BST.