“We have it in our power to begin the world over again,” wrote Thomas Paine, the political provocateur, in 1776.

More than two centuries later, some are taking that cry to heart — particularly when it comes to real estate. Prodded by the pandemic, New Yorkers are discovering New Rochelle, the waterfront city in Westchester County where Paine is buried, despite the area’s troubling wave of Covid-19 cases this year.

“I feel some sadness, because I love New York, and I want things to get better,” said Molly Rothschild, 31, a lawyer who left the Upper West Side in August and moved into a 1928 Dutch colonial in New Rochelle with her husband, Ethan Rothschild, 32, also a lawyer. “But I also feel grateful to have a bit of a respite.” 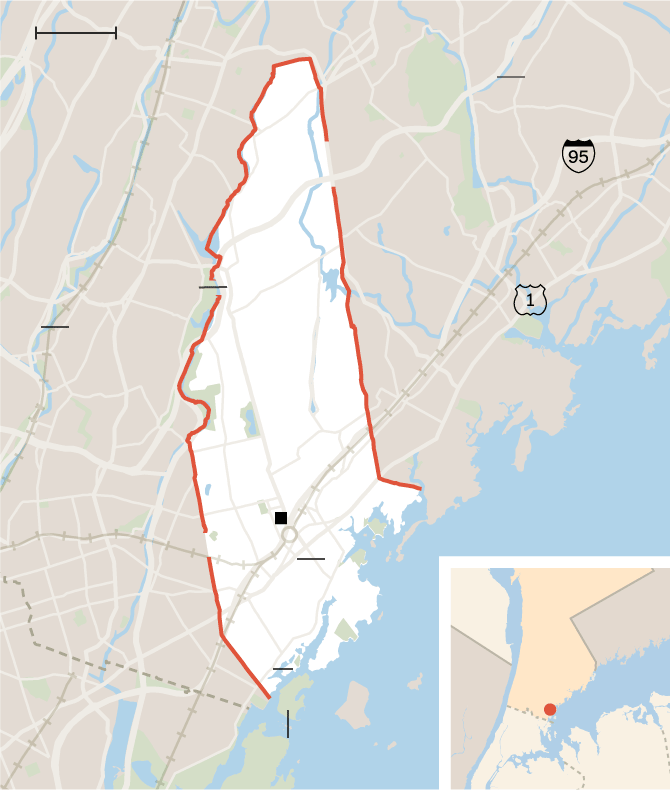 By The New York Times

The coronavirus can’t take full credit for uprooting the couple. As with many other 2020 transplants, they were thinking about leaving the city before the pandemic. But if moving to the suburbs has always been part of the plan for many, the health crisis seems to have squeezed years’ of migration into just a few months, creating a surge in demand for housing. Indeed, the Rothschilds, who also looked in Montclair, N.J., said they were scared off by stories of homes selling there for $200,000 over asking price.

Competition was also fierce in New Rochelle, which attracts buyers with its parks and beaches, an ethnically mixed population of 79,000, and by being a mere 20 miles north of Times Square. The house the Rothschilds bought — which has three bedrooms, one and a half bathrooms and a fireplace that is now working (after repairs), in the Beechmont neighborhood — received multiple bids before selling for $490,000, or $25,000 above the listing price.

“I thought we had to move on it because there wouldn’t be much left in a few months,” Ms. Rothschild said. 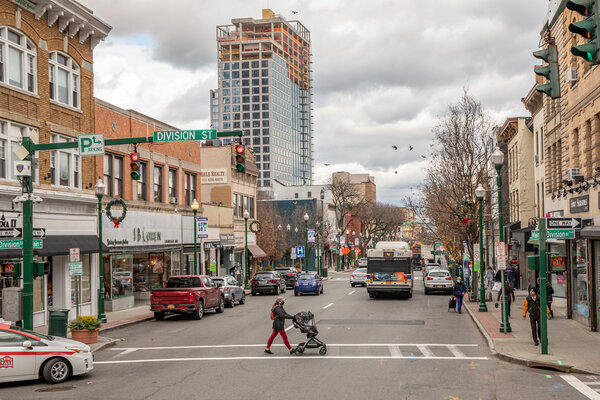 For others, relocating has been less about avoiding infection and more about escaping the city crowds and the tension that a life of social distancing can breed.

Sarah P. Cate, 41, a breast-cancer surgeon, said she got the evil eye from neighbors in the Riverdale section of the Bronx because her 6-year-old triplets attended in-person classes at their private school while the pandemic raged. “They thought my kids were bringing the virus into the building,” said Dr. Cate, who accelerated a planned move by a few years in September, snapping up a house in New Rochelle with her husband, Leonard Glickman, 38, a urologist. “Apartment living just became very difficult.”

The twin-gabled house, built in 1921 in the Forest Heights neighborhood, has five bedrooms, five and a half bathrooms and intact crown molding. After a flurry of bids — three offers over four days, Dr. Cate said — the renovated property traded for $1.15 million. Its lawns cover about a half acre, larger than nearby yards, so breathing room is assured.

New Rochelle’s status as an escape from the pandemic may be surprising. In early March, after a lawyer there contracted Covid-19, becoming the state’s second documented case, officials detected a cluster of additional infections, prompting the establishment of a one-mile-diameter containment zone and the arrival of the National Guard. Early December has brought a new surge. New Rochelle currently has “yellow zone” status — meaning restrictions on restaurants, houses of worship and social gatherings — in a section near the first outbreak zone.

But while the new crisis will eventually fade, it has affected some residents’ perceptions of New Rochelle. “If you don’t have children and you left because of Covid, I could see why you might return to the city,” Dr. Cate said. “I have no regrets.”

New Rochelle is a crazy quilt of neighborhoods — some 60 in 10 square miles. Many of the enclaves were created by turn-of-the-20th-century developers and reinforced by modern-day civic groups, and they are not always distinctive. But together, they create a sense of a variety.

Affluent and middle-class sections often rub elbows, although the more expensive areas are sometimes gated, like Premium Point, where large 19th-century houses are among the city’s priciest properties. Next door, in estate-studded Pryer Manor, inlets flow from Long Island Sound past windswept hills in an effect recalling the British moors.

But also on the waterfront is Isle of Sans Souci, a 1960s development in a homeowner association with ranch-style houses on quarter-acre lots, where prices, at least away from the water, can be more attainable.

French place names are not uncommon in a city founded by Huguenots, French Protestants fleeing Catholic persecution. But while fleur-de-lis emblems adorn the city, and the Eglise Baptiste d’Expression Francaise conducts church services in French, Spanish is the more common foreign tongue spoken today. About 30 percent of the population identifies as Hispanic, according to recent census figures.

“Ritzy places are spaced out without rhyme or reason, but each area has a good socioeconomic mix,” said Samantha DiPalo, 40, who grew up in the middle-class South Side and today lives in the Stephenson Park area, in a 1920s three-bedroom house she bought for $520,000 in 2019.

What has captivated longtime locals is the attention being lavished on the city’s downtown. Five years after a 279-acre rezoning made it easier to build high-rises, several new ones — all rentals, and most with some affordable units — are completed or close to it.

Now open is 360 Huguenot, a 28-story tower with 280 units, from studios to two-bedrooms. Projects currently underway include the first phase of 14 LeCount Place, a 27-story, 380-unit rental, and The Huguenot, a six-story, 60-unit building.

Closer to the Metro-North station is the red-brick NewRo Studios building, which opened in September, with some of its 73 live-work units reserved for working artists. Condos, a bit rare, are starting to shoulder in; one is Watermark Pointe, a nine-building, 72-unit complex at a former beach club.

But New Rochelle does offer a surprising number of co-ops, many in 1960s buildings in the Pelham Road area, including Glen Manor, Hilltop Terrace and Peldale.

In early December, there were 100 single-family houses for sale, at an average of $1.14 million, skewed somewhat by an offering of two private islands for $13 million.

Without those listings, the average was $1.02 million, according to data prepared by Julia B. Fee Sotheby’s International Realty, with the most expensive being a six-bedroom 1917 house in Premium Point, asking $4.9 million; the least expensive was a two-bedroom house on an industrial block listed for $279,900.

Rents for apartments start at around $1,500 a month.

The touted revival of downtown’s historic Main Street does not yet seem to have materialized. Beauty-supply and dollar stores still nuzzle casual Latino restaurants, although Modern Restaurant and Lounge, which serves Italian dishes in a former car showroom on Huguenot Street, often bustles. And Dubrovnik Restaurant promises: “Come experience Croatia, you won’t need a passport.”

What holds the area back, some say, is residents’ tendency to skip downtown in favor of scattered retail hubs like the Wykagyl Business District on North Avenue or local big-box stores. But other retail zones, including the one on North Avenue near city hall, are pocked with vacancies.

As for open space, Glen Island Park (currently a coronavirus testing site) offers 105 waterside acres and a beach on the site of the former Starin’s amusement park, which once claimed the country’s biggest zoo before closing in 1904. Cobblestone fragments of castles from a Little Germany beer-garden attraction endure.

A children’s library occupies the elegant former home of the Mahlstedt family, which once harvested ice from adjacent Huguenot Lake.

New Rochelle High School, which enrolls 3,500 students in a French-Gothic 1920s lakeside building, shares its campus with the Museum of Arts and Culture (temporary closed), where exhibits are tied to classes. The graduation rate is 81 percent, versus 83 percent statewide. On SAT exams for the 2018-19 school year (the most recent available), students averaged 543 on reading and writing, versus 531 statewide, and 549 in math, versus 533 statewide.

There are several parochial options, including Iona Preparatory, an all-boys Catholic school, and the Ursuline School, its all-girls counterpart.

New Rochelle’s Metro-North stop, on the New Haven line, offers six weekday trains to Grand Central between 6 a.m. and 9 a.m. Most trips take about 40 minutes. A monthly pass is $248.

Those driving into New Rochelle encounter welcome signs featuring colorful metal figures honoring scenes from the past, including the arrival of the Huguenots (at Webster Avenue and Stratford Road) and the British troops (North Avenue near Mill Road).

There are also Revolutionary soldiers (Pelhamdale Avenue and Eastchester Road), courtesy of Norman Rockwell, a resident from 1913 to 1939. His first home, at 39 Prospect Street, is now a parking lot slated for development. But other Rockwell-linked sites survive, including 360 North Avenue, where the illustrator had a studio, and 24 Lord Kitchener Road, a colonial in the Bonnie Crest section, where he lived before moving to Vermont.