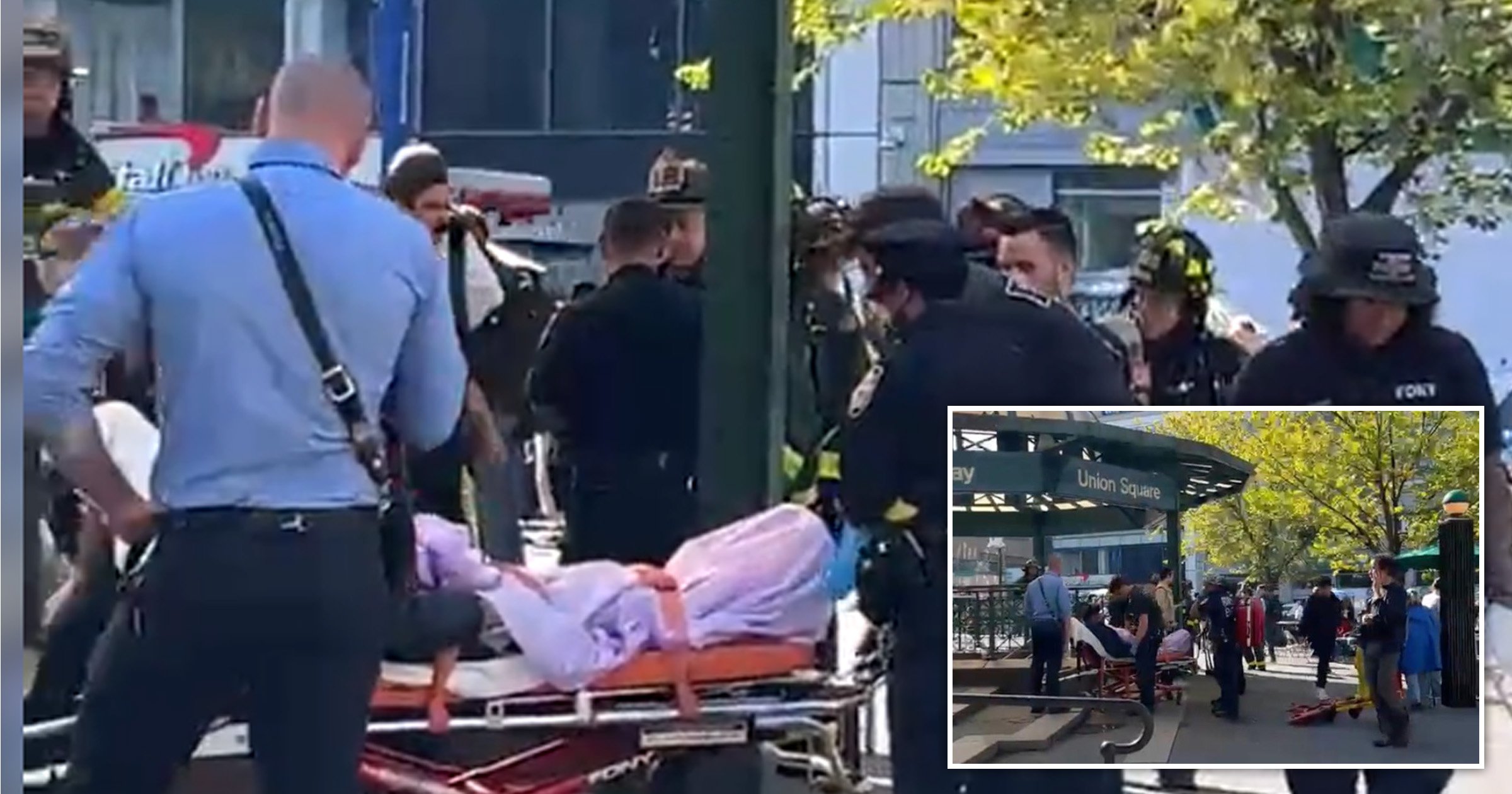 Several New York subway riders were reportedly coughing and vomiting and panic ensued after an elderly man got pepper sprayed.

A 70-year-old man was sprayed with mace as the R train pulled into the Union Square station around 10.15am on Friday, police said.

The pepper spray was so strong that other riders started coughing and wheezing, according to officials.

People were vomiting ‘left and right’, The City reported.

The spray was first called an ‘unknown substance’ and prompted police to evacuate the station. The station, which services eight train lines and is one of the busiest in the city, was not fully cleared of people.

‘I saw people coming up, a woman with a stroller, she was coughing. The baby was coughing,’ she told the New York Daily News. ‘And a whole group of people came up, everybody was coughing.’

In videos posted on social media by FreedomNews.tv, riders can be seen running out of the station as an evacuation announcement was made. The message was to ‘please assist fellow passengers’ who needed assistance getting out.

The elderly man who was pepper sprayed was transported to Bellevue Hospital. No one else was hospitalized. A few other passengers reportedly suffered eye irritation.

Meanwhile, the person who sprayed the elderly man fled before police arrived and has not yet been caught. The suspect was described as a 5’7 man in his 20s or 30s.

Service on the N, Q, R, W, 4, 5 and 6 trains was temporarily suspended as police and fire officials launched an investigation, said Metropolitan Transportation Authority (MTA) spokesperson Ray Raimundi. Service was restored more than an hour after the incident.

Crime within the New York City transit system jumped almost 57% in July compared to the same time frame a year ago.