Community leaders said residents have resisted the rules in part because of the influence of President Trump, whose views on masks have been embraced. 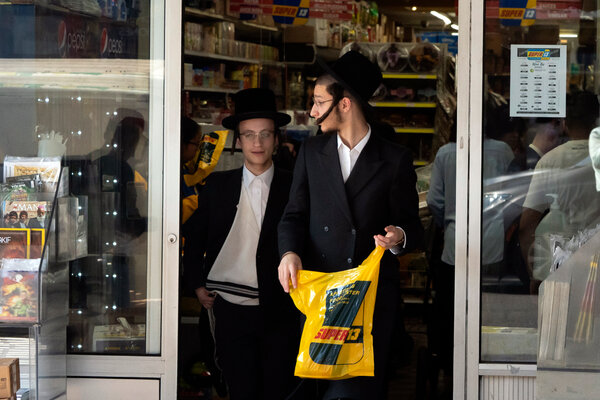 By Liam Stack and Joseph Goldstein

Facing a worrying spike in coronavirus cases in Orthodox Jewish neighborhoods, New York City health officials began carrying out emergency inspections at private religious schools on Friday and threatened to impose an extraordinary lockdown in those communities that would be the first major retreat by the city on reopening since the pandemic began.

Mayor Bill de Blasio ordered the Police Department and the Sheriff’s Office to enforce public health guidelines in several Orthodox Jewish neighborhoods in Queens and Brooklyn, where residents often do not wear masks or engage in social distancing. But community leaders said residents have been resisting the guidelines because of hostility toward Mr. de Blasio and the growing influence of President Trump, whose views on masks and the pandemic have been widely embraced.

The crackdown is occurring shortly before Yom Kippur, the holiest day on the Jewish calendar, which begins on Sunday night, and it was not immediately clear the impact that the measures might have on the ability of people to gather in synagogues. The Health Department said that if significant progress toward following guidelines did not occur by Monday, officials could issue fines, limit gatherings or force closings of businesses or schools.

“This may be the most precarious moment we are facing since we emerged from lockdown,” Dr. Dave A. Chokshi, the city’s health commissioner, said at a news conference in Brooklyn.

Officials this week released statistics showing that the positivity rate in some Orthodox Jewish neighborhoods had grown to anywhere from 3 percent to 6 percent, significantly more than the city’s overall rate of between 1 percent and 2 percent. Officials are especially worried about the positivity rates in the Brooklyn neighborhoods of Borough Park, Midwood and Gravesend, which they have referred to as the “Ocean Parkway Cluster.”

Mr. de Blasio said on Friday on The Brian Lehrer Show that the city had closed four yeshivas over violations of social distancing rules. “This is an indicator of something we’ll be fighting for a little while here,” he said. 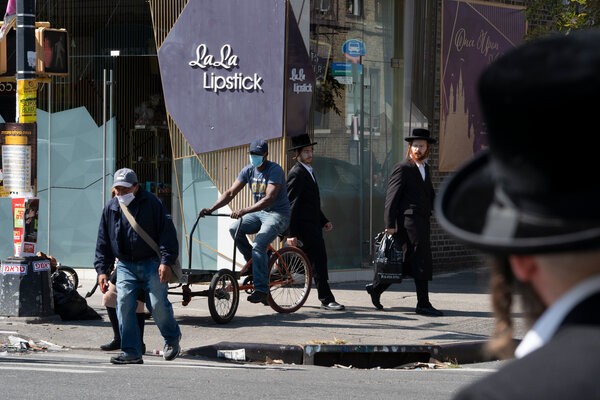 The uptick in these neighborhoods amounts to the first major coronavirus challenge for the city after months of declining or flat infection rates. The concern now is that if the outbreak spreads further in the Orthodox community, it could begin to take hold elsewhere, with even more serious consequences. If the city’s overall positivity rate hits 3 percent, that would trigger a new lockdown, including the closing of public schools.

“In the absence of our doing the right thing, we will need to be in a lockdown-type situation as occurred in Israel,” said Dr. Mitchell Katz, the head of New York City Health and Hospitals, which is overseeing the city’s contact tracing program, referring to the decision this week by the Israeli government to reinstitute restrictions because the country is facing the highest rate of new cases per capita in the world.

Visits to Borough Park showed how the rules are often ignored. The coronavirus outbreak devastated New York’s Orthodox Jewish community in March and April, but this week, there was hardly a face mask in sight, as if the pandemic had never happened.