BREATH TAKING
The Power, Fragility, and Future of Our Extraordinary Lungs
By Michael J. Stephen

This is not a time to take a single breath for granted. Every day we hear of more infected, and more who have died, from the novel coronavirus that insidiously strangles its hosts. We count on the rhythmic inhale and exhale every moment of the day, adding up to roughly seven million to eight million each year, even as our bodies are on autopilot as we sleep. Under such pressure, there’s no better time to think about the task our lungs carry out from our first breath to the last. This is the tribute that Michael J. Stephen, a pulmonary expert at Thomas Jefferson University, attempts in “Breath Taking.”

The format for this particular paean to the pulmonary is familiar. “Breath Taking” joins an entire library of anatomical books concerned with specific organs or systems of the body, from the natural history of our skin to the politics of the clitoris. Each proclaims that its subject is underappreciated, understudied and underfunded. And perhaps all such claims are true. But this anatomical inferiority complex often results in books that spend their time trying to persuade the reader that the particular tissue at hand is important while missing the wonder and poetry of our bodies. “Breath Taking” follows this tradition, at times gasping to find a central thesis among the facts. 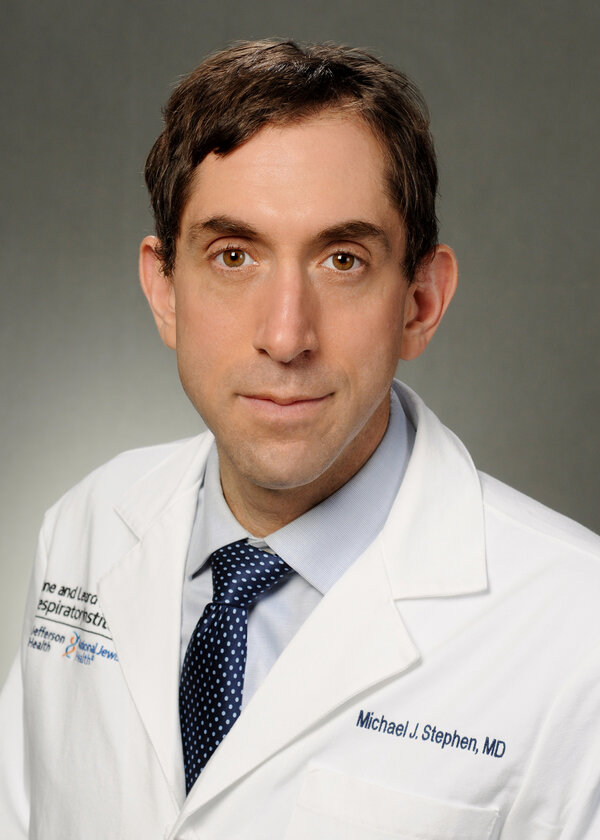 Stephen’s chapter on breathing and mindfulness practices — from Buddhism to yoga classes marketed to affluent suburbanites — is a telling example. The importance of breathing to mindfulness and self-soothing is asserted over and over, but, while Stephen cites studies to bolster this real connection, the science of why focused breathing has such a massive effect on quelling anxiety and mitigating depression is never fully investigated. A chapter on our distinctive voices suffers from similar gaps. “As the public and the medical community learn more about laryngeal tissues, we will be better able to ensure that everyone has a healthy voice,” Stephen concludes, without fully exploring how our respiratory organs and tissues contribute to our personal sounds. Chapter by chapter, the book stresses that our lungs are important while neglecting the specifics of why and how they function.

Further undermining the message, Stephen makes some factual slips when he wanders wider afield from medicine. In a brief section on the evolutionary history of lungs, Stephen states that they evolved from the swim bladders that allowed ancient fish to control their buoyancy as they swished about. But lungs and swim bladders have different developmental origins, and it seems that lungs evolved as a novel way for some fleshy-finned fish to breathe before some of their descendants became landlubbers. In the same chapter, modern mudskippers are mistakenly cast as what our ancestors of 375 million years ago were like (a lungfish is much closer). While not critical to the book’s central point, such errors highlight what can happen when experts wander too far from a fact checker’s gaze.

But there are bright spots. Stephen peppers the chapters with medical anecdotes of various patients whose pathologies underscore how a healthy respiratory system should behave. Swimmers, smokers and standout patients with mystery ailments allow Stephen to thread minor narratives through medical detective work. These fleeting moments are where the vital nature of our lungs truly comes to the forefront. Our brains may be the master controls, and our hearts act as both our engines and our metaphorical centers, but the lungs stand out as key regulators that allow us to do all the other wonderful and horrible things we do.

Stephen’s overriding concern seems to be maintaining our lungs and airways in tiptop shape. “The health of our lungs in the absence of disease rests not in a pill or an injection, but in ensuring above all a healthy environment for our breath,” he writes. But the book does not exactly support the thesis. “Breath Taking” is not quite advocacy, not quite pop science exploration, but something of an anthology of tidbits on the theme of lungs, never wholly functioning in the harmonious way that our respiratory system does.