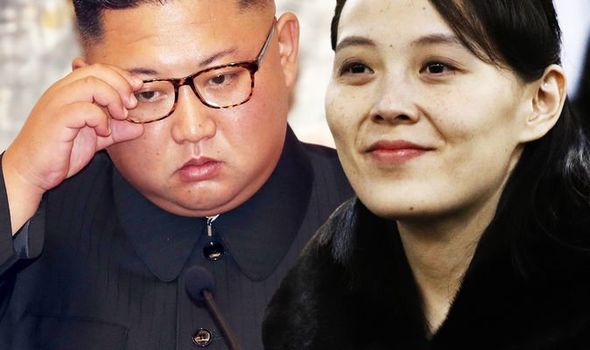 South Korea politician Ha Tae-kyung said there had been a “delegation of power” and his authority as leader of the secretive state has been “transferred little by little”.  He told the Korean Herald: “In regards to Kim Jong-un’s circumstances, ‘delegation of power’ was mentioned.

“Kim Jong-un still exerts absolute power, but in comparison to the past, some of the authority has been transferred little by little.”

Speaking after a closed-door parliamentary briefing with the National Intelligence Service in South Korea, he said “high stress levels” stemming from Kim’s role in governing the hermit state were one of the reasons behind the power shift.

After first being seen in public at the funeral of her father, Kim Jong–il, in 2011, Yo Jong has attended the occasional political event including “field guidance trips” accompanying her brother, but without any official title.