Danyel Smith used to make a podcast in her kitchen. Smith, an author, journalist and former editor in chief of Vibe magazine, recorded it with her husband, Elliott Wilson, a fellow journalist and the founder of Rap Radar, between the sink and a bowl of fruit.

As one might expect of a show hosted by longtime music journalists, the podcast, “Relationship Goals,” which ran from 2015 to 2016, featured lots of music — in between playfully adversarial banter about domestic and professional headlines. The song placements, like the show itself, were done off the cuff — without much forethought, professional assistance or official permission.

“It was a little bit of pirate podcasting,” Smith said. “We weren’t a part of a network, and this was before podcasting had become super popular. We would just sit at our little kitchen table and play music and talk about it.”

In its lack of authorized music, “Relationship Goals” wasn’t unusual — the process of licensing music from official rights holders often takes resources that many independent podcast publishers don’t have. But when Smith decided to start a new podcast last year, inspired by her work on a coming book about the history of Black women in pop music, she knew she wanted to do things differently.

As it happened, so did Spotify.

“Black Girl Songbook,” Smith’s new podcast, is one of several music-focused shows introduced on the platform in the last year that take a novel approach to one of the industry’s oldest problems. It uses a hybrid format, which Spotify calls “shows with music” or “music and talk,” that allows creators to incorporate full songs from the service’s vast catalog into their podcasts free of charge. (Spotify takes a 30 percent cut of ads set up through the service.) The format gives podcasters easy access to music that would be difficult or too costly to attain on their own and presents listeners with a seamless interface for learning more about a song or adding it to their library.

Those listeners have to be using Spotify — the format, designed to exploit Spotify’s existing deals with music companies, isn’t compatible with other platforms. And only users with a premium subscription will hear full songs; everyone else gets a 30-second preview. But for Smith and others, the trade-offs have so far been worth it.

“Full songs are where the magic is,” Smith said. “There’s nothing like teeing up a song that means so much to me and that I know will mean so much to others if they just have the opportunity to hear it.”

All podcasters who want to use third-party, pre-existing music have faced the same obstacle. Unlike radio broadcasters, who can purchase blanket licenses that give them rights to most popular songs, copyright law requires podcasts and other forms of on-demand media to license songs individually. The costs, which, for a typical three-year term, can range from $500 to $6,000 per use, add up quickly. Last fall, Hrishikesh Hirway, the host of the popular music podcast “Song Exploder,” announced on Twitter that he would have to remove some episodes of the show because of mounting licensing fees. (The tweets were later deleted. Hirway declined to comment.) “Relationship Goals” faced similar challenges — most episodes of the show are no longer online.

Many podcasts that feature music get around licensing through an exception to copyright law known as “fair use,” which allows for the usage of small portions of copyrighted material for specific purposes, including comment and criticism. But fair-use defenses have an inconsistent track record in court, and as podcasts have grown in popularity, rights holders have become more aggressive.

Deborah Mannis-Gardner, a music clearance expert — she has worked on the podcasts “Broken Record” with Rick Rubin, Malcolm Gladwell and Bruce Headlam; and “The Midnight Miracle,” with Dave Chappelle, Yasiin Bey and Talib Kweli — said she has seen an uptick in inquiries from D.I.Y. creators.

“They have to determine how important the music is to them, how relevant it is to the podcast and whether or not that’s worth the few dollars they have in their budget,” Mannis-Gardner said. “I always tell people, ‘If you just want something that sounds cool, have a composer do a work-for-hire or use a music library.’” 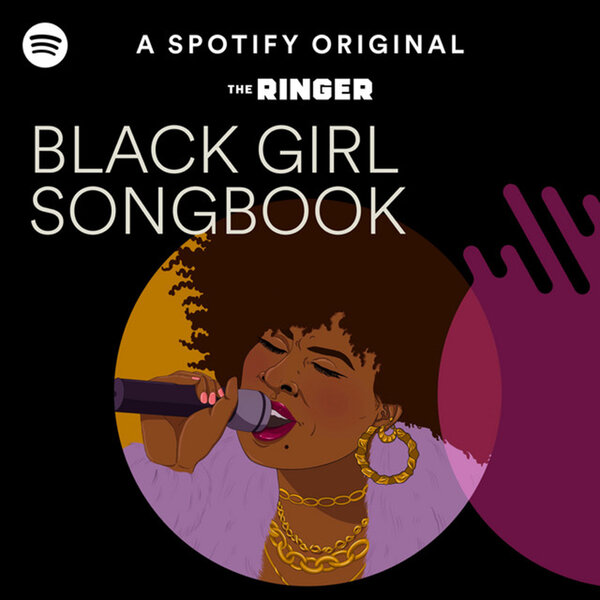 When Smith was conceiving of “Black Girl Songbook,” she wanted to create a platform that celebrated and uplifted artists, particularly the overlooked or underappreciated. Her book, “Shine Bright,” due in September from One World, is part memoir, part reappraisal of Black female musicians through history, from Big Mama Thornton to Rihanna.

The podcast takes a similar approach but brings together personal reflections, archival recordings and artist interviews alongside the music itself. One episode charts Sade’s journey from London-based immigrant studying fashion design to international superstar; another revisits Natalie Cole’s media-fueled rivalry with Aretha Franklin; an interview with Corinne Bailey Rae connects her ebullient hit, “Put Your Records On,” to her early experiences wearing a natural hairstyle.

“So many times when I’m interviewing someone, the women will say to me, ‘No one has ever asked me that,’” Smith said. “Even when Black women are in the spotlight, they’re rarely getting the kind of critical attention that they deserve.”

As with all music-and-talk shows on Spotify, the subjects of “Black Girl Songbook” receive not only the usual press exposure but compensation: Artists are paid for plays within the show just like they are elsewhere on the service. (Many musicians say those payments remain too small.) Courtney Holt, a vice president at Spotify, compared the format to Spotify playlists, describing it as a new way to deepen the company’s relationship with users.

“We think more people want to have these types of content-based conversations around music,” he said. “It ultimately drives more music engagement, it drives more artist love, and it makes Spotify that much more sticky.”

Spotify allows anyone to create a music-and-talk show through Anchor, the podcast-production software it purchased in 2019. There are currently over 20,000 music-and-talk shows on the service, many of which are similar in tone and structure to FM radio. Most of the more ambitious shows so far are produced by Spotify or its subsidiaries: “Black Girl Songbook,” for example, is produced by The Ringer; and “Murder Ballads,” a story-driven series that spotlights lurid folk songs covered by the likes of Nirvana and Johnny Cash, is from Gimlet.

Rob Harvilla, a longtime music critic and the host of another Ringer music-and-talk show, “60 Songs That Explain the ’90s,” said the podcast, his first, affords him a more tactile relationship with the music he covers. Each week, the show dives into a different song from the 1990s — Alanis Morissette’s “You Oughta Know,” Missy Elliott’s “The Rain (Supa Dupa Fly)” — with an opening monologue from Harvilla and a conversation with a special guest.

“What cracked the show open for me was being able to interact with the songs,” Harvilla said. “People listening can hear the tone of voice, the lyrics, the guitar solo — it makes things so much more vivid, whether I’m doing astute critical analysis or just a dumb joke.”

For Smith, who, as the editor of Vibe in the late ’90s, was an early champion of artists like Master P and Lauryn Hill, the new format has meant a return to old principles.

“At Vibe, my entire life was about putting people on the cover that other magazines wouldn’t — people that couldn’t get booked to perform on ‘The Tonight Show,’” she said. “I wanted to create more space to serve the underserved, not only for the women who are featured, but for the listeners who don’t get enough of what makes them happy.”