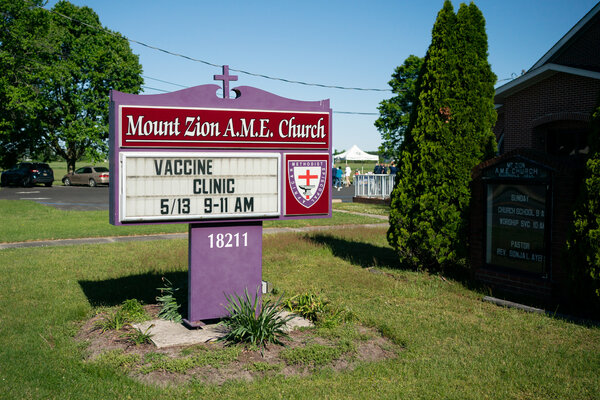 Ms. Parmet is a professor of law and the director of the Center for Health Policy and Law at Northeastern University.

The Supreme Court’s decision on Friday to allow Maine’s vaccine mandate for health care workers to go into effect was an important victory for efforts to control the pandemic through vaccination. But it is not a final one.

The six-justice majority did not explain its refusal to block Maine’s mandate. However, in a concurring opinion, Justice Amy Coney Barrett, who was joined by Justice Brett Kavanaugh, argued that the court should not consider the claims on an emergency basis “without benefit of full briefing and oral argument.” Three justices dissented, arguing that Maine’s failure to provide a religious exemption violated the First Amendment’s protection for the free exercise of religion. Without a decision on the merits, the litigation and controversy continues. So too does the peril for other long-accepted public health measures.

Only a year ago, the constitutionality of vaccine mandates seemed certain. They have a long history in the United States. During the Revolutionary War, George Washington required his soldiers to be inoculated against smallpox. In the 19th century, cities and states required that children be vaccinated against smallpox before attending school.

The mandates were controversial then, too. Nevertheless, courts almost always upheld them. In 1905, in Jacobson v. Massachusetts, the Supreme Court rejected a challenge from the Rev. Henning Jacobson to a Cambridge, Mass., law requiring all city residents to be vaccinated during a smallpox outbreak. The court explained: “There are manifold restraints to which every person is necessarily subject for the common good. On any other basis, organized society could not exist with safety to its members.”

Less than two decades later, in the 1922 ruling Zucht v. King, the Supreme Court cited the Jacobson decision to affirm a San Antonio law requiring the vaccination of schoolchildren, even in the absence of an outbreak.