Stop Pretending ‘This Is Not Who We Are’

Electoral violence is in our DNA

“Let me be very clear. The scenes of chaos at the Capitol do not reflect a true America, do not represent who we are.” Are you sure about that, Joe? An armed standoff, white male entitlement, conspiracy theories — sounds pretty American to me. Just look at this guy. “This is not who we are as a nation.” “This is not who we are as a country.” “It‘s not who we are. We‘re better than this.” We may be shocked by pictures of a mob invading the capital, but check out the paintings hanging behind them in the rotunda. We shouldn‘t be surprised because we’ve always been like this. America is a nation built on stolen land by stolen people. And if Wednesday’s rampage feels historic, it’s because violence is in our national DNA. A mob razed a whole block in Philadelphia because they didn’t like — you guessed it — the election results. And after Lincoln was elected, the South launched a Civil War rather than accept peaceful transfer of power. Those Americans dreamed this flag would fly in the halls of the Capitol, but it never did, until now. “They don’t get to steal it from us. They don‘t get to tell us we didn‘t see what we saw.” Taking up arms when you lose an election — that‘s American tradition. “I look to history, to the precedent of the 1876 election, the Hayes-Tilden election —” Glad you remember that one, Ted. That was when Black Americans were subjected to a century of Jim Crow terror, a trade-off for electoral peace. An hour after your speech on Wednesday while you cowered inside, they hung a noose outside the Capitol. And Black people cleaning up the mess — that’s another All-American tradition. This is where centuries of white entitlement leads. “Oh, there we go.” Storm the Capitol and meet hardly any resistance. A cop is not a threat. He’s a photo opportunity. And instead of a jail cell, you toast to your criminality in a hotel lobby. “We are watching an attempt at a bloodless coup in the United States.” “The closest thing that I can think of that this reminds me of is the time I spent in Iraq in 2007 and 2008.” These aren’t foreign insurgents. They are us. They shop at Walmart. They watch the Super Bowl. And they’re not going anywhere. “We were normal, good, law-abiding citizens, and you guys did this to us. We want our country back.” And for the purest expression of the American way, just look at the man responsible for Wednesday’s violence, a man who leads by Twitter, who knows that if you have enough money, they’ll let you do anything. He told us who he was, and we picked him because this is exactly who we are. “And after this, we‘re going to walk down — and I’ll be there with you — we’re going to walk down.” America, land of the snake-oil salesmen. “Let me be very clear. The scenes of chaos in the Capitol do not reflect a true America.” No, Joe. This was a perfect distillation of everything America is and has always been. Your platitude’s been a fantasy as absurd as QAnon that repeating, this is not who we are, will somehow make it true. Of course, this isn’t everything we are. “The 82-year-old hands that used to pick somebody else’s cotton went to the polls and picked her youngest son to be a United States senator.” Just hours before the violence began, Georgia elected its first Black senator. But we can only realize our strength if we stop whitewashing our sins. We are a nation forged in racist violence, a society that values wealth over wisdom, a country where personal ambitions mean more than morality, masked with false piety, where citizens wreak havoc on the very institutions that enable them and get the T-shirt too. This is the United States of America. [MUSIC PLAYING] 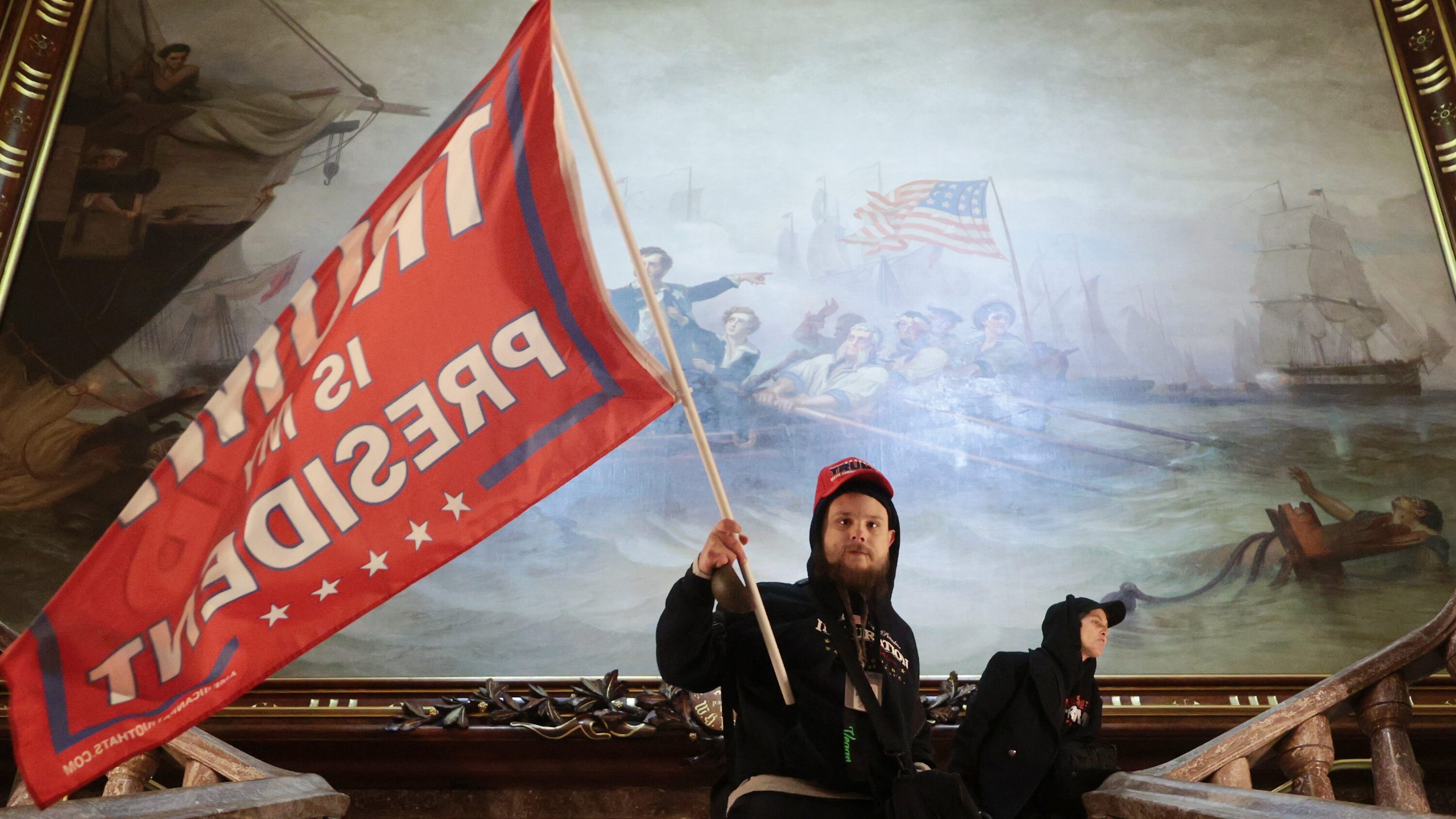 In the wake of Wednesday’s insurrection, lawmakers have embraced one response: “This is not who we are.” But that’s not true at all. Guns, conspiracies, rampages: The video above argues that everything we saw that afternoon was exactly who we are — because it’s the product of who we’ve always been. Until we face that truth, we’ll never change it.

Lindsay Crouse (@lindsaycrouse) is a senior staff editor in Opinion.

Adam Westbrook is a producer with Opinion Video.

Sanya Dosani (@saninamillion) is a producer with Opinion Video.