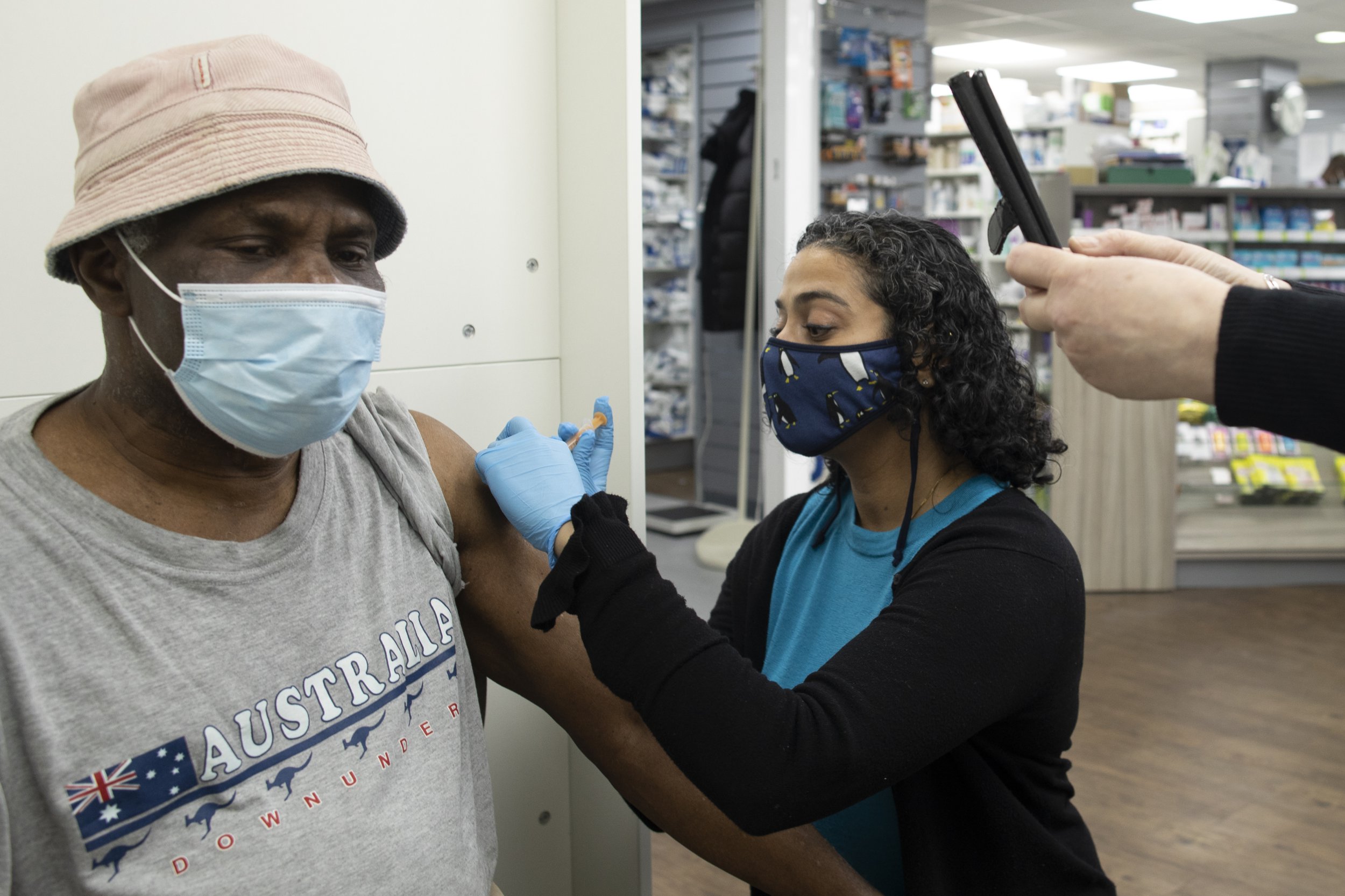 The Oxford/AstraZeneca vaccine offers only limited protection against mild disease caused by the South African variant of coronavirus, according to research.

But the British company said early data from the study, due to be published on Monday, has shown the jab can protect against severe disease caused by the mutation.

The study, first reported by the Financial Times, into the E484K mutation involved some 2,000 people, most of whom were young and healthy.

‘We do believe our vaccine could protect against severe disease, as neutralising antibody activity is equivalent to that of other Covid-19 vaccines that have demonstrated activity against more severe disease, particularly when the dosing interval is optimised to eight to 12 weeks,’ a spokesman said.

It comes after research released on Friday indicated that the Oxford/AstraZeneca jab is effective at fighting the new UK coronavirus variant.

Professor Andrew Pollard, chief investigator on the Oxford vaccine trial, said: ‘Data from our trials of the ChAdOx1 vaccine in the United Kingdom indicate that the vaccine not only protects against the original pandemic virus, but also protects against the novel variant, B117, which caused the surge in disease from the end of 2020 across the UK.’

Public health officials said the outcomes of targeted tests to track the South African variant in England could take up to two weeks.

Door-to-door testing as part of urgent efforts to swab 80,000 people came after 11 cases of the variant were identified in the previous few days in people who had no links to travel – suggesting it may be spreading in communities.

Meanwhile, the UK’s vaccines minister Nadhim Zahawi said he is ‘confident’ every adult over 50 will be offered a jab by May.

There is increasing confidence among ministers that the UK will meet its target of giving jabs to 15 million of the most vulnerable people by mid-February.

Mr Zahawi said nearly 1,000 vaccines a minute were provided in an hour on Saturday morning.

‘I’m confident we’ll meet our mid-February target of the top four cohorts, I’m also confident because I have enough line of sight of deliveries that are coming through, that we will also meet the one to nine cohorts by May.’

The ninth group in the UK’s priority list is all those over 50s.

The top four groups include everyone over 70, health, social and care home workers and the clinically extremely vulnerable.