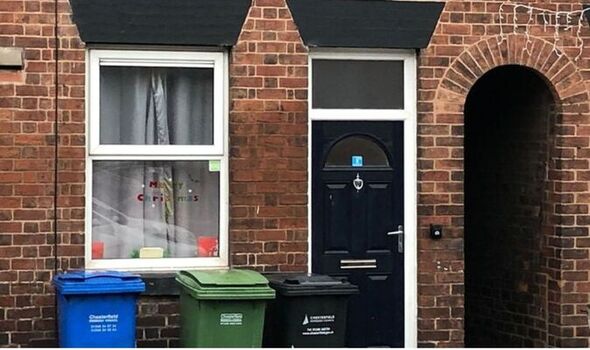 A couple charged with murdering their 10-month-old son on Christmas Day researched news articles about parents killing their babies in the weeks before he died, a court heard.

Searches made on a phone used by Shannon Marsden and Stephen Boden included looking for information regarding Katie Crowder, a woman who killed her own child and who was jailed for life just nine days prior to the death of the couple’s own son, Finley Boden.

On day two of the trial at Derby Crown Court today, November 3, prosecutor Sally Hobson took the 12-person jury through an extensive log of texts and internet searches made on a phone by both defendants in the weeks and days prior to Finley’s death, reports Derbyshire Live.

As well as those relating to Crowder, searches from the phone included those looking for news articles from several publications about parents being charged with killing babies in Derbyshire, the UK, and worldwide, as early as October 15, 2020.

Searches for such articles continued until just days before Finley lost his life, with the young boy being placed back into the care of his parents just 39 days prior to his death.

Texts sent from the defendants’ phonethat were also read out to the jury, included one stating that Boden wanted to “bounce Finley off the walls” on December 23, 2020, just two days before Finley was pronounced dead in the hospital having suffered multiple injuries and broken bones.

Prosecutors allege that Marsden, 22, and Boden, 29, both of Barrow Hill, Chesterfield, were “in it together” to murder young Finley, who in the three weeks prior to his death sustained a total of 130 injuries, including broken and fractured bones, cuts and bruises, and burns.

Opening the trial on Wednesday, November 2, Mary Prior KC, prosecuting, said that Finley was “systematically beaten” and that the couple worked together to “ensure his injuries, pain, and suffering were hidden from anyone who could have rescued him”.

The prosecution also claims that both defendants were fully aware of Finley’s injuries, which eventually proved fatal, but elected not to call for help from family or doctors for fear of their abuse being discovered.

Internet searches were made for “symptoms of sepsis” and “meningitis in babies” on December 23.

Standing in the witness box, Detective Constable Daniel Ball of the Derbyshire police said: “All we can say is the information has come from a shared mobile phone.”

DC Ball said it was not possible to determine exactly who was responsible for each text or internet search on the phone the couple shared.

Throughout the list of texts, there were also several believed to have been sent to a drug dealer, with both defendants being regular users of cannabis.

One drug deal was made as late as Christmas Eve, 2020.

In statements provided by safeguarding nurses and housing association officers, a “strong smell of cannabis” was noted during several home visits.

Furthermore, there were several messages that hinted at domestic violence between the defendants.

In one text, sent in the early hours of December 12 and which the Crown alleges was sent by Marsden to a relative, said: “It was either you or the police. Stephen did not want Finley in the house.

“I ain’t doing it anymore; I wanted a nice, happy family Christmas, but that is not going to happen here.”

The text was followed by searches for emergency housing in and around Chesterfield.

A second, also allegedly sent by Marsden, on December 21, 2020 – four days before Finley died—said: “Get the police to mine. I’m scared of Stephen around the kids.

“Tell the police he has just hit me again, and as soon as they get here, tell them he will kill me.”

Paramedics were called to the family’s home in Holland Road, Old Whittington, at 2.26am on Christmas Day, 2020. Finley was pronounced dead at 3.45am.

The couple were charged with Finley’s murder around a year later, in December 2021, as well as cruelty charges against Finley. Both parents have also been charged with individual counts of causing or allowing his death, as well as drug charges.