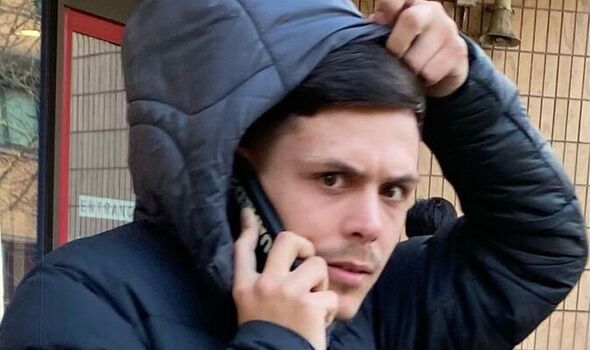 A disabled pensioner has shared how she was “betrayed” by a young man she welcomed into her home “like a son”.

Sally Johnson said she allowed her granddaughter’s ex-partner Jarrod Moody to stay with her and run shopping errands, but he went on to raid her savings to the tune of £3,500.

Sally is a widow who has leukaemia and finds it difficult to walk. She also claims she felt a maternal bond towards Moody.

The 73-year-old was shocked when she learned he had been taking her money for five months. The theft has wiped out her savings and left her struggling to pay her bills each month.

Her granddaughter was in a relationship with Moody for around five years and they have a two-year-old son together. When the couple broke up in 2020, Moody told Sally he had nowhere to go. She agreed to let the then-21-year-old — who had grown up in care — stay with her until he found somewhere else.

“I found him a nice lad,” she told WalesOnline. “He’d had it tough and I thought I was showing him a side of family life he had never seen.”

The retired catering manager said the arrangement seemed to be working well, with Moody appearing “very helpful” when it came to shopping errands.

Sally’s son Nathan, 46, said: “It was just him and my mum here. I was working away at the time, so it was company for her and it did seem to work. We felt sorry for him and we were just being nice people, putting a roof over his head. That’s what hurts all of us.”

Moody is now employed at Lamby Way recycling centre but at the time he was not working, said Sally. He did not pay rent and she provided him with free meals. “I had let him know that it suited me and I felt good about things,” she said.

Nathan added: “There was no specific time he was due to leave. Once he got here and it was all going well, it wasn’t a problem. He had the full run of the house. His friends would come over. My dad, who passed away in 2016, had a garden shed that Jarrod turned into a gym. He was being really looked after.

“My mum would need daily essentials, so every day he would go round the shop with her card. She had money in her account from insurance after there was storm damage to the house, so at first she didn’t notice the money going out. I came back from working in Paris and I was going through the accounts asking, ‘How have you spent that every day?'”

Nathan said the thefts were carried out using cashback at a shop, typically £20 or £30 a day. Moody was spending money on gym equipment like a punchbag, he added.

Sally trusted Moody so much that she initially suspected a local shop of over-charging. When she started looking at her bank statements more closely, Moody changed his approach, according to Nathan.

“He would do a shop and she would check her transactions afterwards, but he would keep hold of the card and go back later to get the cash,” said Nathan.

The crime spanned a total of five months until around June last year when the family realised what was happening. For Sally the discovery was heartbreaking. “I found it very hard to believe,” she said. “We had got on very well.

“It really affected me badly because of my situation. I live in quite a large property and the bills are very high. My pension only just covers them. I don’t have any savings at all now.”

The experience has brought distress to Sally on top of serious health problems. “I have peripheral neuropathy which means I find it difficult to walk, and leukaemia which is being managed and monitored. He knew that when he did this.”

Moody, now 23 and living in Chamberlain Road, Llandaff, pleaded guilty to theft. He was sentenced last Friday at Cardiff Magistrates’ Court where District Judge Stephen Harmes told him: “It looks like you’ve had about £20 out on average each time you used the card.”

Prosecutor Rehman Hyett said the theft amounted to £3,500 and Moody had agreed to pay back £200 a month. He did so until October last year when the payments stopped. The court heard he still owed £2,350 at that point. The family then reported the crime to police, who gave Moody a conditional caution in January with the condition that he pay the remainder within six months, but he ignored the order and made no payments — which eventually landed him in court charged with theft.

His solicitor Neil Evans said there was a “question mark” over the £3,500 figure because it was not possible to be certain which transactions were for the defendant and which were for the victim. But he accepted his client had “taken advantage” of his position of trust.

Mr Evans said Moody will be “haunted for the rest of his life” having lost his clean record, but has “started to turn his life around” with a job as an agency worker at Lamby Way recycling centre. “He is hoping that after the first two years Cardiff Council may take him on as their own employee,” the solicitor added.

When the judge asked about the job, Moody said it is typical for agency workers to be offered a contract by the council after two years. He added: “It’s right up my street mate. It’s an amazing opportunity I’ve been given. The pay gradually gets better even while you’re with the agency. It’s a decent wage, so I can get by but it is still a struggle.”

Mr Evans said his client’s finances are “about to take a dip” because he is expecting a child with his new partner, who has left her job ahead of the birth. Moody is also dealing with anxiety and depression, the court heard.

Judge Harmes said Moody had breached the trust of a woman who had helped him. The judge added: “He used her in a way that day to day he probably thinks is not that bad but over time becomes more significant”. Turning to Moody, the judge asked: “Did you smoke at the time?” Moody replied that he did. The judge then asked how much a pack cost. Moody said “about £13.50”, to which the judge said: “Madness.”

Judge Harmes said he was not going to impose unpaid work because it would mean Moody having to spend his days off fulfilling the hours. “That’s not good because you end up with a child that doesn’t know his or her dad,” said the judge. “And you know all the complications that come from that because you’ve lived it, haven’t you?”

Moody nodded and the judge continued: “You’re here because you didn’t pay. It’s your own fault you’re here. I’m trying to help you and help Sally Johnson. I think you’re probably a decent lad. It’s not a terrible offence but it’s a mean offence, because it’s someone who took you in.”

The judge did not impose any costs other than the £2,350 in compensation because “the money should go to her as fast as it can”. Moody must pay at a rate of £160 a month. “You’ll be working half a day a week for her, effectively,” said Judge Harmes, who also imposed 30 days of rehabilitation activity. “If you breach this order then you’ll see me again.”

Nathan and Sally said their experience of the criminal justice system had left them frustrated. They questioned why it took so long for the matter to come before a court. Almost a week after the sentencing they had not been informed of the outcome by anyone other than WalesOnline. “We feel like we’ve been kept in the dark,” said Nathan.

He said he told police that he and Sally would have been happy to read a statement in court explaining the impact of the offence, but they were not invited. No victim impact statement was read in court.

Sally believes Moody should have been punished more for the theft. She described the sentence as “bemusing”, adding: “He’s got off very lightly. It’s not affected him.”