A three-year-old was among those shot dead by a gunman who killed four other people in Plymouth before shooting himself, police have said.

Devon and Cornwall Police Chief Constable Shaun Sawyer said the girl and a male relative were shot dead by 22-year-old Jake Davison, who also killed another man and two women. 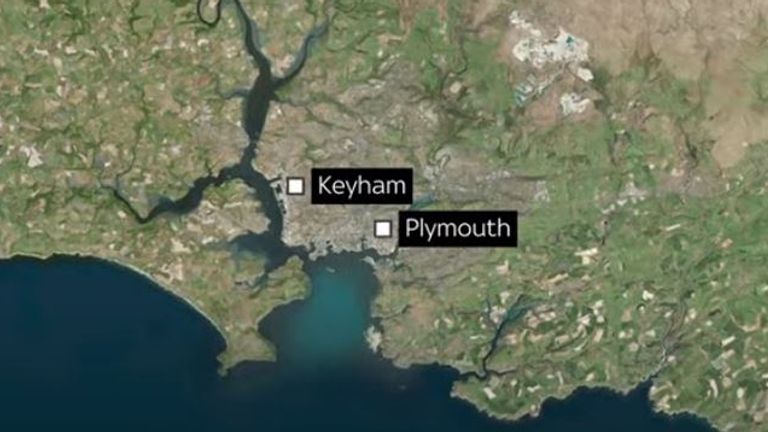 Speaking at a press conference, he said there were a “considerable” number of phone calls to emergency services and that police arrived at the scene on Biddick Drive in Keyham on Thursday evening within six minutes.

He said the first woman Davison killed at an address on Biddick Drive was “known to him”, adding he believed there was a “familial relationship”.

Davison then went outside where he shot the girl and her relative, before shooting dead another man in nearby parkland.

After shooting and fatally injuring another woman in Henderson Place, Davison turned the weapon on himself, the force said.

It’s not yet clear whether the suspect knew the rest of the victims, but Chief Constable Sawyer said Davison “knew people on that street”.

“We believe we have an incident that is domestic-related and has spilled out into the street and seen several people within Plymouth losing their lives in an extraordinarily tragic circumstance,” he said. Chief Constable Sawyer said Davison had a firearms licence in 2020, there was “no motive” at present, and the weapon – which witnesses described as a pump-action shotgun – was recovered from the scene.

“Multiple shots have been fired from a firearm during that six-minute-or-so period,” he continued.

“There are some 13 scenes and potentially more scenes. There are therefore five people of Plymouth who have lost their lives overnight – and Mr Davison himself – including a particularly young child.”

Davison turned the gun on himself before officers were able to engage with him, the chief constable said. 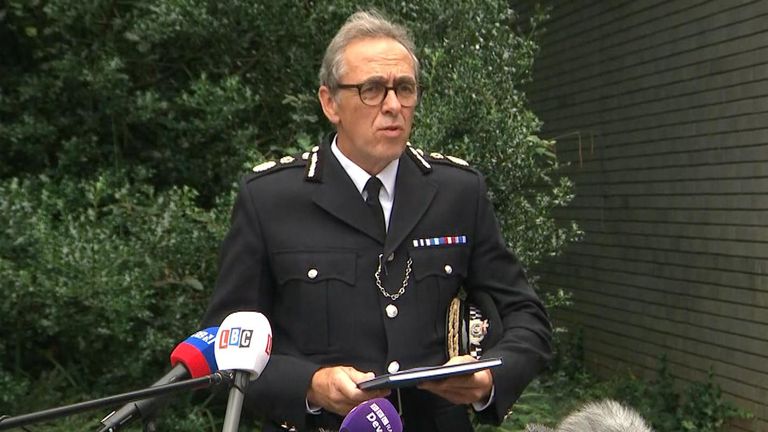 He added that the victims’ identities would be made public at a later time.

Police confirmed all of those involved died from gunshot wounds. 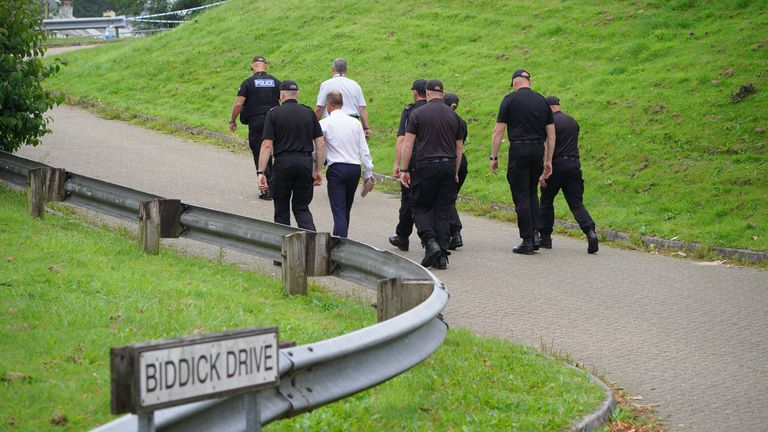 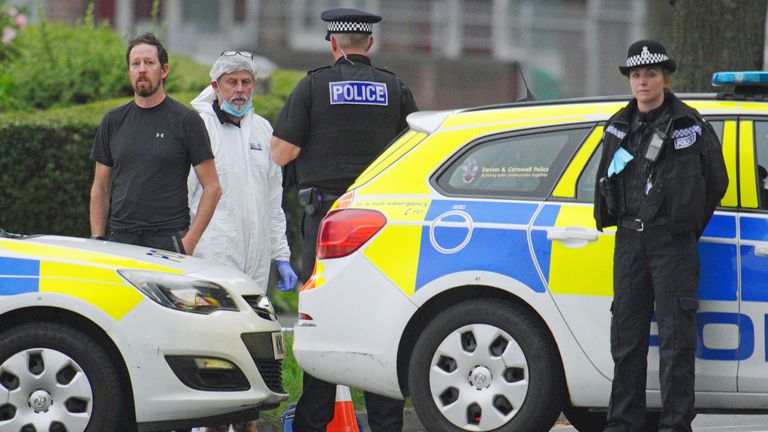 Davison was named as the suspected gunman earlier today.

In videos shared online just weeks before the massacre, he spoke of being “beaten down” and “defeated by life”.

Davison, who posted on a YouTube channel under the name Professor Waffle, said he did not have “any willpower to do anything anymore” in a recording dated 28 July. 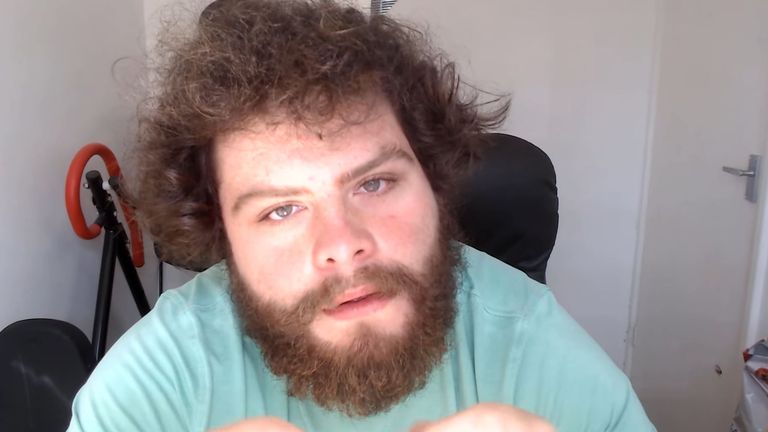 In several clips, he referred to the “incels” – an abbreviation online for “involutory celibacy”, the online subculture that involves men who are unable to find a romantic or sexual partner despite desiring one, often expressing hostility and extreme resentment towards those who are sexually active, particularly women.

Although saying he did not “clarify” himself as an “incel”, Davison talked about “people similar to me have had nothing but themselves”.

Chief Constable Sawyer said police are “not considering terrorism or a relationship with any far-right group or any such other group” but will be investigating his computer hard drive. 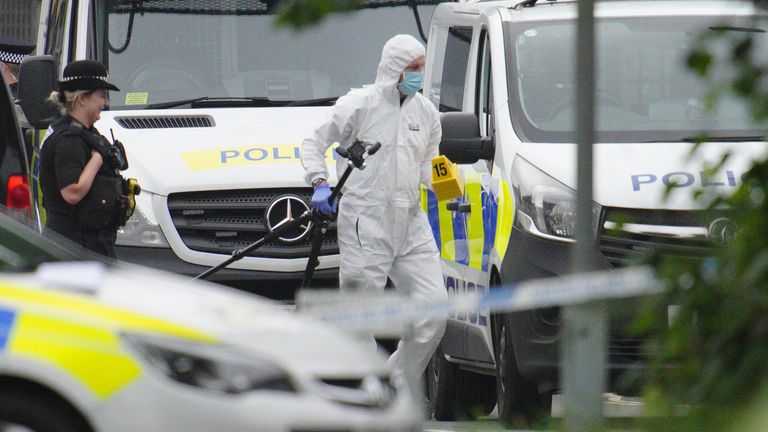 Luke Pollard, MP for Plymouth Sutton and Devonport, earlier confirmed on Twitter that one of the victims was a child under 10, and said he was “utterly devastated”.

He also said a number of people were being treated for their injuries in hospital.

Officers were called to Biddick Drive at about 6.10pm following reports of a shooting. 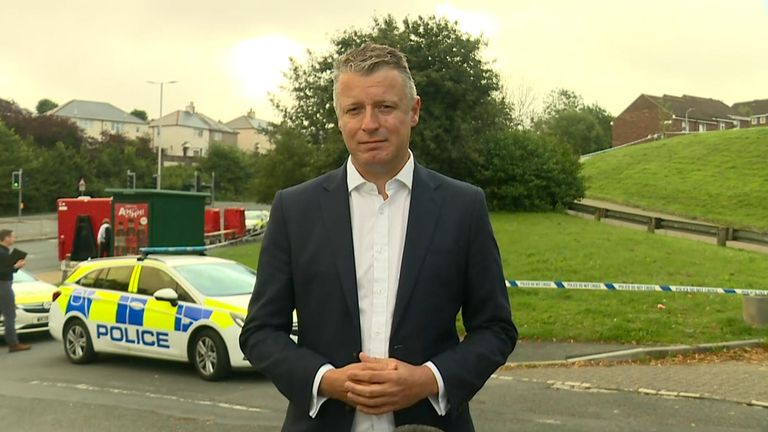 Police declared a “critical incident” but stressed the shooting was not terror-related and they are not looking for anyone else in connection with what happened.

The next of kin of those who died have been informed.

Neighbours reported hearing very loud gunshots and some members of the public told Sky News it sounded like a bomb was going off.

Forensic experts have been pictured carrying out investigations at the crime scene on Friday morning. They have been doing fingertip searches, bagging up evidence and taking pictures.

Prime Minister Boris Johnson has reacted to the news, saying his “thoughts are with the friends and family of those who lost their lives and with all those affected”.

He also thanked the emergency services for their response to the incident.

Home Secretary Priti Patel described the incident in the Devon city as “shocking” and said her thoughts were with all those affected.

Johnny Mercer, MP for Plymouth, Moor View, condemned the shooting as an “appalling act of violence” and told Sky News it will have “far-reaching effects throughout the community”.