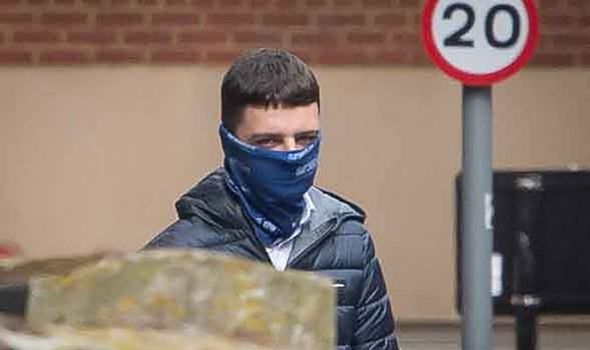 Connor Tustin, 20, had the youngsters unrestrained in the back of a Kia when he crashed the motor. The driver ran from the scene, leaving the two-year-old and another child, aged five, hurt in the vehicle in Sheldon, Birmingham.

A court yesterday heard one youngster suffered a broken leg, and the other broke his collarbone in the smash, which happened after police chased Tustin following a disturbance at the home address of the mother of the two year old.

But a judge at Birmingham Crown Court said Tustin was “scared” and “made a bad choice” due to his autism.

And so Recorder Jennifer Johns suspended Tustin’s eight-months prison term for one year on Tuesday.

She said: “I have read the report about your autism. I understand you were scared and you made a bad choice but there are reasons for that.

“I know you are an adult, but you are still young.

“As a judge, we have to recognise that when you have autism in the way that you do, it can affect how you make decisions.

“You didn’t kill anybody so I used the guideline [death by dangerous] to give me some clues.

I have read the report about your autism. I understand you were scared and you made a bad choice but there are reasons for that.

The children have recovered from their injuries sustained in the crash on June 17 last year, Birmingham Live reports.

The court heard the mother of the five year old had decided to take the kids away to a “safer place” when the disturbance happened at the address in Sheldon prior to the chase. She put both children in the back seat of her Kia Sportage and went back into the property to get two other children and car seats.

But Tustin jumped into the vehicle and drove off when police officers arrived.

Alex Barnfield, prosecuting, said Tustin had neither a licence nor insurance and there were no child restraints in the Kia.

The mother of the older child “reported to the police there were children in the car and the police followed the vehicle for obvious reasons.”

However, Tustin crashed the car on a residential road in the quiet suburb.

Recorder Johns added: “The injuries to two children, one fractured tibia and the other whose collar bone was broken, luckily both of them are okay, so that’s good.

“You won’t go to prison today but if you commit any other crimes in a given time period then you will have to go to prison.

“I wish you well and I hope you manage to keep up with your treatment and that everything goes well for you.”

He was handed a three-month curfew, restricting him from leaving his home between 9pm and 6am daily.

Though he does not have a licence, he was banned from driving for three years and must take an extended test, if he should wish to pass his test.

The defendant was also ordered to pay £425 in costs.