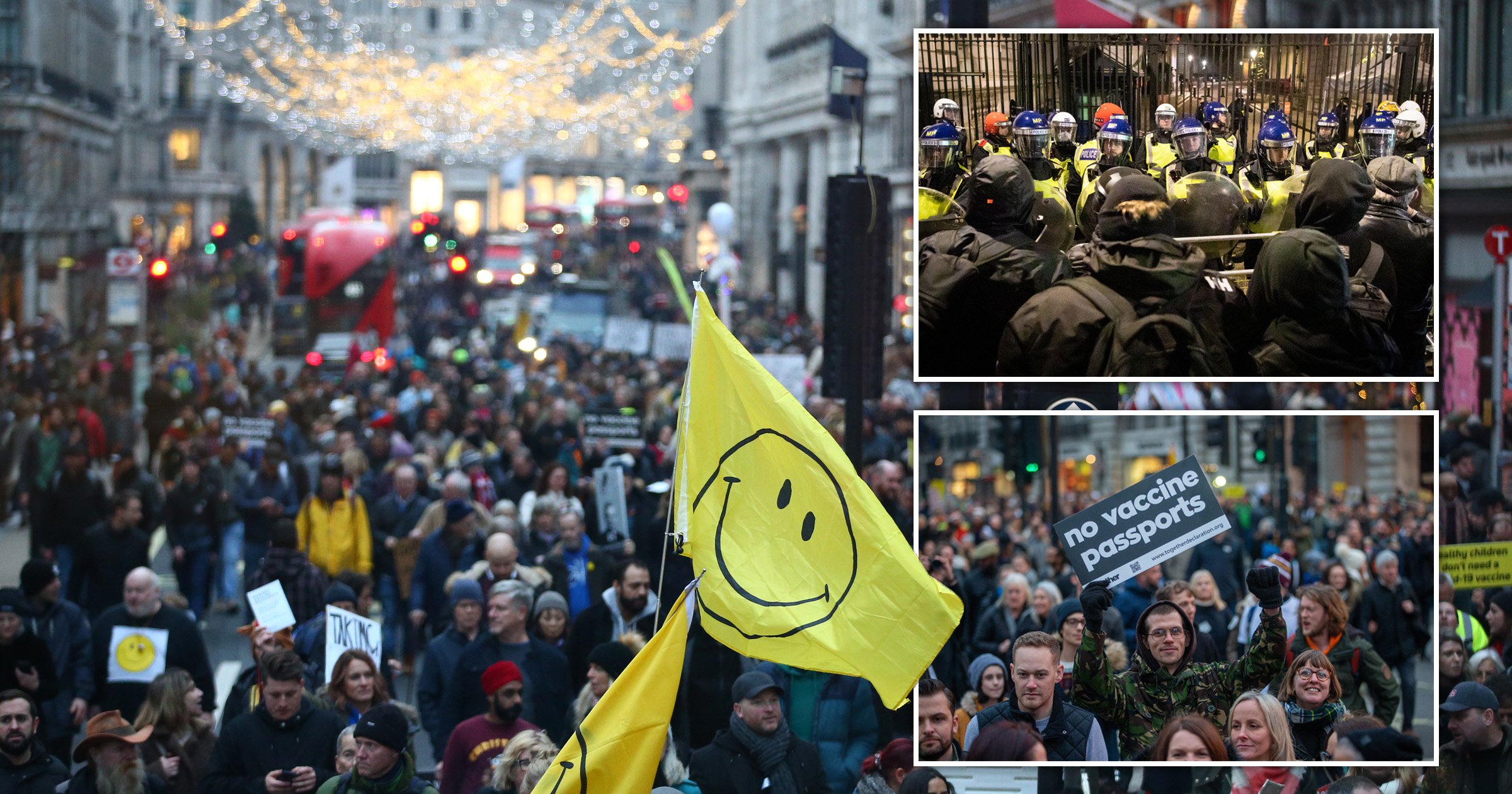 Anti-lockdown protesters threw beer cans and clashed with police in London on the day Mayor Sadiq Khan declared a ‘major incident’ due to Covid.

Scuffles broke out as thousands gathered for a demonstration against vaccine passports.

Some officers suffered minor injuries while attempting to escort a police motorcyclist through the area by Parliament Square at around 12.30pm on Saturday.

Video footage from the protest posted on social media showed shoving between police and protesters.

Later at around 3pm a group of protesters stopped outside a shop on Regents Street, police said.

They began ‘directing abuse’ at people inside and throwing eggs at the shop until police intervened, ending the incident.

No injuries were reported and the Met said no arrests were made.

Around an hour later, another group stopped on Whitehall, by Downing Street, and threw beer and a flare at officers.

The Met said: ‘Regrettably, officers elsewhere on Whitehall were also subjected to abuse and physical violence. A number of officers sustained injuries as a result.’

It came as Mr Khan again put London on an emergency footing due to the rapid spread of Omicron in the capital.

The declaration of a major incident will allow authorities to work together and support each other to reduce service disruption and allow more time to give out booster jabs, the mayor’s office said.

Mr Khan said: ‘The surge in cases of the Omicron variant across our capital is hugely concerning, so we are once again declaring a major incident because of the threat of Covid-19 to our city.

‘The Omicron variant has quickly become dominant, with cases increasing rapidly and the number of patients in our hospitals with Covid-19 on the rise again.

‘We are already feeling the impact across the capital and while we are still learning about this variant, it’s right that London’s key agencies work closely together to minimise the impact on our city, including helping to protect the vital vaccination programme.’