The theory that prehistoric hunting was only for men looks like being a modern male sexist construct after a discovery at an ancient burial site in Peru..

The remains of a teenage girl who lived around 9,000 years ago were found, alongside a “well-stocked big-game hunting toolkit”.

Previously it was thought that women were foragers while men did the hunting but researchers say the findings challenge this hypothesis. 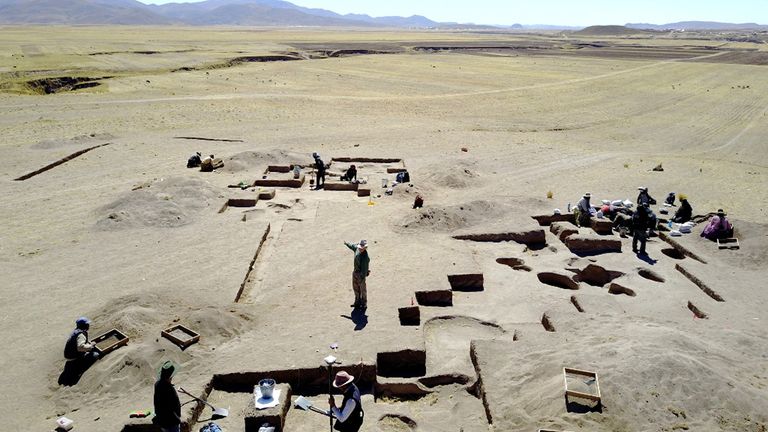 Randy Haas, an assistant professor of anthropology at the University of California, Davis, and the lead author on the study, said: “An archaeological discovery and analysis of early burial practices overturns the long-held ‘man-the-hunter’ hypothesis.

“Labour practices among recent hunter-gatherer societies are highly gendered, which might lead some to believe that sexist inequalities in things like pay or rank are somehow ‘natural’.

“But it’s now clear that sexual division of labour was fundamentally different – likely more equitable – in our species’ deep hunter-gatherer past.”

The female hunter’s remains were found in 2018 during excavations at Wilamaya Patjxa, a high-altitude site in Peru. 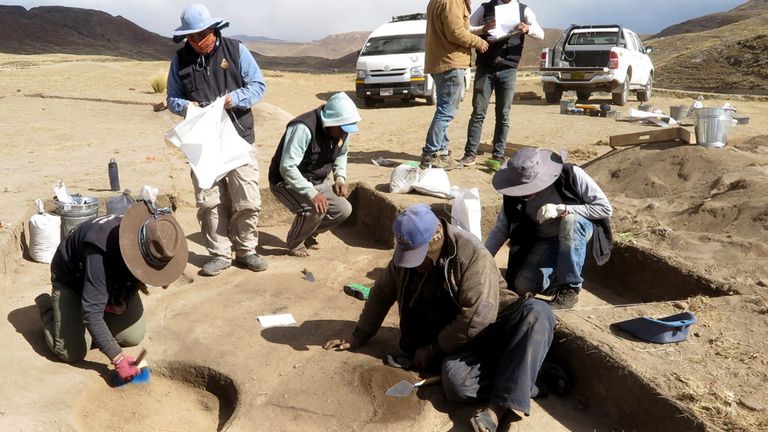 The toolkit buried with her included “stone projectile points for felling large animals, a knife and flakes of rock for removing internal organs, and tools for scraping and tanning hides”.

Researchers used protein analysis of the dental remnants to confirm the remains were female.

They used bone examinations to conclude she may have been aged between 17 and 19 when she died.

The discovery inspired the researchers to look at archaeological records of other burial sites throughout North and South America.

They found evidence of 27 individuals buried with big-game hunting tools – 11 female and 16 male, suggesting that between 30% and 50% of big-game hunters who lived more than 10,000 years ago in the Americas may have been women.

Prof Haas said: “Our findings have made me rethink the most basic organisational structure of ancient hunter-gatherer groups, and human groups more generally.

“Among historic and contemporary hunter-gatherers, it is almost always the case that males are the hunters and females are the gatherers.

“Because of this – and likely because of sexist assumptions about division of labour in western society – archaeological findings of females with hunting tools just didn’t fit prevailing worldviews.

“It took a strong case to help us recognise that the archaeological pattern indicated actual female hunting behaviour.”

The research is published in the journal Science Advances.