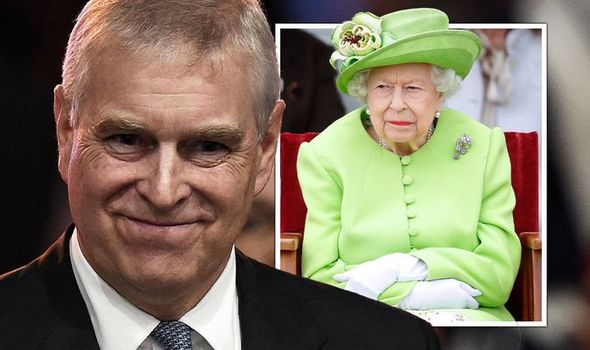 Buckingham Palace has confirmed that the 95-year-old monarch will award the medals to a large number of her relatives.

And that will include those who no longer or have never undertaken official engagements on her behalf.

Harry and Meghan, who have been mired in controversy since going to the US and dropping royal duties, will also receive the medals.

Andrew, 61, has been lying low as he faces a US civil court case over claims of sexual assault, which he strenuously denies. He stepped back from royal duties in 2019 because of the scandal surrounding his friendship with Jeffrey Epstein.

Around 400,000 medals will be presented to frontline members of the emergency and prison services and Armed Forces who have all completed five years’ work to thank them for their public service.

Also receiving them will be members of the Royal Household with one year’s service, and living recipients of the George and Victoria Cross.

Culture Secretary Nadine Dorries says the medal will honour the recipients’ dedication and service to the nation. But they will also be given to members of the Queen’s family regardless of whether they work for the Firm.

“It is purely commemorative,” one source said.The Queen buys the medals for her family herself.

Palace officials have previously suggested that medals from past jubilees, worn by senior members of the family – such as Princes Charles, William, Harry, Andrew and Edward and Princess Anne at Prince Philip’s funeral in April – were for their service to the nation.

But the Daily Express has established that other members of the family, such as Peter Phillips, Zara and Mike Tindall, Prince and Princess Michael of Kent, Princesses Beatrice and Eugenie and their husbands, who all have private business careers, are expected to receive the medal.

The Duchess of Cornwall, the Duchess of Cambridge and the Countess of Wessex will also be included. A Buckingham Palace spokeswoman said: “A wide number of members of the Royal Family will receive the Platinum Jubilee medal in line with the previous two jubilees.”

Andrew has medals from his mother’s Silver, Golden and Diamond Jubilees. Harry, 37, has the latter two.

Citing previous examples may help the Queen to justify giving medals to them and Meghan despite the controversy that has surrounded them since they stepped down from official royal duties. But, curiously, officials have been unable to explain why only some family members wear their medals on formal occasions. Peter Phillips did not wear his jubilee medals at his grandfather’s funeral, where as William and Harry did.

The Queen is due to kickstart next year’s jubilee on Friday when she and Charles will plant a copper beech to encourage people to plant a tree marking her 70 years on the throne.

She is said to be keen to get back to face-to-face engagements after 19 months of mostly virtual duties.