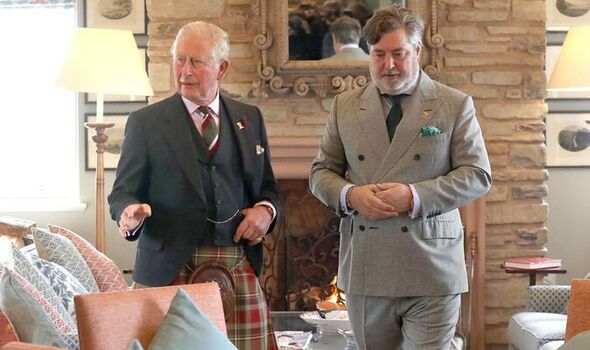 The 59-year-old was a close aide to Charles for some 40 years. There were claims he ­had helped billionaire ­Saudi donor Mahfouz Marei Mubarak bin Mahfouz to become an honorary CBE ­in 2016 and to gain British citizenship. But Clarence House indicated at the time Charles was unaware of the situation and Mr Mahfouz denied any wrongdoing in the case.

The situation led The Prince’s Foundation to publish a summary of a probe by auditing firm EY into the allegations.

It was concluded “there is evidence that communication and co-ordination took place between the CEO at the ­time and so-called ‘fixers’ regarding honorary nominations for a donor between 2014 to 2018”.

Mr Fawcett resigned during 2003 after being accused, but cleared, of selling royal gifts yet he continued to work as a freelance fixer and events manager for Charles.

Clarence House said it would no longer work with his event planning firm.

The Prince has previously commented: “I can manage without just about anyone except for Michael.”

Mr Fawcett, the son of an accountant from Orpington in south-east London, joined Buckingham Palace in 1981.

He initially worked as a footman to the Queen before becoming “indispensable” ­to the Prince.

Mr Fawcett was said to be so close to the royal that he would “squeeze Charles’ toothpaste so the heir could brush his teeth”.