Prince Harry, 36, has been criticised by one royal commentator after speaking out about his wilder days in a new interview. During an episode of Dax Shepard’s Armchair Expert podcast, Harry opened up about his struggles in the royal bubble and used expletives when quizzing the host about his path to sobriety.

After asking recovering addict Mr Shepard if he had “an awareness” of what was fuelling his drugs use as a younger man, Harry said: “For you, it was your upbringing and everything that happened to you – the trauma, pain and suffering…

“All of a sudden you find yourself doing a s***load of drugs and partying hard.

“Look how many other people do that as well. They wouldn’t have the awareness at the time.

“I certainly wouldn’t have had the awareness when I was going wild.” 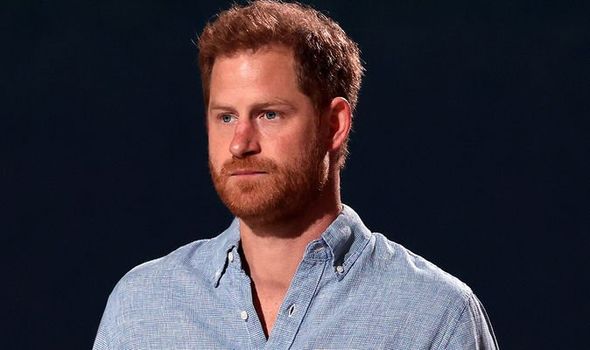 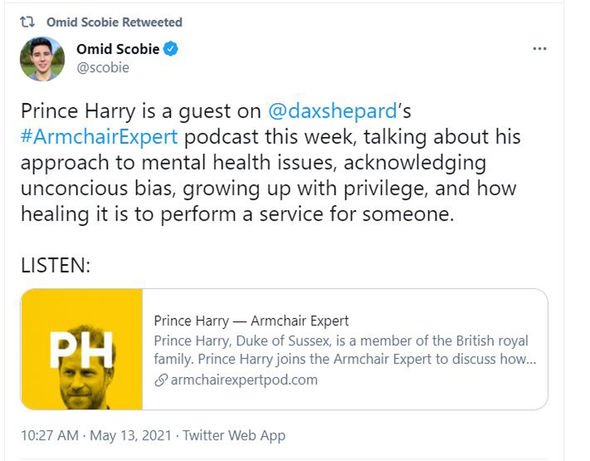 Harry added: “It’s like why am I actually doing this? In the moment it’s like, this is fun.

One royal commentator has claimed the interview was a mistake, that Harry’s use of foul language was “puerile” and that “there was no reason whatever to go into personal matters in this podcast.”

Reacting to the podcast, royal commentator Richard Fitzwilliams told Express.co.uk: “This is an interview that Harry should not have given.” 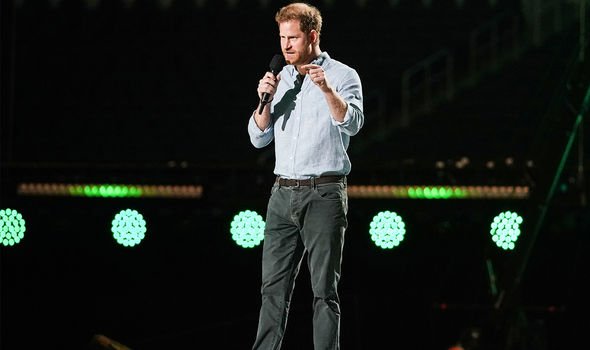 Mr Fitzwilliams added: “It seems that he believes that interviews which give insights into his life as a senior royal give him celebrity credibility.”

Harry is at risk of becoming “passé” if he continues to do interviews of this sort, Mr Fitzwilliams claimed.

He said: “It shows he is in a form of limbo, he is trying to be meaningful but it won’t be long before having him on a podcast will be a sign of being passé.”

During the interview, Harry compares his upbringing in the royal bubble to the film the Truman Show but Mr Fitzwilliams claims the Duke is “out of his depth.”

He said: “It would normally be possible to sympathise with those who are in a similar plight to those on the Truman Show.

“However, Harry is clearly out of his depth whilst believing he has found freedom.

“There was no reason whatever to go into personal matters in this podcast.

Mr Fitzwilliams claimed Harry seems to be using these public interviews “like a kind of therapy” and that they “have a shelf life.” 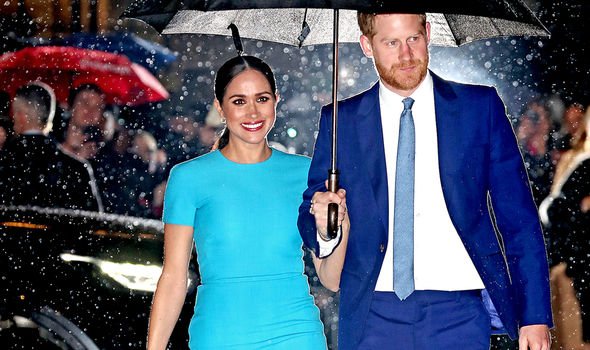 He added: “He ought to realise there must be a shelf life to interviews like this, we knew he was not happy in his royal role in earlier years and is haunted by Diana’s tragic death, but it is truly sad he appears to be using public appearances like this as a kind of therapy.

While Meghan and Harry left the UK to pursue a “more peaceful life” in the USA, Mr Fitzwilliams claims the couple have simply switched the royal gold fishbowl for the “zoo” of Hollywood.

He concluded: “I couldn’t help wondering if, among the celebrities of Los Angeles, he was in a very different kind of zoo to that which he claims he experienced when a working royal, but a far less prestigious one.”