Outside his own friends and family, few spent more time up close and personal with the Duke of Edinburgh than Anwar Hussein.

Over the course of half a century the longest serving royal photographer travelled the world with the Queen and Prince Philip, visiting more than 70 countries.

Anwar, now 83, grew up in Tanzania where the only picture he had seen of Her Majesty was that on a postage stamp. 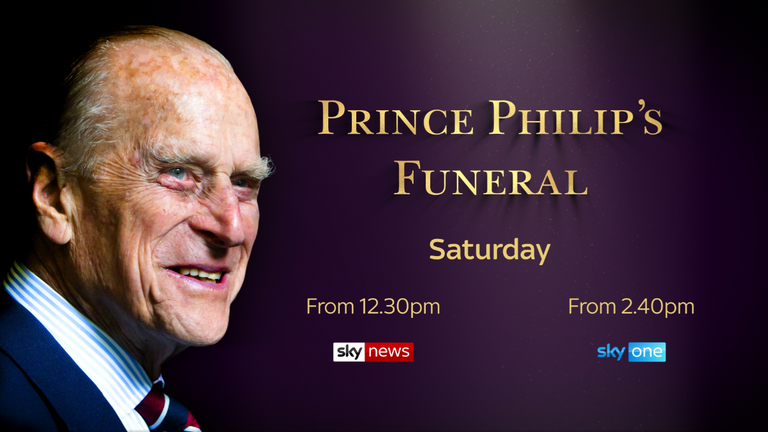 He established himself in Britain by photographing film stars and music icons like Freddie Mercury but chronicling the life of the ultimate celebrity family became his life’s work.

Below, Anwar selects his favourite pictures he took of the Duke of Edinburgh, whom he photographed for the first time in 1963 and most recently at Epsom racecourse in 2019. The Queen liked this picture so much it became an official Christmas card. It was taken just outside Montreal, Canada where the family had travelled to watch Princess Anne compete in the Olympics.

“It was very unusual for the entire family to leave the country at the same time,” Anwar says, “normally if the Royal Family goes away they leave someone behind in case something happens.

“It supposed to be Edward was left behind but Prince Charles asked to bring him. I told them it was history in the making and we must take this picture.

“The Duke wasn’t too happy with posing for this picture but eventually he relented.” “The Duke did take good care of the Queen when there were certain ceremonies where she might feel uncomfortable,” Anwar said.

“For example, in Fiji they had to drink this special drink and he made sure she was ok with it.”

He added: “This picture is in the desert with the King of Morocco. They had to sit down on the floor and have a roasted lamb and eat with the hand.

“It’s very rare that the Royal Family allow pictures of them eating and you can see in the picture the duke is concerned and looking at the Queen.” 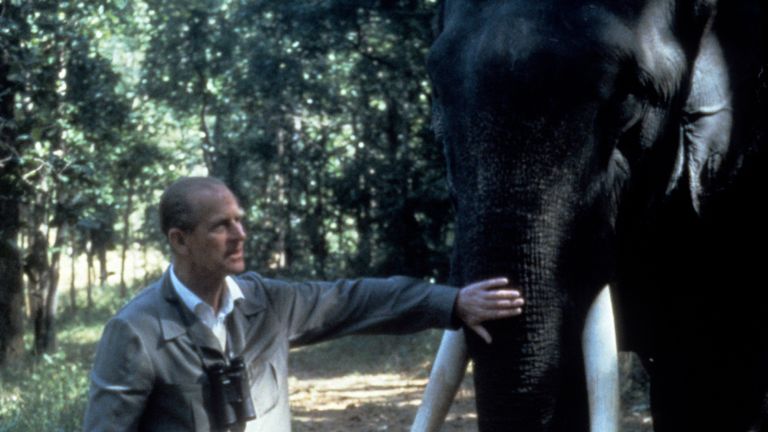 “We managed to convince Prince Philip to stroke this elephant so we could take a picture of him and in another picture he is feeding a banana to an elephant,” Anwar says.

“He was very concerned about the conservation of wildlife and the environment.

“However, one thing I didn’t like was how many pheasants they would shoot while they were up on the Balmoral estate.” 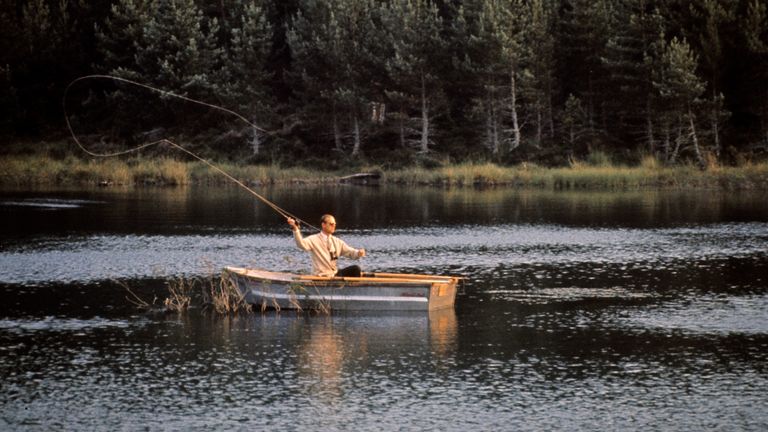 “I helped to show the Royal family in a more relaxed way,” says Anwar, “I didn’t like the pictures of the Queen looking very official and looking straight into the camera, I preferred to take more natural photographs.

“This one has a look of a paparazzi picture in the forest but they knew I was there. I drove up very early in the morning and took one set of pictures and left.” “This is such a colourful picture of the Duke being carried by local islanders on a traditional canoe,” says Anwar.

“He kept saying he was worried about them toppling over and bringing him down with them. The Duke liked travelling to these islands, he enjoyed the culture, dancing and the celebration of the way of living.

“He was fascinated at seeing men in grass skirts, he always used to joke with them. I don’t know if he was pulling their leg or if they understood his sense of humour.

“He was terribly direct, especially with local people he used to say all sorts of things and got away with it – sometimes it was difficult to know if he was being rude or being funny.”