The dress that Diana, Princess of Wales, wore on her wedding day in 1981 has gone on display at Kensington Palace for the first time in 25 years.

Complete with its 25ft sequin-encrusted train which filled the aisle of St Paul’s Cathedral, the dress has been loaned to the exhibition by Diana’s children, Prince William and Prince Harry.

The Royal Style in the Making exhibition looks at what it is like to design an outfit for a royal client. Organisers say Diana’s dress “is now among the most famous in bridal history”.

It features a fitted bodice overlaid at the centre both front and back, and panels of antique Carrickmacross lace that originally belonged to Queen Mary.

It also has a scooped neckline and large puffed sleeves that are trimmed with bows and deep ruffles of taffeta, a style made popular by Diana in the early 1980s.

Designers David and Elizabeth Emanuel also created a full skirt for the dress that is supported on a mountain of stiff net petticoats.

Ms Emanuel recalled Diana calling her and her then husband to ask them to design the dress.

“It was one of those strange moments where you know your life is never going to be the same again,” she said in a video being shown at the exhibition. 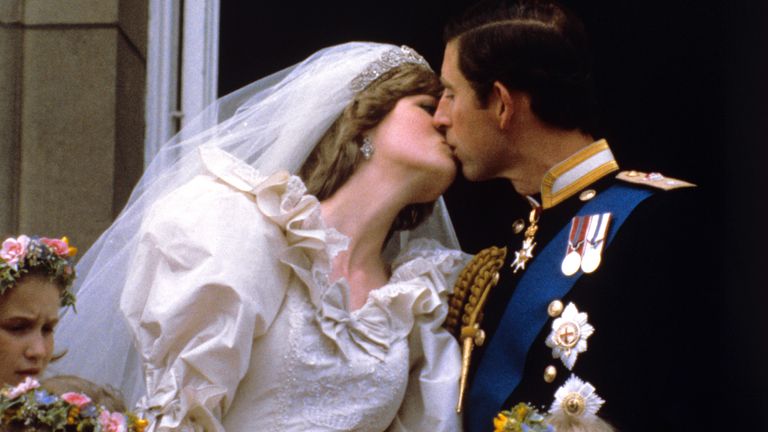 A rare surviving toile for the 1937 coronation gown of Queen Elizabeth the Queen Mother, consort of King George VI, is among a number of other items of royal fashion history on display.

Original sketches, fabric swatches and unseen photographs from the royal ceremonial dress collection will also be displayed in an effort to bring to life the skills that couturiers added to the royal wardrobe. 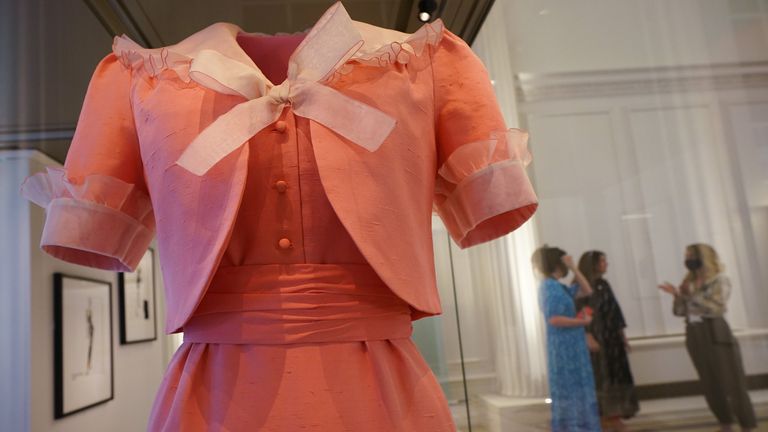 An array of glittering gowns and stylish tailoring created for three generations of royal women are also among the items on show at the Kensington Palace Orangery.

Opening today, the exhibition will be open to the public from 3 June until the new year.