This is not the trial of George Floyd. George Floyd is not on trial here. You’ve heard some things about George Floyd, that he struggled with drug addiction, that he was being investigated for allegedly passing a fake $20 bill, that there was never any evidence introduced that he knew was fake in the first place. But but he is not on trial. He didn’t get a trial when he was alive. And he is not on trial here. A knee to the neck, a knee to the back, twisting his fingers, holding his legs for nine minutes and 29 seconds — the defendant’s weight on him. The lungs in his chest unable to expand because there wasn’t enough room to breathe. George Floyd tried. He pushed his bare shoulder against the pavement to lift himself, to give his chest, to give his lungs enough room in his chest, to breathe. The pavement tearing into his skin, George Floyd losing strength, not superhuman strength. There is no superhuman strength that day. There’s no superhuman strength because there’s no such thing as a superhuman — those exist in comic books. 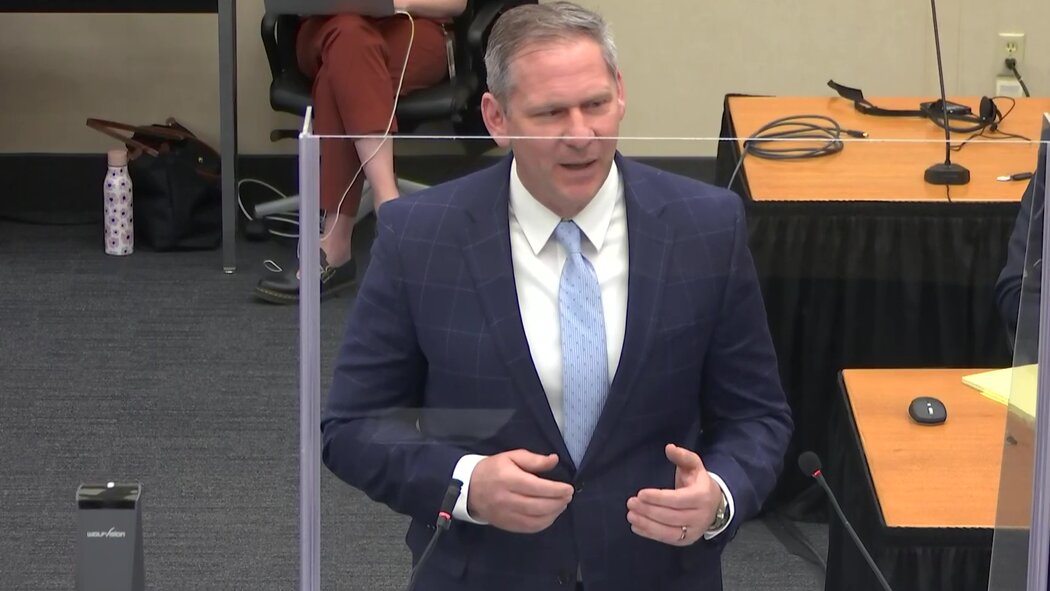