Joe Biden warns Putin not to use tactical nuclear weapons

Although military failings in Ukraine have led to growing criticism, Putin has spent the last two decades protecting himself against internal challenges, one said.

A highly successful Ukrainian counter-offensive has seen Russia lose possession of the symbolic city of Kharkiv and almost 5,000 square miles of captured territory, leading to a series of highly critical announcements on national TV and a call by 50 elected politicians for him to resign.

However, such open dissent would have to continue to grow before it became “meaningful”, said Russian expert Keir Giles, of the Chatham House think-tank.

He blamed the swiftness of Ukraine’s advances for Moscow’s failure to ensure its narrative was prioritised.

“There are those who are interpreting these things as the first signs of cracks in the system,” he said.

“The fact the propaganda system was temporarily in disarray for a few days is significant but we must wait to see whether this was a temporary glitch.

“If it continues it becomes a great deal more interesting.” 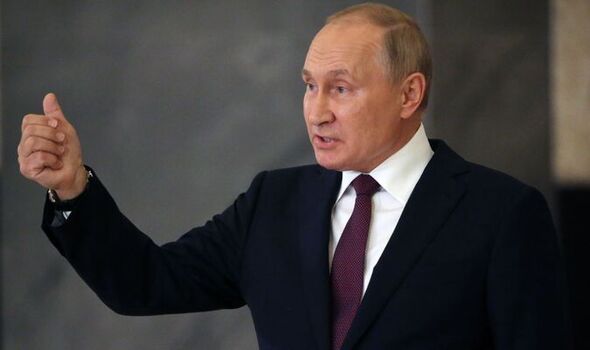 While acknowledging that some Duma deputies and television hosts felt “brave enough” to express criticism, he added: “Putin has spent 20 years preparing for and neutralising the challenge he is now facing. He has many measures in place to make sure nothing threatens him.”

Already, Moscow is shifting the blame to its ministry of defence, and even defence minister Sergei Shoigu, said Alex Lord, of the Sibylline strategic risk group.

“Notwithstanding the fact that Putin has been micro-managing this war at colonel level, the Kremlin is regaining control of its narrative by blaming ill-informed military advisers, the ministry of defence and even Shoigu. He tried to publicly distance himself from this war a few months ago but he may still be the fall guy.”

Despite the Kremlin’s puppet-mastery, however, Putin and his planners still face a lose-lose scenario.

With Ukraine’s counter-offensive threatening to reverse the gains of Putin’s energy stranglehold by galvanising the West, he has two choices: risk losing the war or introduce mass mobilisation.

According to Ukrainian figures, Russia has lost 55,000 troops – more than US losses in the Vietnam war. Its shortage of effective troops was laid bare by the fact it was only able to commit 50,000 to last week’s “Vostok” military exercises with China, India, Belarus, Syria and a host of other central Asian countries.

When the exercises were last held four years ago, Russia fielded 300,000 troops.

But while hardliners in Russia are calling for mass conscription, the political risks for Putin may be too great.

“If he escalates this conflict from a ‘special military operation’ to a war, as he would have to do in order to launch nationwide conscription, it would be an admission of failure. Putin doesn’t do admissions of failure,” Mr Giles said.

Viktorija Starych-Samuoliene, of the Council on Geostrategy, said: “If mass mobilisation were an option, Putin would already have taken it. But it is too unpopular with the general public.”

Options include relying more heavily on private mercenary companies like the Wagner Group, which has now resorted to conscripting criminals in Russian prisons, with inmates made to fight for six months in return for their freedom.

Last week video footage emerged of Wagner chief Yevgeny Prigozhin addressing prisoners and telling them the 22-50 age range for volunteers could be broken.

British intelligence analysts add that it isn’t clear if Russia even has “sufficient reserves” to withstand another concerted assault in eastern parts of Ukraine.

It followed the horrified reaction to the unearthing of bodies at a mass burial site near the city of Izium, which was recently recaptured from Moscow.