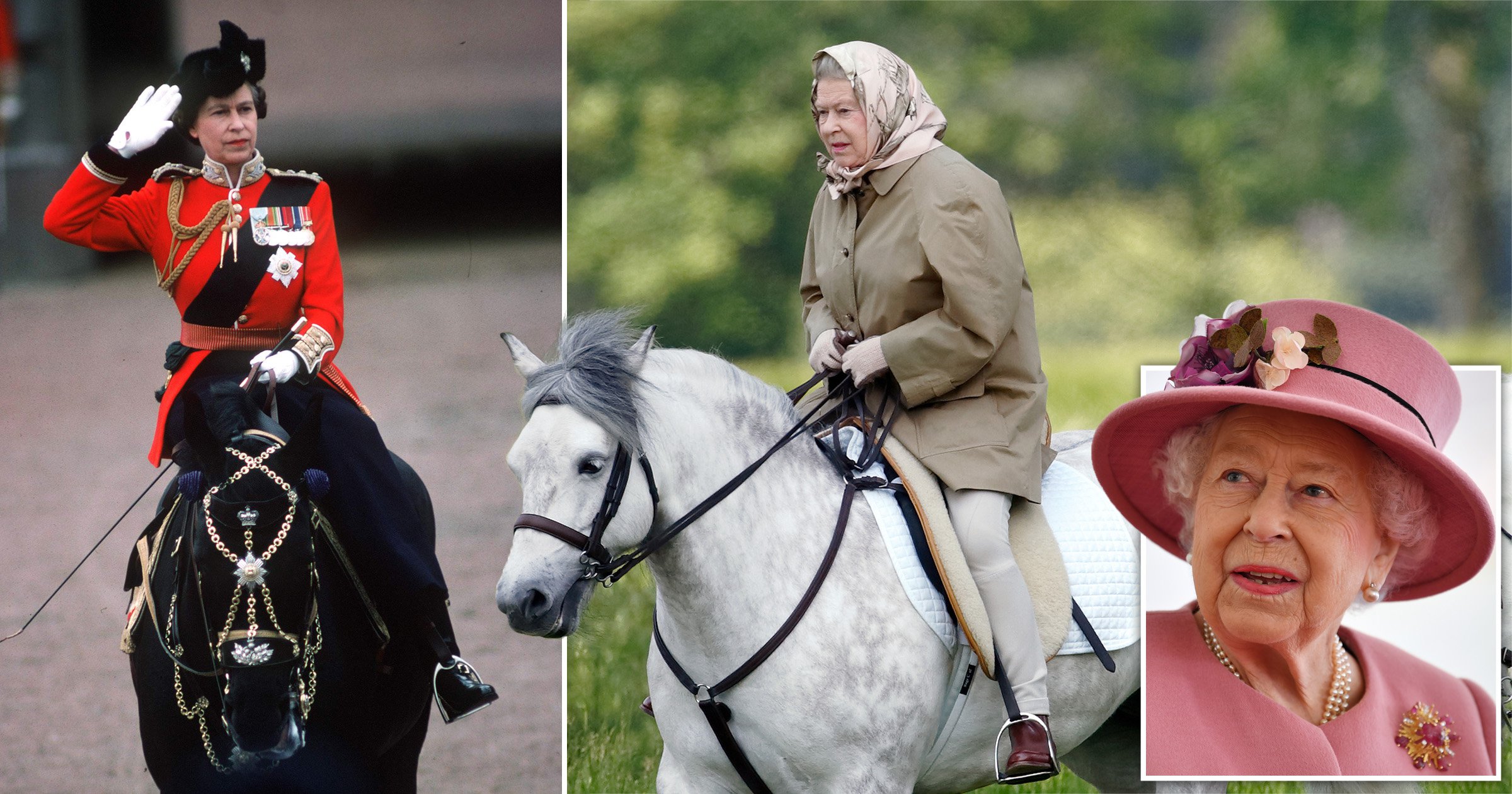 Her Majesty was forced to give up horse riding two months ago after experiencing ‘discomfort’, reports claim.

The Queen, 95, is said to be ‘extremely disappointed’ after being told to put her favourite hobby to the side in early September.

But she is ‘determined to get back to it’ after she follows doctor’s orders to get some rest.

There are concerns for her health as she cancels an appearance at the UN’s climate summit after spending a night in hospital last week.

A Balmoral source told The Sun: ‘She was in quite a bit of discomfort. She adores riding and it has been part of her ritual for most of her life.

‘She has been extremely disappointed not to go riding since the beginning of September.’

She has also been told to give up her daily walks with her corgis on her Windsor estate.

It comes after she was pictured using a walking stick at an event for the first time.

The Queen first fell in love with equestrianism when she was given a Shetland pony aged four.

She went on to become a successful owner and breeder and has won more than 1,800 races.

Her lifelong dedication to the sport was honoured when she was inducted into the flat racing hall of fame earlier this month.