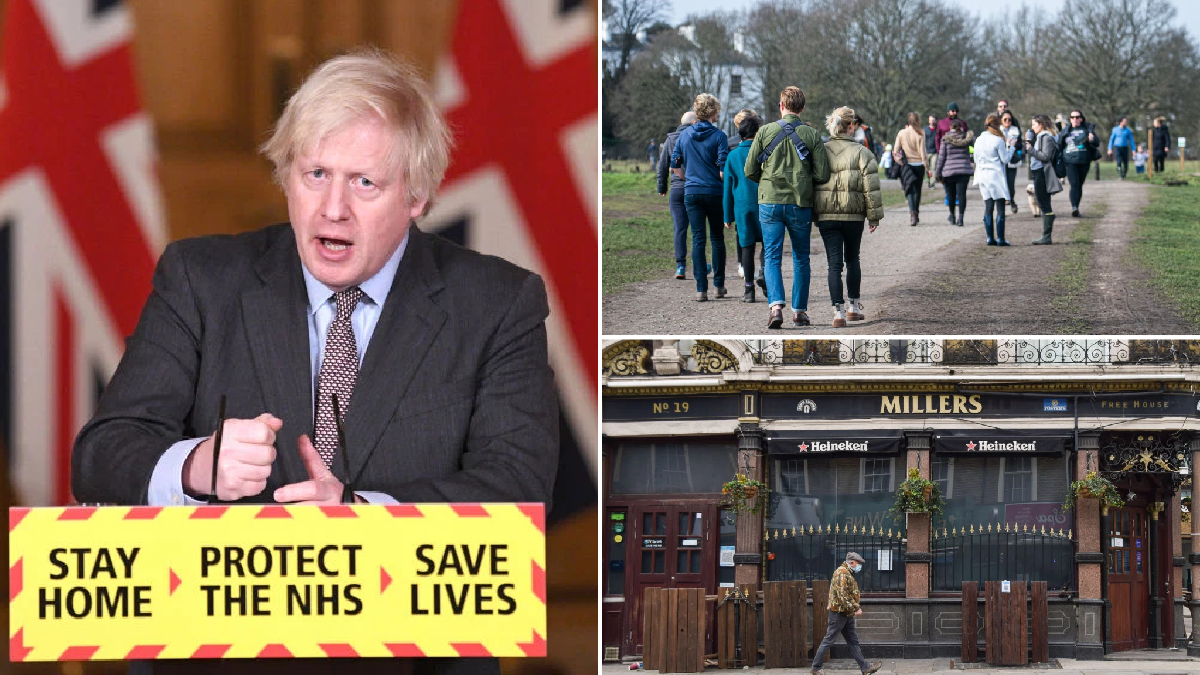 Boris Johnson is expected to reveal a four-step plan for leaving lockdown that will ditch the regional tier system in place at the end of last year.

The Prime Minister is due to unveil his roadmap for lifting Covid restrictions on Monday after the UK hit its vaccine target of 15 million people last week. It is mostly likely there will be a phased reopening, with the PM giving estimated dates for different activities returning.

He will state that outdoor sport can resume from the end of March, with teams games allowed to resume play, The Sun reports.

Restrictions on close family interaction will then be softened, with grandparents able to hug their grandchildren within a matter of weeks, it was claimed.

Care home residents will also be able to have visitors step inside the premises, and even hold their hand, reports suggest.

A Whitehall source said further details would also be given about the return of businesses, such as non-essential shops. However a full reopening for cafes, bars and restaurants, is unlikely to happen until May, although venues may be allowed to have guests outside before then.

A senior government source also noted: ‘There will be no more tiers. We’ll be taking these steps as one nation. No region will be left behind this time. We’re in this together and shall leave together.’

Schools are already on course to begin reopening from March 8, with Johnson expected to say that all year groups can return to the classroom.

But a number of organisations representing teachers and headteachers have branded the plan ‘reckless’ and noted that Covid infection rates remain more than four times higher than when schools reopened in September last year.

Young children aged between five and 12 also remain among the groups where Covid is most prevalent. Chris Whitty, the chief medical officer for England, is said to be ‘very unhappy’ with 10 million members of staff and children returning in one go.

Today Health Secretary Matt Hancock confirmed Johnson’s roadmap was still being worked on ahead of the press conference on Monday. He told Sky News’ Sophy Ridge there would also be new targets for the UK’s vaccine rollout, with all over 50s offered a jab by the end of April.

He went on to say the Government was taking time to get the easing of restrictions ‘right’, adding that the way out of lockdown had to be done through a ‘cautious and irreversible approach’.