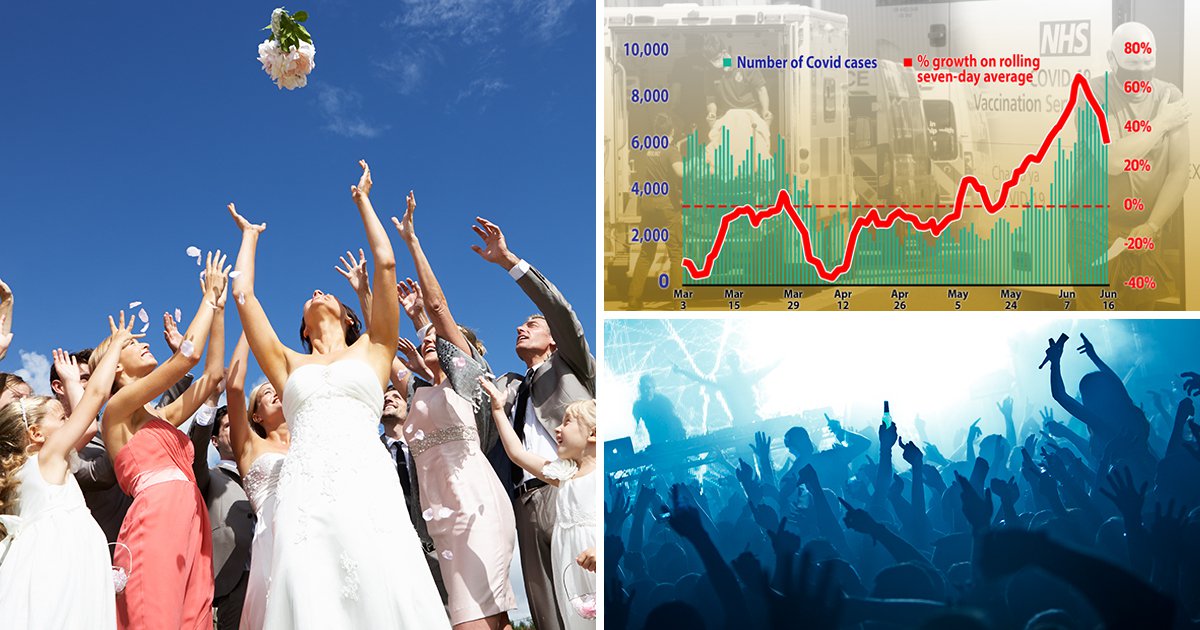 Boris Johnson is said to have demanded a two-week ‘review point’ which could see freedoms finally return in England on July 5.

Real-world data from the past few days suggests vaccines are working better than forecasts predicted when the original June 21 reopening date was postponed on Monday.

Modelling by Sage, the government’s science advisers, suggested hospitalisations could have matched the numbers seen in the first wave of the pandemic if the so-called ‘Freedom Day’ went ahead next month.

Cases of the Indian variant are still rising, with yesterday’s data recording 11,000 cases – a nearly 50 per cent rise on Thursday’s figure of 7,393 and the highest daily total since February 19.

The latest figures from Public Health England (PHE) show hospital admissions rose to a two-month high on Sunday, the last day on which data was available, after growing steadily in recent weeks.

A government source told the Daily Mail: ‘The decision to delay reopening was so finely balanced – probably the most difficult decision of the whole pandemic – that the PM wanted a review point built in so that if things did change we could move sooner.

‘No-one wants these restrictions in place for a day longer than necessary.’

Ministers still believe July 19 is the most likely date for reopening, but are now said to be preparing for a ‘genuine review of the data’ in two weeks’ time.

It comes as new figures estimate over 90 per cent of people aged 50 and over had received both doses of a vaccine by June 13.

Although experts believe the second dose is key to preventing infections, the first dose dramatically reduces the chance of serious illness – and this remains the case despite the invasion of the Delta variant (formerly known as the Indian variant).

One dose of the Oxford vaccine gave 71 per cent protection against the Delta variant, compared to 76 per cent against the Kent variant.

After the second dose, protection from each jab against the Delta variant rose to 96 per cent and 95 per cent respectively.

All in all, an analysis of 14,000 people who caught the highly-infectious strain found 166 ended up in hospital.

NHS England lead for the Covid vaccination programme, Dr Emily Lawson, said: ‘Getting the vaccine is the single most important step we can take to protect ourselves, our families and our communities against Covid-19 and it’s so important to keep up this momentum.

‘I would urge everyone to go to book your jabs now and join the tens of millions who have already been protected.’