Royal fans were delighted this week when Buckingham Palace confirmed that Princess Beatrice had married Edoardo Mapelli Mozzi in a secret, low-key ceremony. When official photographs emerged, commentators were quick to note that her wedding dress looked familiar. She had chosen to wear one of the Queen’s old dresses, which the monarch donned in the Sixties, remodelled with new sleeves to make it an appropriate outfit for the church ceremony.

The sweet sentiment was not lost on royal crowds, who recognised the close relationship between the monarch and her granddaughter.

However, Beatrice is not the only royal whose dress had an underlying meaning — Meghan is thought to have been inspired by another European royal in her wedding attire.

Meghan wed Prince Harry in May 2018, in a Givenchy gown designed by Clare Waight Keller.

Royal commentators immediately began to draw comparisons with the dress Princess Angela of Liechtenstein wore during her own wedding in New York City in 2000. 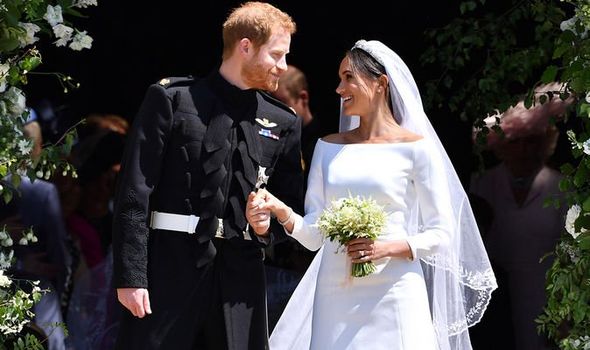 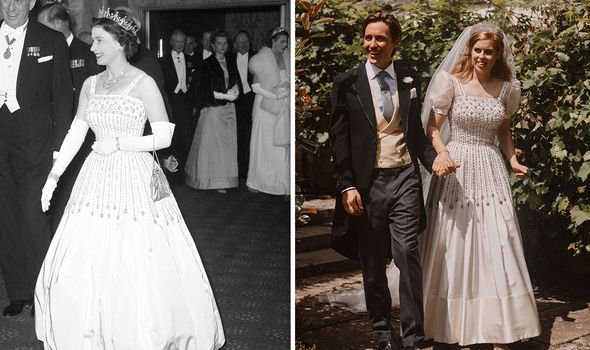 She wed Prince Maximilian of Liechtenstein — fifth-in-line to the principality between Switzerland and Austria — in a dress with a bateau neckline with a modern aesthetic.

Town & Country noted in May last year: “While Meghan Markle’s neckline was a bit wider than Angela’s, both women kept their jewelry simple and accessorized with tiaras worn far back on their heads, flowing veils and their hair pulled into low buns.”

The article commented that “it may be a total coincidence”, but the similarities in the dresses left royal spheres wondering if Princess Angela was Meghan’s inspiration.

Town & Country continued: “Known as Angela Gisela Brown before her wedding, Princess Angela who is also of African heritage, was born in Panama and eventually moved to New York where she met Prince Maximilian in 1997 at a party.” 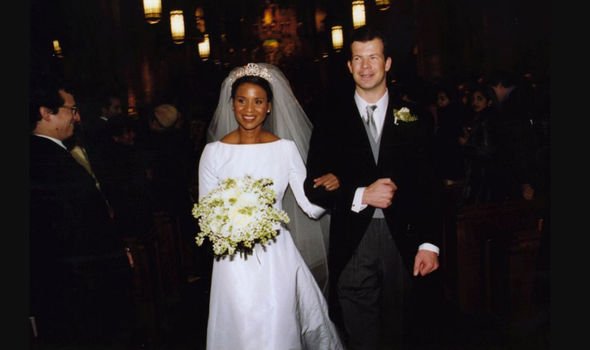 Meghan also grew up on the other side of the Atlantic Ocean, as she was born and raised in Hollywood.

In a 2015 essay for Elle magazine, she also explained her heritage.

She wrote: “My dad is Caucasian and my mom is African American.

“I’m half black and half white…While my mixed heritage may have created a grey area surrounding my self-identification, keeping me with a foot on both sides of the fence, I have come to embrace that.” 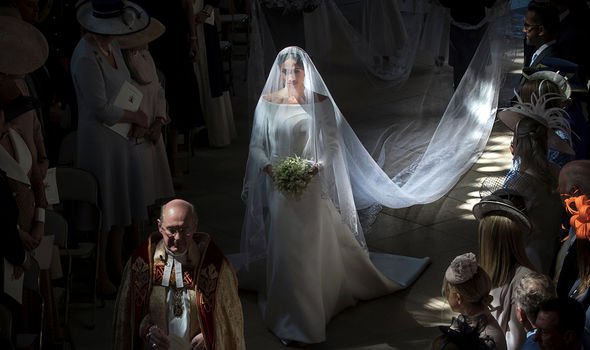 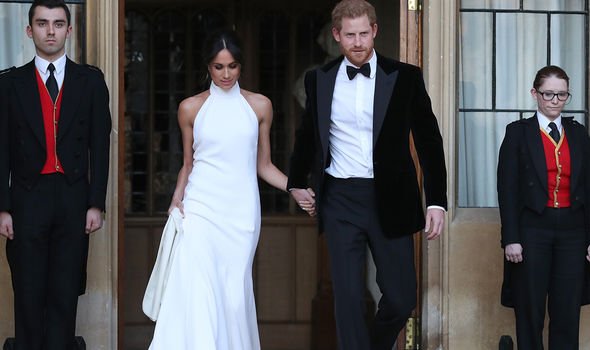 Angela’s marriage was considered groundbreaking because it was the first time someone of Afro-Panamanian ancestry married into a reigning European family with full support of the sovereign.

Meghan’s marriage to Harry was similarly praised, as it marked the first interracial marriage in modern British history.

As a fashion designer, Angela ran her own fashion label and so designed her own dress for her wedding.

Yet, according to ABC, Kensington Palace did not acknowledge that Angela may have been a source of inspiration to Meghan.

Kensington Palace told the outlet at the time of the wedding: “The dress epitomises a timeless minimal elegance referencing the codes of the iconic House of Givenchy and showcasing the expert craftsmanship of its world-renowned Parisian couture founded in 1952.

“The focus of the dress is the graphic open bateau neckline that gracefully frames the shoulders and emphasises the slender sculpted waist.

“The lines of the dress extend towards the back where the train flows in soft round folds cushioned by an underskirt in triple silk organza.

“The slim three-quarter sleeves add a note of refined modernity.”

Meghan also added a personal touch by asking for the state flowers of each of the Commonwealth members to be embroidered on her veil.