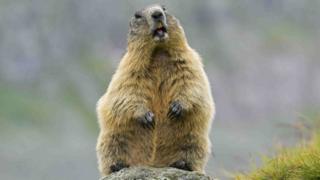 Russian public health officials and police are visiting communities near Mongolia warning them not to hunt marmots, as at least two people have caught bubonic plague in Mongolia.

In western Mongolia a quarantine has been imposed on Khovd province.

Highly infectious bubonic plague killed about 50 million people across Africa, Asia and Europe in the 14th Century. The bacterial disease was named the Black Death after the dark swellings or “buboes” that victims suffered.

Today plague can be treated effectively with antibiotics if caught in time, but left untreated the fever can kill a victim in a very short time.

Russian media report that there have been previous outbreaks of plague in Altai and that the consumption of infected marmot meat is a known transmission route.

The public information campaign in Altai’s Kosh-Agach district is being led by the Russian food hygiene agency Rospotrebnadzor.

Leaflets are being distributed in remote communities and a mobile lab for rapid diagnosis has been sent to Tashanta, near the border. Most cross-border traffic – apart from food deliveries – is already banned because of the coronavirus lockdown.

The government in neighbouring Tuva, another mountainous region bordering on Mongolia, has also warned citizens of the plague risk, and told them not to hunt marmots.

A Tuva government notice says “the bacteria are spread by fleas which inhabit the fur of rodents. Rats and the meat of marmots and camels are dangerous to humans”.

The Russian government daily Rossiiskaya Gazeta reports that 16,500 people were inoculated against plague at the start of the hunting season in Kosh-Agach.

“Since the middle of the last century the Kosh-Agach district has been a known natural hotbed of plague,” it reports.

In 2016, in Altai, a 10-year-old boy was cured of plague after eating marmot meat. He had been staying with his shepherd grandfather.