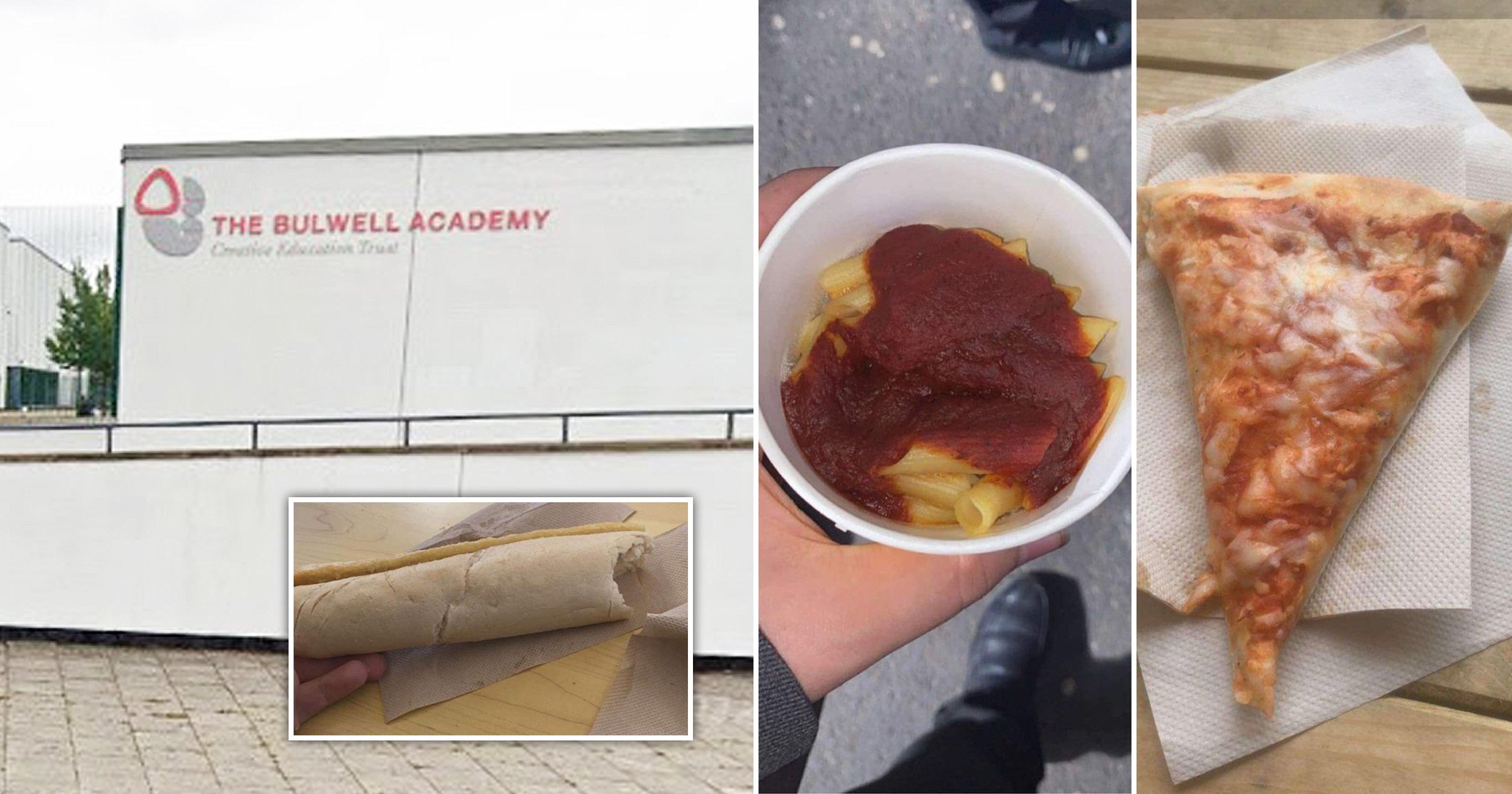 Outraged parents have accused a school letting their kids go hungry by feeding them small meals which lack nutrients.

Some meals handed out at Bulwell Academy in Nottingham were said to be ‘worse than prison food’, with one option including a polystyrene tea cup half-filled with pasta and a ‘blob of sauce’.

Photos showed other bland and measly-looking dinners including a single small slice of margherita pizza and a small sandwich with one filling.

The school offers a variety of hot nutritious meals, with dishes on rotation including beef lasagne, curried chickpeas with kale, vegetable chilli and fish & chips.

But dad-of-four Craig Laird says that while the main menu ‘looks very good’ many children ‘don’t eat that sort of food and have to suffice on a pizza slice’.

He added: ‘My daughter has a disability which involves having an enlarged tongue which is really sensitive.

‘Half of these meals are spicy and she can’t have those, so she has to go for the second option which is a slice of pizza that basically looks like it has been bought from Aldi out of the cheap everyday range at 59p and you just get a piece.

While some days feature meals such as sausage and mash with carrots, others include choices such as spiced chicken or veggie Thai green curry.

Pupils who won’t eat such items and can’t afford packed lunches can have the ‘pasta pots’, a jacket potato, or a sandwich.

Mr Laird added:’ ‘It’s an 8-inch roll of bread that has been sliced and has a block of cheese in it and that’s it, it’s disgusting. They’re getting treated worse than in a prison.’

A mum, who asked to be anonymous, said: ‘School dinners are disgusting, flimsy pieces of pizza, no sides or even a drink with their meals.

‘My daughter’s always hungry, I never realised the meals were this bad, it’s like feeding animals scrap. Some kids only get that meal at school, it’s not good enough.

‘From what I’ve been told by my daughter they’ve always been like it, she has school dinners and been taking loads of snacks to keep her going. How are kids meant to focus on work when they’re not eating properly?’

‘Our catering staff work hard to ensure that all our menus are nutritionally balanced however we welcome suggestions for future menus.

‘We ask about dietary requirements before pupils start at Bulwell Academy and tailored menus are created based on their needs. Our newly appointed student form representatives will also be involved in menu choices going forwards to ensure that student voices are heard.’