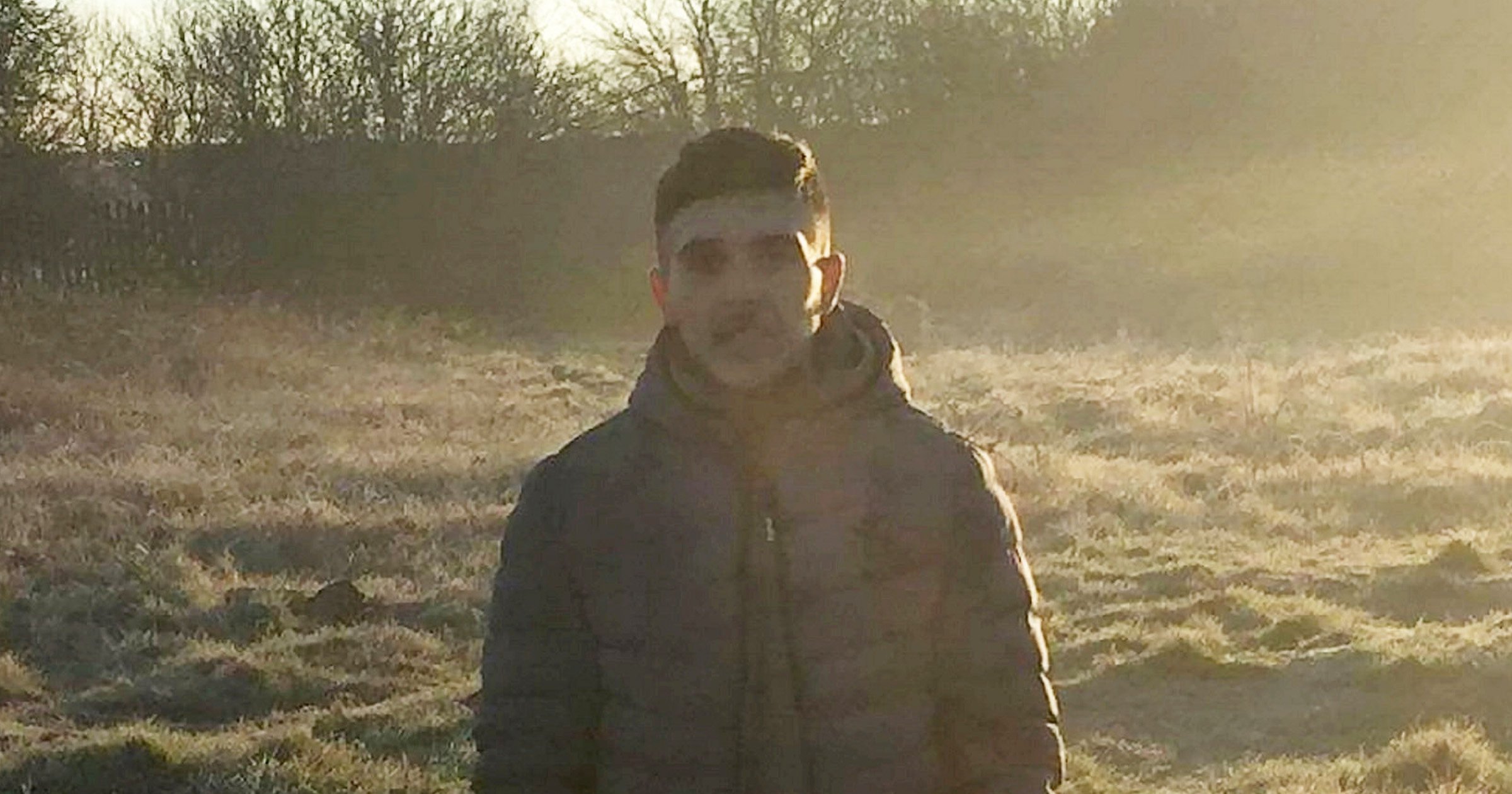 This is the picture which helped police bring a sex offender to justice.

Alexandra Muresan, 15, was walking to school in Leeds, West Yorkshire, when she was attacked by Nathan Rawson, who threatened her with a knife.

Now 19, Alexandra has spoken out about what happened publicly for the first time.

The kidnapper grabbed her by her waist, showed her a knife and forced her to walk with him into a woodland area.

‘When he came towards me, I saw the handle of his knife and I just grabbed it and started pulling,’ Alexandra said.

‘There was just so much adrenaline – my whole body was shaking. I don’t know why – it’s what came to mind straight away and I just did it.

‘I did rugby for two years, so I managed to get it off him eventually.’

The knife did cut her hand but she managed to quickly take photos of Rawson before he ran away.

She said she feared she would be ‘killed or raped’, and called an ambulance for her hand immediately afterwards.

The images of him standing in a field were published in an appeal by West Yorkshire Police, and Rawson was later arrested.

At Leeds Crown Court last May he admitted kidnapping, wounding, possession of an offensive weapon and two unrelated counts of burglary, and was jailed for 13 years and eight months.

He has a previous conviction for sexually assaulting a woman after stalking her through the streets in a similar offence committed in February 2016.

Alexandra said although she was a ‘little bit scared’ to go out alone after what happened, it has now ‘boosted her confidence’.

‘I don’t even know how to describe how I felt after it happened,’ she said. ‘It’s not really something you experience every day.

‘My mum and dad were obviously really worried about me, but they did everything they could to help.

‘They wanted to take me to therapy, but I’m not the kind of person to talk a lot and go to therapy.

‘At first, I was a little bit scared to go out by myself, but at the same time, as I grew older, it kind of boosted my confidence.’

The police have now given Alexandra a bravery award for her actions.

‘It was a nice night – but it was nerve-wracking, because you had to go onstage and collect your award in front of everyone,’ she said.