When Kurt and Tamara Raschke started house hunting, they had two criteria: more living space and lower property taxes. They found both in Shelton, a city on the southeastern edge of Fairfield County, Conn., hugged by the Housatonic River.

Mr. Raschke, 42, is a therapeutic rehabilitation therapist at Whiting Forensic Hospital, in Middletown; Ms. Raschke, 35, is a special-education teacher in Bridgeport. In 2015, they bought a three-bedroom raised ranch in Shelton with 2,710 square feet — more than twice the size of the home they sold in neighboring Stratford. They paid $348,000 for the new house, built in 1977 on almost an acre, where Mr. and Ms. Raschke and their sons, ages 11 and 4, enjoy their pool and tennis court. 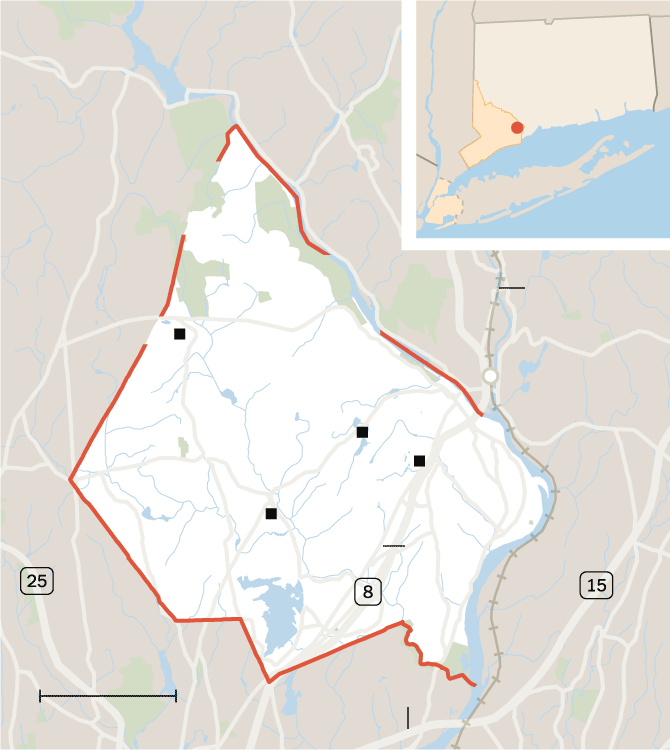 By The New York Times

The 31-square-mile Shelton is part suburb, part historic village, part gritty downtown, part industrial complex, part commercial corridor, part open space. The house the Raschkes bought is bordered by woods; a brook meanders nearby. “It’s isolated and quiet,” Mr. Raschke said, “but all the shopping we need is about five seconds away.”

When they moved to Shelton, the Raschkes recognized the city’s potential for growth. “We wanted to be in a place where the value of our home would increase,” Mr. Raschke said. “Shelton is still up and coming.” 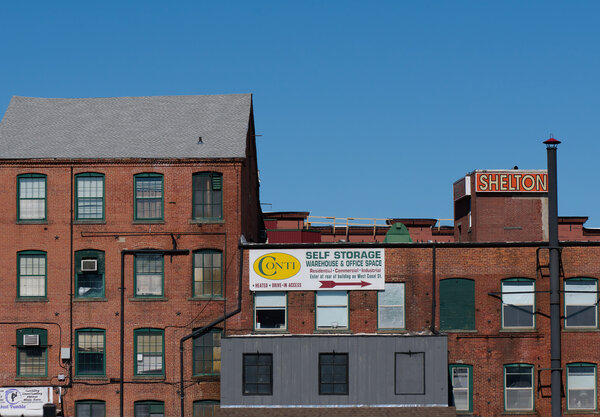 That is evident across the city. “We have residential and commercial construction all over,” said Mark A. Lauretti, Shelton’s mayor since 1991.

Information provided by Joshua O’Neill, of the city’s Planning and Zoning Department, showed 11 residential projects underway, with more to come. Four will add 226 apartments to the city’s downtown, where former factories are being converted into mixed-use rental buildings. Elsewhere, developments include single-family homes, condominium complexes, apartments buildings and 55-plus housing.

The city is also luring new businesses, like White Hills Distillery, set to open this year with its own farm-to-flask vodkas, bourbons and more. In 2018, the Yankee Institute for Public Policy ranked Shelton as No. 8 in the state’s “Top Ten Business-Friendly Towns.”

Mr. Lauretti also touted its quality of life (“from education, to recreation, to public safety, to good roads”) and its affordability (“our taxes are among the lowest in the state”). He described the city’s population of approximately 41,200 as a mix of families, young professionals and longtime residents, “who can stay in their homes without being priced out.”

A drive around Shelton reveals its multiple personalities. The hilly neighborhood of White Hills, in the northwest, has an open feel thanks to scenic vistas and some sprawling farms. To the southwest is the Huntington neighborhood, the city’s historic district, anchored by the Huntington Green and two 19th-century, white-clapboard churches. East of Huntington, a cluster of office parks houses Bic Corporation, Prudential Insurance and other corporate headquarters.

Running roughly four miles north-south, Bridgeport Avenue is lined with shopping plazas filled with chain stores. Shelton’s downtown abuts the Housatonic River, which flows for nine miles along the city’s northern and eastern boundaries. Interspersed throughout is a network of greenways and parks covering more than 2,700 acres.

William Gaffney, Shelton’s assessor, said the city is 88 percent residential, with 14,856 one-, two-, three- and four-family homes, and 63 five-family homes. Ranches, raised ranches and colonials are prevalent; lots range from an eighth to a full acre. Shelton also has 66 condominium complexes with almost 3,000 units, and 20 rental apartment buildings with about 1,300 units.

As in many suburbs, demand has spiked during the pandemic, leaving inventory low. “The buyer pool keeps growing, and it’s driving the market up,” Mr. Granata said.

That’s good news for the Raschkes. Maureen Mrozek, an agent with William Raveis Real Estate, estimated that today their property would fetch $450,000, a nearly 30 percent increase.

The market this spring “is crazy,” Ms. Mrozek said. “Houses are selling within a day or two of being listed, sometimes over asking, often with multiple bids.”

Shelton holds an array of annual events, including summer concerts and a holiday tree-lighting on the Huntington Green, and Shelton Day, celebrated downtown in October. Residents bump into one another at the seasonal Shelton Farmers Market, the Shelton Dog Park and the Shelton Community Center, with its pool, basketball court and fitness classes. There are two library branches, one in the community center and the other, the Romanesque-style Plumb Memorial Library, downtown.

Foodies can choose from several supermarkets and plenty of restaurants, among them Amici’s, downtown, and Matto Wine Bar, on Bridgeport Avenue.

Outdoor enthusiasts will find 30 miles of hiking trails and walking paths, from rugged to universally accessible. They can boat and fish on the Housatonic River, swim at Indian Well State Park and golf on one of two private courses. At the 400-acre Jones Family Farms, in White Hills, they can harvest their own strawberries, blueberries, pumpkins and Christmas trees. They can pick apples at Beardsley’s Cider Mill & Orchard, beloved for its doughnuts and pies.

And they can do all this with a sense of well-being. Safewise, a security analysis website, recently ranked Shelton the ninth-safest city in Connecticut.

Shelton’s approximately 4,670 students are served by the Shelton Public Schools system. Students in kindergarten through fourth grade attend one of five neighborhood elementary schools and converge for fifth and sixth grades at Perry Hill Upper Elementary School. Seventh- and eighth-graders attend Shelton Intermediate School, then move on to Shelton High School. A prekindergarten special-education program is available for students ages 3 and 4. The district has been following a pandemic-responsive hybrid model.

Data from the Connecticut State Department of Education’s EdSight portal indicated that on the 2018-19 Smarter Balanced assessments, 73 percent of the district’s fourth-graders were proficient in English language arts and 69 percent were proficient in math; statewide equivalents were 55 percent and 53 percent.

The closest train station is in Derby, less than a mile across the Housatonic River, at Derby-Shelton, the southernmost stop on the New Haven Line’s Waterbury branch. But service is limited, and a transfer is required at Bridgeport.

Drivers have easy access to Interstate 95 and the Merritt Parkway. The trip to Manhattan takes less than 90 minutes, barring traffic.

In the summer of 1953, in nearby Fairfield, David N. Mullany watched his 12-year-old son and some friends attempt a game of backyard baseball using a broomstick and a perforated golf ball. An out-of-work entrepreneur and accomplished pitcher, he found his interest piqued. Could he design a ball dynamic enough to achieve a satisfying curve, but light enough not to smash the surrounding windows?

Mr. Mullany began experimenting with plastic spheres used to package perfume, cutting out shapes until he landed on a pattern that worked: a solid bottom with eight oblong slots around the top. His son named the ball Wiffle, from the expression “to whiff,” a neighborhood taunt meaning a swing and miss.

The Wiffle ball was patented in 1954, and within four years, Mr. Mullany opened a factory in Shelton. The building remains the headquarters of The Wiffle Ball, Inc., now run by Mullany’s two grandsons and the source of millions of those white plastic balls.