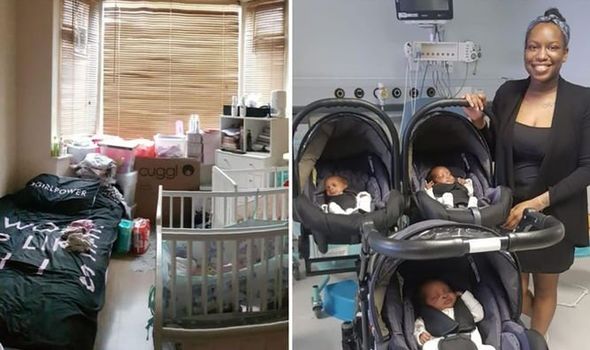 Latifah Campbell, 23, who turned down the option of temporary accommodation, has accused council chiefs of ignoring her plight. The mum, who is on Universal Credit, has been forced to live in her friend’s tiny living room while housing officials find a place suitable for her family.

Latifah says the suggestion of temporary accommodation made by Birmingham City Council is “not suitable for babies”.

Speaking to Birmingham Live, the aspiring midwife said: “We’ve been staying in my friend’s living room and using it as a bedroom. It was always meant to be temporary as we are crammed into one room together.

“I’m still here now and haven’t been able to find anywhere else.

“The council has told me I have to wait. I’m stressed, the girls are stressed. It’s not a good environment as they are growing up and it’s a small space.

“I have done a homeless application as technically I am homeless. The council said there was nothing it could do unless I went into temporary accommodation – but that is not suitable for babies. 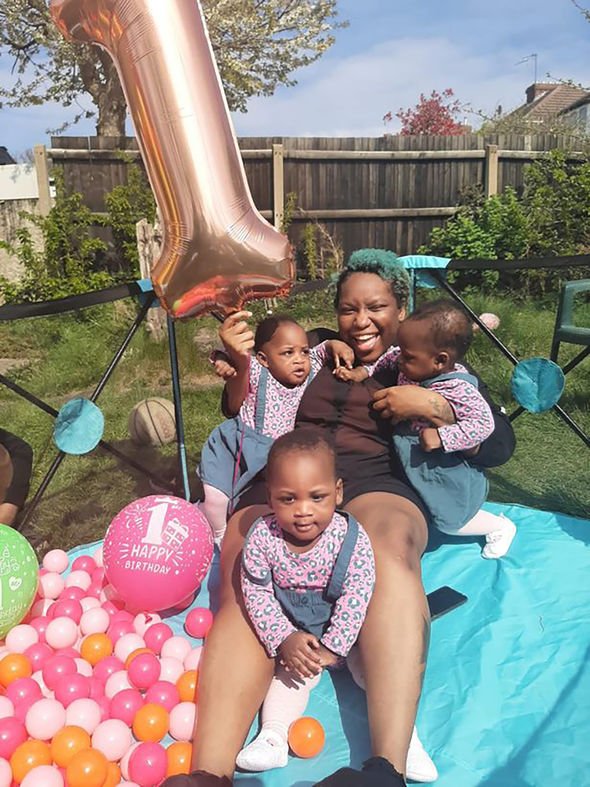 Latifah, who grew up in Birmingham, has applied for two and three-bed council homes. She initially tried to get council housing last May – but her application was rejected as she was in hospital in London at that time.

She said she applied again to the council in February, along with her homeless assessment. But she said she was now very worried about what the future may hold for her young family.

“I’m in limbo. I’m told I have to wait, but I feel nothing has been done. I have no idea how far down the queue I am,” the mum continued.

“The council said I would be entitled to a three-bedroom home as there’s four of us, but a two-bedroom would be great.”

But more than 17,000 people are currently on Birmingham City Council’s waiting list for housing.

More than 4,000 council tenants require rehousing and 3,500 homeless households are in temporary accommodation.

Jamaican-born Latifah currently has a single bed, three cots, a chest of draws and a fridge in the living room in the Great Barr area of the city.

Her plight has divided opinion, with residents commenting on social media.

“I hope she is able to find somewhere soon and stay on with her studies and gets the support she needs,” reads one Facebook post.

“Being homeless not a choice,” says another.

But one man posted: “People have a responsibility to provide for themselves, and not expect hand out all the time.”

Another user shared: “She was offered temporary which she refused preferring to stay in her mate’s lounge. Temporary is better than nothing.” 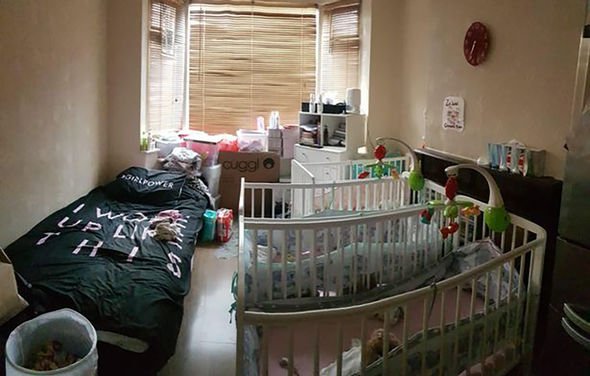 She said she was incredibly grateful to her friend and her mum, who “have been so kind to me.”

“Without them I don’t know what I’d do or where I’d be,” Latifah said.

“I do have some support around me. But at the same time I can’t really do what I’d like to do or what I’d want to do as I haven’t got my own space.”

The young woman had been working and studying in London when she fell pregnant.

“In December 2019, one of the babies had a very fast heartbeat.”

Recalling the traumatic childbirth, Latifah continued: “They said I could leave it as it was or I could go into early labour and the babies might not survive or I could have surgical stitch around the cervix to keep them in as long as possible.

“That worked and I had them at 29 weeks. It was a pretty difficult thing.”

The girls were born through c-section at St Thomas Hospital, in central London, on April 19, 2020. Za’lahni was born first, weighing 3lbs 4oz, followed by Ah’zari who weighed 2lbs 9oz, and Zeh’rai, who was just 1lb 15oz. 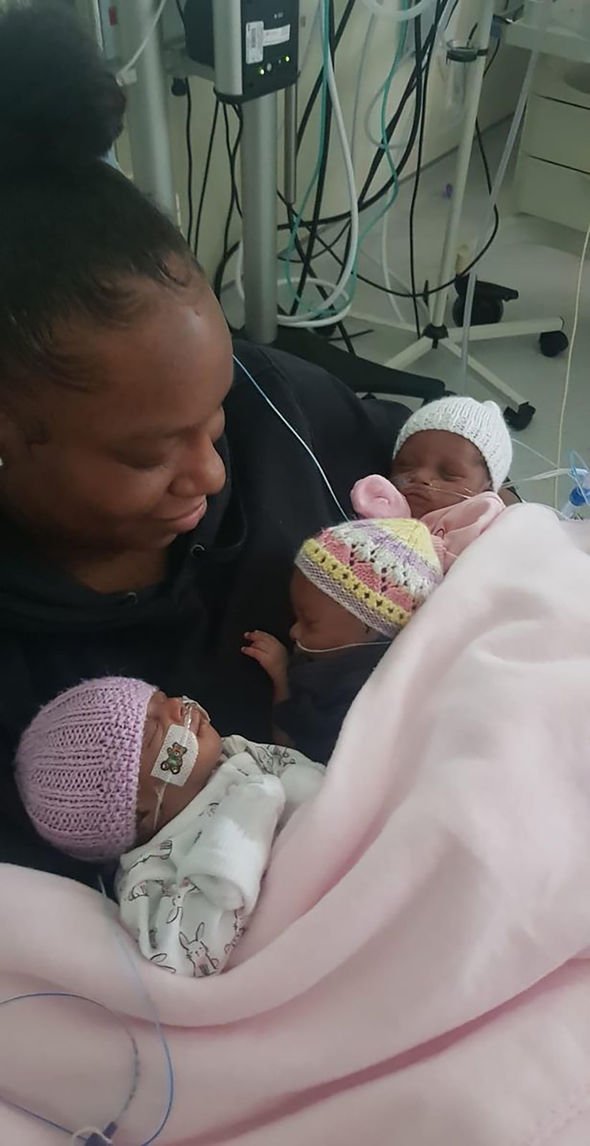 Latifah stayed in accommodation next to the hospital for about two months while her babies were incubated. She moved back to Birmingham in June and is living with her friend and her mum.

Za’lahni has a heart condition and last December was diagnosed with a form of epilepsy. She needs to be on medication for her heart and spasms.

But Latifah said her children were doing well and were all “mischievous” after their first birthday last month.

The council, controlled by the Labour Party, said staff worked tirelessly to support people who were homeless or at risk and there was a long waiting list for social housing.

A council spokesperson said: “Whenever anyone approaches us as homeless, Birmingham City Council will always do its level best to support them and provide them with the best possible advice.

“And where this is not possible, we are working collaboratively with partners across the city to ensure suitable accommodation is found including helping families to find accommodation in the private rented sector, with the help of a rent deposit scheme.

“As has been widely reported, we have a long waiting list for social housing which means placing families is very challenging owing to a shortage of accommodation.

“Anyone who finds themselves in need of accommodation should, as a matter of urgency approach the Housing Options Centre – who will then review their case and work though all potential options with them.”