There were only two dozen of them.

They held their phones up to the windows of the coach to film from inside their first moments in a new country.

The smiling and waving said it all. 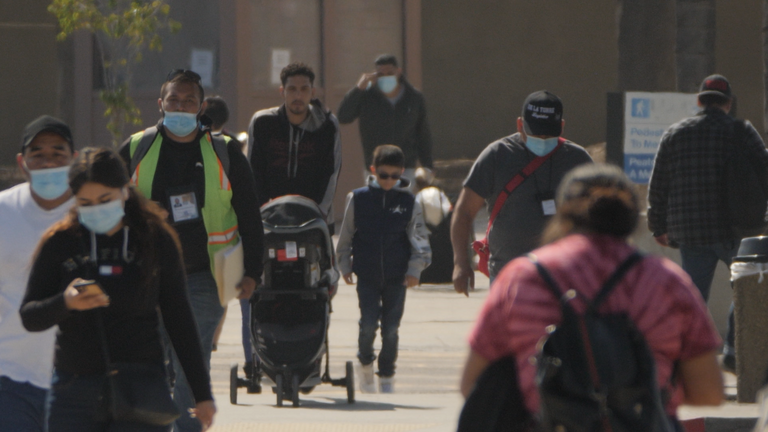 They represented the most dramatic, the most visible illustration yet, of Joe Biden’s wholesale rejection of Donald Trump’s immigration policy.

The group was picked from the tens of thousands forced by the Trump administration to wait in Mexico while their asylum applications to the US were processed.

The “Remain in Mexico” policy was just one of many controversial Trump border measures.

But, in the warm winter sunshine at the San Ysidro port of entry in San Diego, years of uncertainty came to an end. For a handful anyway.

The most vulnerable were chosen first.

The Biden administration has started the process of slowly clearing the backlog that has massed over the border in Tijuana. The aim is to process a few hundred every day and send them on their way to points across America to await a court date.

From his first day in office, the new president signalled an approach to immigration that is the polar opposite to Trump’s.

On the Muslim ban, the border wall and young migrants, everything is different now.

Unpicking “Remain in Mexico” is just the latest action. “This is a very historical moment,” said campaigner Dulce Garcia. “Even if it is only 25 people at first, it is a step in the right direction.” 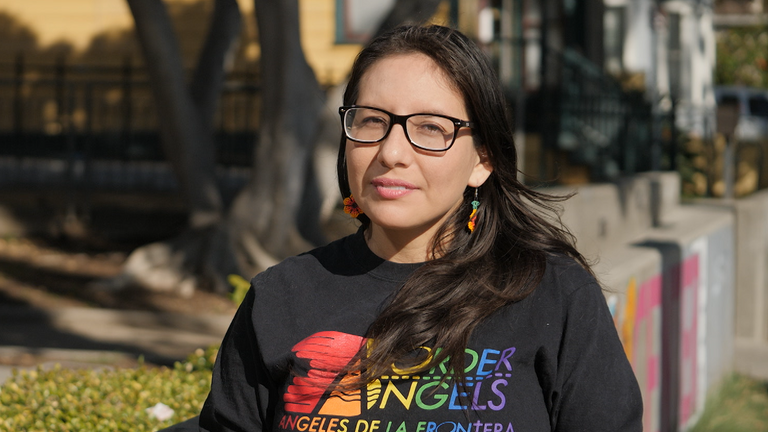 A lawyer who once took Trump to court, Garcia is herself undocumented, one of those routinely labelled illegal. Brought to America as a child, she was at risk of deportation during Trump’s presidency.

Now she sees a Biden administration even insisting on the use of the term “non-citizen” instead of “illegal immigrant” in messaging and among immigration officials.

“This is something we have been screaming for at the top of our lungs, to get rid of the hateful rhetoric. It’s not about sticks and stones or hurt feelings. This is about how we treat other human beings.”

Biden’s immigration legislation is certain to face fierce opposition in Washington. The shift at the border has also run into practical problems. Many of those seeking entry don’t have online access they need to complete the paperwork.

But there is a bigger concern, even among immigration activists, that Biden’s softer tone is sending a signal to would-be migrants that the border is open.

This as the White House insists that, for most people seeking entry, the policies at the moment remain the same and the border is in fact shut. 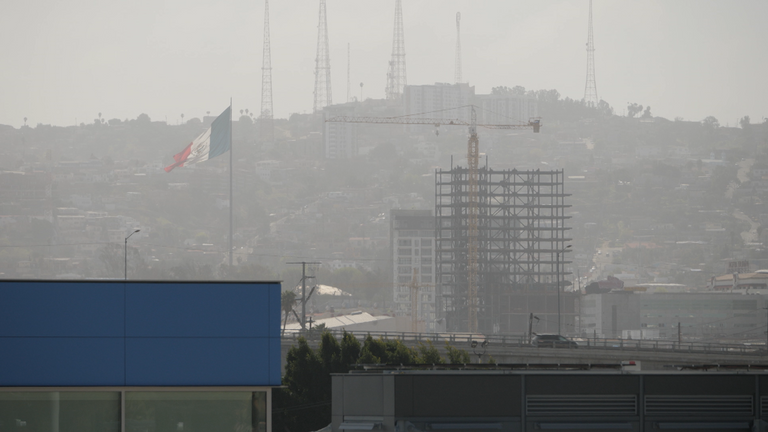 Images of so-called migrant caravans from central America making their way north towards Mexico are causing alarm amongst those who offer support at the border.

“People are starting to head in this direction,” said Chris Williams, who runs refugee services at Catholic Charities in San Diego.

“We are very much concerned about what’s going to happen if they get here and the country is not yet ready or able to admit them.”

There are many though for who the desperation is such that they take the chance. Felix fled Honduras in fear of the gangs who murdered his brother. He now waits across the US-Mexico border in Tijuana.

“I’m optimistic but the numbers being allowed over are very small. I don’t know what will happen to me but I am more hopeful.”

The inspiration is those first 25 to make it across, the coach taking them to new lives, the shadow of the new sections of Trump’s border wall disappearing in the rear view mirror.